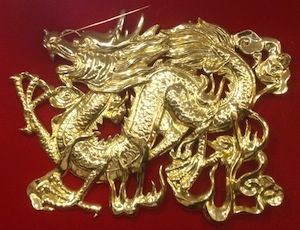 The Chinese year 4710 begins on January 23, 2012. According to the Chinese zodiac it will be the Year of the Dragon, the most auspicious of the twelve zodiac animals and the only one that is a mythical creature

Unlike the European view of dragons as evil, fire-breathing monsters, the Chinese associate dragons with good fortune, fertility and water. They are thought to frolic among the clouds and in lakes, rivers and the sea. Representing great power, the five-clawed dragon was the exclusive symbol of the emperor during imperial times. The dragon remains a strong, multifaceted cultural symbol for the Chinese. Dragon dances (as well as lion dances) are often included in Chinese New Year celebrations, dragon boat races are held on the fifth day of the fifth month of the Chinese calendar, and many Chinese restaurants that host wedding banquets prominently display decorations featuring a dragon with a phoenix, representing the groom and bride, respectively.

Careers supposed to be suitable for persons born under this sign include inventor, architect, lawyer, philosopher, psychoanalyst, salesperson, manager, politician or advertising agent. 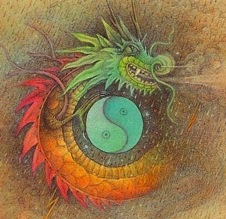 [note: Mandarin pronunciations are transcribed below using the pinyin system. Pronunciation in other dialects, such as Cantonese, can be quite different.]

The Chinese calendar is lunisolar (not purely lunar). Months begin with the new moon (when it is darkest). New Year's Day usually falls on the second new moon after the winter solstice. The year 1 on the Chinese calendar corresponds to the first reign year of the legendary Emperor Huang Di (the "Yellow Emperor"), who is said to have invented the calendar during the 61st year of his reign.

The most familiar aspect of the Chinese zodiac is the cycle of twelve animals - one per year - that begins with the rat. A lesser known cycle is that of the five elements (五行; pinyin: wǔ-xíng): wood (木; pinyin: mù), fire (火; pinyin: huǒ), earth (土; pinyin: tǔ), metal (金; pinyin: jīn) and water (水; pinyin: shuǐ). The combination of elements and animals produces a 60 year cycle, so that a 60th birthday is special cause for celebration (such as Dr. Yang's in 2006). 2012 is a Year of the Water Dragon. Water is thought to have a calming influence, so that persons born in a Water Dragon year are reputed to be less quick-tempered and arrogant, and more cooperative and tolerant than other dragons. 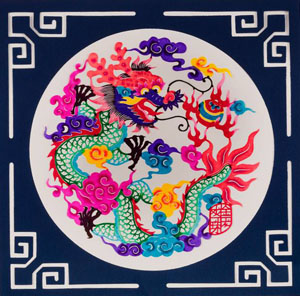 Another lesser known aspect of Chinese astrology is that the years alternate between yin (陰; pinyin: yīn) and yang (陽; pinyin: yáng). Because there are an even number of zodiac animals, each animal is considered either yin or yang. The dragon is a yang animal.

To Chinese, this most important celebration of the year is known as "Spring Festival" (春節; pinyin: Chūnjié). It is a time of family reunion. Family members gather at each other's homes for visits and shared meals, most significantly a feast on New Year's Eve. In Chinese societies, people may take weeks off from work to prepare for and celebrate this holiday.

At Chinese New Year celebrations people wear red clothes, decorate with poems on red paper, and give gifts of "lucky money" in red envelopes. They also set off fireworks. Both the color red and loud noises were once thought to scare off a horrible beast that was believed to leave its lair each year at this time to eat villagers. The Chinese word for "year" (年; pinyin: nián) originates from the name of this beast. 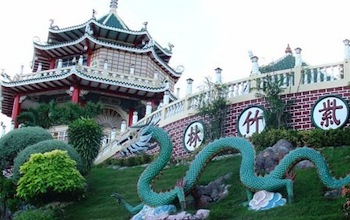 In some areas of China it's a popular custom to give oranges because the word used to say "orange" in those areas sounds similar to another word which means "good luck". People present oranges to their friends and relatives to express their respects and good wishes for the coming year.

The festivities of Chinese New Year traditionally end with the Lantern Festival on the fifteenth day (first full moon) of the new year. On this day, people hang glowing lanterns in temples, and carry lanterns to an evening parade under the light of the full moon. Some lanterns are works of art, depicting birds, animals, flowers, zodiac signs, and scenes from legend and history. The Lantern Festival celebrations often culminate with a dragon dance and fireworks.