How Do the Chinese Treat Arthritis? | YMAA
Skip to main content
FREE Shipping Order Over $70. (US Only, Conditions apply)    |   Up to 40% Off. Exclusions apply.

Home >> Articles >> How Do the Chinese Treat Arthritis? 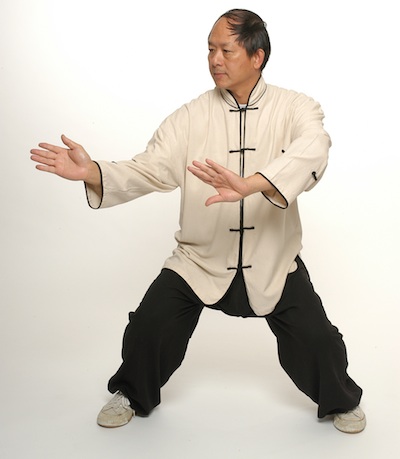 How Do the Chinese Treat Arthritis?

The best way to treat arthritis is to prevent it from happening. However, if it has already occurred, then the appropriate course is to prevent it from getting any worse, and then to rebuild the strength of the joint so that it can resume functioning normally. Generally speaking, if a case of arthritis has already reached the stage of serious physical damage, special treating is needed before any rebuilding can proceed.

The best way to treat arthritis is to prevent it from happening. However, if it has already occurred, then the appropriate course is to prevent it from getting any worse, and then to rebuild the strength of the joint so that it can resume functioning normally. Generally speaking, if a case of arthritis has already reached the stage of serious physical damage, special treating is needed before any rebuilding can proceed. During the treating and rebuilding process, alleviating pain is always the first concern.

When done properly, massage will improve the Qi circulation in the joint area. Massage is commonly used when a patient suffers from Feng Shi before arthritis and physical damage have occurred. At this time the Qi circulation is unbalanced, which may affect the nerves around the joints and cause pain. Feng Shi can occur when a joint is weak or injured, or when a joint has degenerated because of aging. The pain usually increases when rain is coming on, because clouds and moisture accumulate great masses of electric charges that affect the Qi in our bodies. Pain can also occur when the joints are exposed to cold wind, which can significantly affect the Qi of the joints.

Massage is not used just to heal Feng Shi. It is very effective in increasing Qi circulation and easing the pain even when the joint infection (arthritis) has already become serious. However, because massage cannot reach deep enough into the body, it is not wise to rely on it for a cure.

Acupuncture is another method of temporarily stopping the pain and can increase the Qi circulation in the joint area to help its healing. The main difference between massage and acupuncture is that the former usually stays only on the surface, while the latter can reach to the center of the joint. One of the advantages of acupuncture is that, if the arthritis is caused by an old injury deep in the joint, it can heal the injury or at least remove some of the stagnated Qi or bruise.

In acupuncture, needles, or other newly developed means such as lasers or electricity are used to stimulate and increase the Qi circulation. Although acupuncture can stop the pain and can, to some degree, cure the arthritis, the process can be so time-consuming as to be emotionally draining. Acupuncture is an external method, and while it may remove the symptoms, it can usually heal arthritis only temporarily or only to a limited degree. Therefore, after arthritis patients have received some treatment, the physician will frequently encourage them to get involved in Qigong exercises to rebuild the joint.

Herbal treatments are used together with massage and acupuncture, especially when the arthritis is caused by an injury. The herbs are usually made into a paste or ground into powder, mixed with a liquid such as alcohol, and then applied to the joint.

Herbal treatments are used to alleviate pain, to increase the Qi circulation and help the healing of the injury, and to speed up the process of re-growth. Patients who work to rebuild weak joints through Qigong exercises can speed the process with herbal treatments.

Cavity Press (Dian Xue) is the method of using the fingertips (especially the thumb tip) to press acupuncture cavities and certain other points (pressure points) on the body in order to manipulate the Qi circulation. Acupuncture cavities are tiny spots distributed over the entire body where the Qi of the body can be manipulated through massage or the insertion of needles. According to our new understanding of bioelectricity, these cavities are places where the electrical conductivity is higher than in neighboring areas. They are, therefore, more sensitive to external stimulation, and allow it to reach to the primary Qi channels.

The theory of cavity press is very similar to that of acupuncture. There are a few differences, however:

In cavity press, stagnant Qi deep in the joint is led to the surface. This improves the Qi circulation in the joint area, and reduces the pain considerably. The use of cavity press to speed up the healing of injured joints is very common in Chinese martial arts.

The main purpose of Qigong exercises for arthritis is to rebuild the strength of the joint by improving the Qi circulation. Traditional Chinese physicians believe that since the body’s cells are alive, as long as there is a proper supply of Qi, the physical damage can be repaired or even completely rebuilt. They have proven that broken bones can be mended completely, even in the elderly. Even some Western physicians have now come to believe that damaged or degenerated joints can be returned to their original healthy state.

Practicing Qigong not only can heal arthritis or joint injury and rebuild the joint; it is also known to be very effective in strengthening the internal organs. Many illnesses, including some forms of arthritis, stem from abnormally functioning internal organs. For example, an improperly functioning liver and kidneys cause gouty arthritis.

According to Chinese medicine, almost all illnesses are caused by abnormal Qi circulation. Internal organs are the devices that produce and manage the circulation of Qi. Keeping organs healthy is the key to health and longevity, and Qigong is one of the most effective ways of doing this. Chinese physicians also believe that when the internal organs are healthy, the immune system will be healthy and the potential for resisting sickness will be high. A weak immune system is responsible for many illnesses, and is considered to be closely related to the occurrence of arthritis. For examples lupus erythematosus, rheumatoid arthritis, Lyme disease, Sjogren’s syndrome, and scleroderma are all linked to a weak immune system.

Below are some differences in how Chinese and Western medicine treat arthritis.

Western medicine:  There are few documents that discuss how to prevent arthritis. It just does not seem to be considered important. Only when the symptoms of arthritis appear, treatment is started. Even if there is some joint pain and if there is no sign of arthritis in the X-rays, the physician may prescribe some medication for the pain, but other than that, he or she will all too often tend to ignore it.

Chinese medicine:  When a patient has a joint injury, Chinese physicians will first usually use acupuncture, massage, and herbal treatment to eliminate any bruises or Qi stagnation inside the joint. When the injury is almost healed, the physician will encourage the patient to do Qigong exercises to increase the Qi circulation and speed the healing. The most important effect of the Qigong, however, is to insure that all the bruises and stagnation in the joint are cleared up. This can be done only through the patient moving the joint. If this is not done, the bruises and stagnation will eventually develop into Feng Shi and continue to interfere with smooth and balanced Qi circulation in the joint.

In China, when people start getting older and feel their bodies getting weaker, they will often start practicing some form of Qigong such as Taijiquan or Ba Duan Jin (The Eight Pieces of Brocade). The practice helps them to keep their Qi circulating smoothly and to slow down the degeneration of their bodies. It also prevents Feng Shi and arthritis.

Western medicine:  Western medicine sometimes uses massage to alleviate pain, but more commonly drugs such as aspirin, prednisone, naprosyn, Motrin, colchicine, and many others are prescribed. The problem with drugs is that very often they have side effects, such as the disturbance of the gastrointestinal tract and skin rash caused by using Motrin, and the weakening or damaging of the internal organs caused by other medicines.
This is a very common problem in Western medicine, which will frequently cure one problem only to inflict another one on the patient.

Chinese medicine:  Acupuncture, massage, cavity press, and herbal treatments are commonly used to stop the pain. The treatments are used only to make the patient feel more comfortable, and are not considered part of the healing.

Western medicine:  Drugs can be effective in treating some forms of arthritis. For example, certain drugs can be used to regulate the liver and the kidneys, curing gouty arthritis. This approach can get quick results. However, the patient is then reliant on the drugs, which may eventually disturb the normal functioning of some organs. Doctors now encourage arthritis patients to do certain exercises, often with significant results.
As the West increases its understanding of bioelectricity (Qi), it is quite possible that ways will be found to use electricity to speed the healing and re-growth of arthritic joints.

Chinese medicine:  Massage, cavity press, and/or acupuncture are usually used first to increase the Qi circulation. If the arthritis is not too serious, these methods may be sufficient for a cure. If the arthritis has become serious, external and internal herbal treatments are also called for. The herbs taken internally help to increase the Qi circulation, remove bruises, or prevent further infection of the joint. Chinese medicine seeks to cure the cause of the arthritis. For example, if it is caused by an injury, then bruises and Qi stagnation must be cleared up. And if the arthritis is caused by degeneration due to aging, then Qigong exercises must be used to rebuild the joint and slow the degeneration.

(The above excerpt is from Pain-Free Joints: 46 Simple Qigong Movements for Arthritis Healing and Prevention by Dr. Yang, Jwing-Ming) 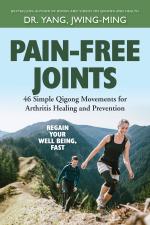 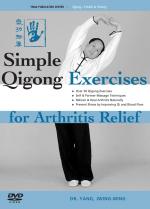