Sport versus Combat | YMAA
Skip to main content
FREE Shipping Order Over $70. (US Only, Conditions apply)    |   Up to 20% Off. Exclusions apply. 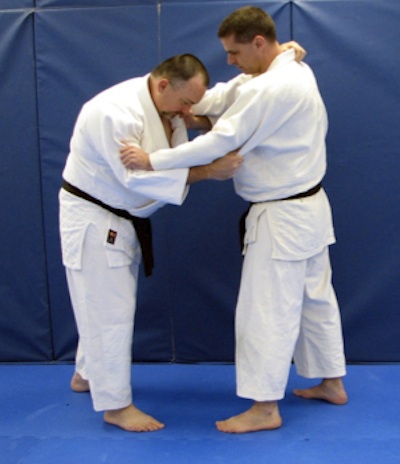 It was the first time I’d ever made it to the finals. Win and I’d take home the first place trophy; lose and it’d still be a pretty cool piece of hardware. I’d come in third a couple of times, but the little statues weren’t nearly as prestigious as the big ones. And I really, really wanted to earn one of the big ones.

It was the first time I’d ever made it to the finals. Win and I’d take home the first place trophy; lose and it’d still be a pretty cool piece of hardware. I’d come in third a couple of times, but the little statues weren’t nearly as prestigious as the big ones. And I really, really wanted to earn one of the big ones.

Jumping up and down a couple times I loosened my shoulders and then twisted my head to each side to pop my neck. I stepped up to the line thinking, “Okay, I am so ready for this.”

The referee dropped his hand and we surged forward, working our grips and jockeying for position. I got a hold of him, crashed forward, and attempted an osoto gari foot sweep. I had pretty good timing, but didn’t get enough hip rotation so it failed. Before I could move to something else, he countered with the same technique.

I landed awkwardly, but on my side, taking him down with me so he didn’t score a point. But he did get a hold of my lapel, simultaneously wrapping his legs around my waist. I drove an elbow down, made a wedge, and tried to twist away. I was vaguely aware of pressure on my neck, but didn’t really think anything about it… until I woke up.

Damn, he’d choked me out. How the hell did that happen so fast?

The attributes of sports are:

Combat differs in that it is an open and armed conflict with intent to kill the enemy and/or destroy their infrastructure. There may be some level of pageantry, but rarely a timeline, and “scoring” is based on killing the opponent and/or breaking his will to continue to fight. Many participants do not survive. Those who do are often never the same again, requiring lengthy rehabilitation for serious physical or, in some cases, mental injuries.

Think of it this way. If a 250-pound tattooed steroid freak tells you to show up at a certain place and time where he’s going to beat the crap out of you, you could react in couple different ways. If you’re thinking sport, you show up at the venue, strap on the gloves, and have a go at it. If you’re thinking combat, you wait in ambush and blow his head off when he arrives. Or bomb the building once he goes inside.

Sport rules can be anything from how you can use your hands to what kind of equipment is required. There is a beginning, middle, and an end to the sporting event, with timelines known to all participants ahead of time. The rules are designed to ensure that the participants have a level of safety that brings an ability to participate again at a later date, sometimes again that same day.

Another aspect of sport is the pageantry that is associated with the event. There can be all sorts of formal pageantry, everything from uniforms and titles to ceremonies prior to the sporting event, observances after the sporting event, or even rites performed in the middle. You can think of it in terms of a football game in the United States with the singing of the national anthem, the halftime entertainment, and then the awarding of a trophy at the end of a particularly significant game.

Sport rules also support a form of competition that keeps the spectator engaged, so they may enjoy the competition as much as the participants. Typically, these rules include leveling the playing field to increase the chances of an exciting event. A spectator isn’t going enjoy watching a 250-pound judoka take on a 115-pound opponent any more than he will like watching a professional football team play against a bunch of high school athletes. We all know that the smaller person has little chance under sports rules that take truly dangerous techniques out of play. It is just a matter of time before the bigger competitor falls on the smaller competitor and the match is over.

Specialization exists in every sport. An example of specialization is the designated hitter in the American League of Major League Baseball. This player does nothing but bat the ball. Unlike everyone else on the team, he does not play a position on the field. In American football, an offensive tackle may weigh upward of 300 pounds. His job is to stop people from getting past him, people who tend to match up favorably in size and speed. Compare this to the average wide receiver who weighs in at 200 pounds or less. The smaller, faster receiver’s job is to get away from other players, catch the ball, and travel as far down the field as he can before being tackled. Sporting rules allow for specialization, and in that specialization, comes the context in which to enjoy the event. It’s not that warriors don’t specialize, they often do, but that both teams have the same mix of specializations (e.g., quarterbacks, receivers, kickers, punters, linebackers, safeties, and the like).

The time line is one of the biggest separators between sport and combat. Although not all sports use a clock (like baseball), the majority of sports use some kind of a timer. Those that don’t, count periods such as rounds or innings instead. The reason for this is that a clock provides an external pressure determining the intensity of play. Players and coaches have little control over the clock other than a few timeouts. In combat, the battle rages until one side or the other gives up or moves for a political solution (we’re not aware of any wars in the last few centuries where one side completely wiped out the other).

Some Rules of Engagement

The assumption is that in combat and war there are no rules of engagement but in reality there are. A good example would be the Geneva Protocol to the Hague Convention. Signed in 1925, it involved, among other things, permanently banning all forms of chemical and biological warfare. This protocol came about after World War I where the use of mustard gas and other similar chemicals not only killed thousands upon thousands of soldiers but also left many of them blinded and maimed.

Approximately seven years after World War I, more rules of warfare were put in place, including the illegality of the triangle-shaped blade on a bayonet. This prohibition was adopted because the resulting triangular wound was very difficult for a surgeon or field doctor to suture. The intent of the triangle-shaped blade was to create a wound that remained open as long as possible. If the wound site became infected, the injured soldier would not only be incapacitated but would eventually die from that contagion.

These are two examples of rules of combat. Unlike sport, there is no clock in war and combat is about battles of dominance, submission, and attrition. In the simplest terms, victory is ensured by breaking more of the other combatant’s things (e.g., buildings, roads, infrastructure, and equipment) and killing more of their people than they kill of yours so that they will eventually give up. Media and political pressure play an important role.

(The above is an excerpt from Dirty Ground—The Tricky Space Between Sport and Combat by Kris Wilder and Lawrence A. Kane with Erik McCray)