Understanding Learning Style Differences | YMAA
Skip to main content
FREE Shipping Order Over $70. (US Only, Conditions apply)    |   Up to 20% Off. Exclusions apply. 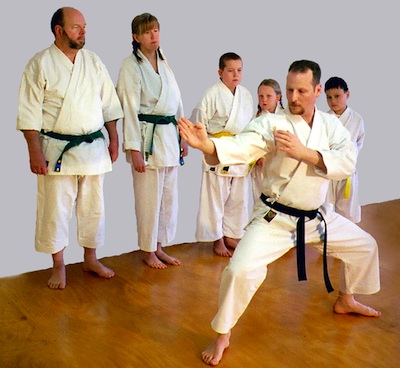 I realized fairly early in life that different people learn and process information in different ways. When teaching and learning styles misalign, students progress slowly, if at all. As a child, I had the opportunity to take judo instruction from a former national champion who was the highest-ranking black belt in the United States at that time.

No one could argue that he did not know his art, for truly he had mastered it. Yet in seven years of practice (four years with a three-year break followed by another three years) I truly learned very little, placing no higher than second in a variety of tournament competitions and progressing only to green belt (twice).

In retrospect my natural learning preferences did not properly align with this instructor’s teaching style. Similar to the quote about Miyagi Sensei, my instructor preferred a traditional modeling approach for instruction with virtually no explanation or discussion.

While I certainly understood the gross physical movements of each technique he presented, I developed no real understanding of the nuance or subtlety behind what made an individual tactic more or less effective or how it fit into a larger strategy or system. This mismatch not only inhibited my progress but also eventually led me away from judo into the study of other martial forms.

In the early 1980s, I had the opportunity to attend an intensive two-week judo camp taught by a cross-section of instructors. During those two weeks, I experienced enormous variety of teaching styles and methods. Some of these divergent approaches connected with me while others did not. Overall, my skills improved more in those two weeks than they had in all my prior years of training combined. More importantly, however, I discovered not only which methods worked best for me, but also that what worked well for me was not necessarily the best approach for training other students. This may have been intuitively obvious, but in my prior experience it had never been so aptly demonstrated.

Many years later, I initially approached Goju Ryu karate (an Okinawa martial art) with slight trepidation due to my earlier experiences with traditional martial forms. But after sitting in front of a computer for thirteen years, I needed to get into better shape; I hated jogging, was bored with weight lifting, and I wanted to try something new. I found an inexpensive course at a local YMCA and figured it could not hurt to signup for a month to give it a try.

Serendipitously, I found an instructor whose teaching approach was able to reach multiple learning styles and was unusually effective at conveying highly complex ideas in easily understandable terms. In fact, his teaching style very closely mirrored the way in which I like to receive information and this greatly facilitated my ability to learn. What began as a one-month trial metamorphosed into several years of training. When he left the YMCA and opened his own dojo, I followed him to that location where I continue to train (and teach) today.

Over time, I have found that my instructor is especially adept at making newcomers feel comfortable while maintaining a challenging and interesting curriculum for more advanced students. That approach has helped me preserve a high level of interest in Goju Ryu and has compelled me to continue my study. He clearly communicates not only nuance and meaning but has also derived modern relevance from traditional technique. He also maintains careful control of classroom activities and is committed to assuring the safety of his students, all traits that I find worthy of emulation.

Contribution of the Five Senses to Memory Retention

Physiologically, the five human senses—sight, smell, touch, sound, and taste—are all pathways to the brain. At the most basic level, people tend to have a primary and secondary pathway preference for processing new information. Any combination of auditory (sound), kinesthetic (touch), and visual (sight) processing preference is possible and will vary by individual. Visual/kinesthetic and auditory/kinesthetic are the most common combinations. While the olfactory sense can trigger a powerful emotional linkage to memory, it is challenging to intentionally incorporate into most instructional situations. Likewise, the sense of taste just isn’t used all that much in the teaching of martial arts (or many other subjects outside of culinary arts.)

Although different students will have different preferences for their primary learning pathways, all will retain more information when more modes (pathways to the brain) are accessed in the learning experience. Keeping this in mind, good instructors will try to access as many senses as possible throughout instruction, but especially when explaining new concepts or ones with complex or subtle elements. In the martial arts example, instructors can readily employ demonstration (visual), discussion (auditory), and practice (kinesthetic) in an integrated fashion.

Because such students learn more by hearing or repeating information, they tend to ask lots of questions, often repeating an instructor’s answers. Unfortunately, they also have a propensity to want to talk with other students about new techniques rather than physically practicing them. A proper balance must be maintained to assure that auditory learners receive (and discuss when appropriate) reasonably detailed verbal information to facilitate learning while not disrupting classroom flow with idle chatter.

When teaching complicated pattern drills, kata (combinations of offensive and defensive techniques done in a particular order), and other combination techniques, I have found it useful to briefly describe each movement just before doing it the first several times it is presented to the class. I might say, for example, “look left, turn, and block left” just before turning in particular stance and executing a left chest block. While these verbal cues do not describe the entire technique, they are enough to help auditory learners to know what to do.

For more advanced students who understand Japanese terminology, the previous example could be stated as, “Look left, turn zenkutsu dachi, chudan hiki uke.” That is a much, much pithier way of saying “look to the left, turn with a sliding crescent step into ‘front forward’ stance with your front leg bent, back leg straight, legs shoulder width apart, hips and torso aligned, and a 70/30 weight alignment between front and back legs. From there, execute an open hand ‘pulling/grasping’ chest block keeping your elbows bent, approximately one fist-width away from your body, and closer to your side then your hands, the knuckles of which are held at shoulder height.”

It is important to note that instructions given in terms of distance (e.g., inches) will work much more effectively when presented as body lengths (e.g., fist width), as every practitioner will have a different size foot, hand, or arm, etc. In this regard, a standard karate chest block is executed properly when your elbow is one fist width away from your body. Rather than instructing students to step one foot (i.e., twelve inches) forward, it is better to ask them to step forward far enough that the heels of their front feet align with the toes of their back feet.

In the dojo, kinesthetic learners are probably the easiest students to teach, as they learn primarily by doing. Until such students have practiced a new technique several times they tend to find little value in understanding the concept behind it or the subtleties inherent therein. These students generally find great benefit from exercises practiced with partners. Examples of these include prearranged sequences such as kiso kumite (presequenced sparring) or kata bunkai (applications from kata.)

Unfortunately, kinesthetic learners often have trouble staying still, a trait that could be interpreted as not paying attention even when they are completely focused on the instructor. They also have a propensity to copy instructor’s demonstrations in attempts to internalize new lessons, another habit that could be misinterpreted as a lack of respect. For the most part, fidgeting by kinesthetic learners should be ignored (so long as it is not disruptive to other students).

As they struggle to learn new skills, I frequently “freeze” the class then go around and physically move students into correct body alignment for a given technique. For example, if someone’s chest block is too far to the outside, the elbow is not closer to the body than the fist, or the person’s posture is otherwise incorrect, I will move the arm into the proper place.

When teaching complicated pattern drills, kata, and other combination techniques for the first time, I have found it useful to train together as a group until students understand the basic pattern and then let them continue at their own paces under the tutelage of a senior student. That allows me to watch and make corrections on an individual basis by “freezing” people and realigning their postures until they are correct.

In order to understand new information, visual learners must clearly see demonstrations. In the dojo, it is important to intersperse senior and junior students during moving drills or kata such that visual learners can see and emulate technique from whichever direction they are facing. Mirrored walls are an excellent addition to the dojo because they facilitate improvement for all students, especially visual learners. Visual learners also benefit from supplemental reading materials, web sites, and/or videotapes. Therefore, an instructor can reinforce learning by providing reading lists or handouts, promoting the use of journals or notebooks, or even by drawing diagrams on a whiteboard.

When teaching complicated pattern drills, kata, and other combination techniques for the first time, I have found it useful to draw the pattern on a white board and demonstrate all of the movements to the class before having them follow along. I then break it down into small pieces that everyone can practice together. I ensure that senior and junior students are interspersed, of course, so that no matter what direction we are facing everyone can see someone to imitate. Each time there is a direction shift, I briefly pause everyone’s movement while I reposition myself in front of the group so that all students can easily see what I am doing as well.

(This is an excerpt from Martial Arts Instruction—Applying Educational Theory and Communication Techniques in the Dojo by Lawrence A. Kane.)