Popular Chinese Internal Martial Arts | YMAA
Skip to main content
FREE Shipping Order Over $70. (US Only, Conditions apply)    |   Up to 20% Off. Exclusions apply. 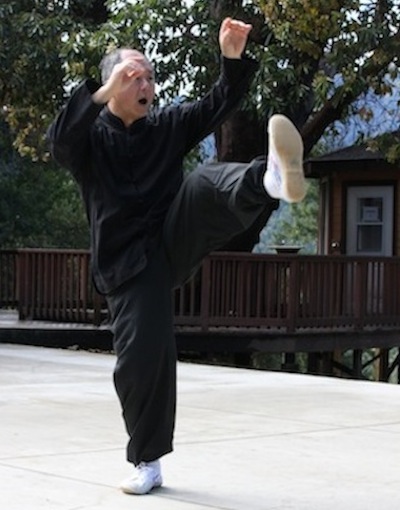 Because all Chinese martial styles utilize some Qigong training, it is difficult to distinguish the external styles from the internal. Traditionally, almost all of the Chinese martial styles were taught in secret, and it was not until the last 100 years that these secrets were gradually exposed to the general public. There are many styles that are still taught secretly.

Because all Chinese martial styles utilize some Qigong training, it is difficult to distinguish the external styles from the internal. Traditionally, almost all of the Chinese martial styles were taught in secret, and it was not until the last 100 years that these secrets were gradually exposed to the general public. There are many styles that are still taught secretly. Because of this conservatism, most people (including many Chinese martial artists) do not have enough information to distinguish the styles clearly. There are four generally known styles, which emphasize Qi development more seriously than other styles, and are therefore considered internal. These four styles are Taijiquan, Xingyiquan, Baguazhang, and Liu He Ba Fa. We would like to briefly introduce the major differences between these four styles.

Before we discuss these differences, we would first like to point out the similarities among these four styles. First, they all concentrate on training the circulation of Qi and building it up to a higher level. Second, they all emphasize a calm and peaceful mind. And finally, all four styles are very effective in improving health.

Each of the styles discussed above has its own characteristics and its own advantages. You may have decided that one of them may be better for you. The effectiveness of the techniques and strategy depend upon the actual situation and your opponent's expertise. If fact, very often you will find that one who spends a relatively short time learning and mastering an easier style is able to defeat an opponent who has practiced a more difficult style for a long time. Remember, learning a few useful things is better than learning a lot of things you cannot use. The best approach in learning anything is to master a few things and comprehend them deeply, rather than learning a lot and staying on the surface.

Next, we will summarize some advantages of learning Xingyiquan. Hopefully this will give you a clearer idea of whether or not you would like to learn this art.

1. The basic forms are simple and easy to learn. Xingyiquan is like the Waltz - there are only a few simple moves, so it is easy to learn. Like the Waltz, there are hundreds of variations derived from the basic movements, and their applications are countless. Therefore, it is very suitable for beginners who are interested in understanding the internal styles of Chinese martial arts. Also, because of its countless variations, after one has mastered the basic movements, Xingyiquan can be used as a second style for those who already have some experience in internal arts.

2. The fundamental theory and training principles are easy to understand. Therefore, it is very easy for a beginner to have a firm comprehension of the theory of the style right from the beginning. In most other systems you have to practice for many years before you comprehend the essence of the style. As your training progresses you will find that your understanding of the theory deepens in regard to both health and martial arts. Like Newton's equations, they look simple, but the derivations from the equations are deep and many. The depth of Xingyiquan theory makes it suitable for those experienced internal martial artists who would like to compare the essence of Xingyiquan with their original style. Remember the more angles you look at something from, the better you will understand it.

3. From the point of view of health, the movements of Xingyiquan are designed for strengthening the five important Yin organs: heart, lungs, kidneys, liver, and spleen. Practicing these five basic movements will remove stagnant Qi and smooth out the Qi circulation, and build up the health of the organs.

4. The theory of Xingyiquan's fighting strategy is based on the mutual relationships of production and conquest of the Five Phases (Wuxing). Through these relationships, the five basic movements can be skillfully combined to make a very effective fighting style. A style which is simple to learn and has simple fighting principles is often more effective than styles which have many complicated techniques and an involved fighting theory.

5. The deeper advantage of practicing Xingyiquan is probably in the spiritual realm. Xingyiquan's theory and techniques are aggressive, yet the practitioner avoids emotional excitement. Xingyiquan manifests great power, but it is a very refined power, and while the strategy is offensive, it is not disordered. Continued training in Xingyiquan can make you spiritually brave so that you will be able to face challenges with equanimity. Your spirit can be raised to a very powerful stage, yet you will remain calm, peaceful, and in control. This is essential for facing this world and leading a meaningful life.

(This is an excerpt from Xingyiquan—Theory, Applications, Fighting Tactics and Spirit by Liang, Shou-Yu & Dr. Yang, Jwing-Ming)