History and Philosophy of Taekwondo - Part 2 | YMAA
Skip to main content
FREE Shipping Order Over $70. (US Only, Conditions apply)    |   Up to 40% Off. Exclusions apply. 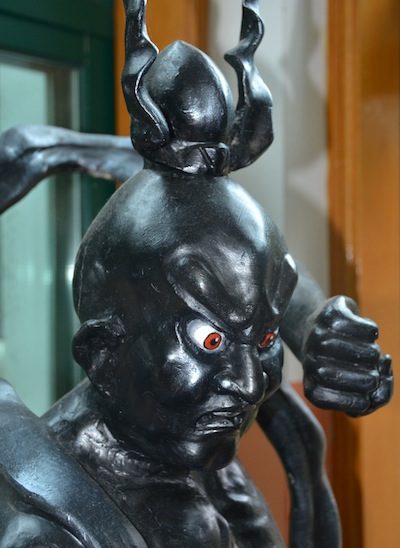 History and Philosophy of Taekwondo - Part 2

Similarly rooted in Chinese culture, the Baduanjin routine, or Eight Pieces of Brocade, a medical qigong therapy whose performance is professed to impart a silken quality to the body, dates back to AD 1300 where it appears in the Xiuzhen shi-shu (Ten Compilations on Cultivating Perfection).

Similarly rooted in Chinese culture, the Baduanjin routine, or Eight Pieces of Brocade, a medical qigong therapy whose performance is professed to impart a silken quality to the body, dates back to AD 1300 where it appears in the Xiuzhen shi-shu (Ten Compilations on Cultivating Perfection). An encyclopedia of the time, this text attributes the creation of this formal exercise to Zhongli Quan and Lu Tung-pin, two of the Eight Taoist Immortals. Later, in keeping with the martial tradition of forms as an adjunct to battle through conditioning, Chinese general Yue Fei required his soldiers to perform the Baduanjin to achieve physical fitness.

Centuries after Bodhidharma planted the seeds that would eventually blossom into the varied Buddhist and Taoist-based Chinese disciplines we are currently familiar with and the creation of the Baduanjin, King Jungjo (r.1776–1800) of the Chosun dynasty (1392–1910) commissioned Duk Moo Lee, Dong Soo Pak, and Je Ga Park, three statesmen, to compile a comprehensive, illustrated manual of martial arts that came to be known as the Muye Dobo Tongji.

Written in 1790 and reflecting combat tactics native to the nation that would soon be called Korea, this broad treatment included additional military applications unique to neighboring China and Japan, both sworn enemies of the state at one time or another and guilty of brutal invasions. Learning from past defeats, the Chosun leadership possibly siphoned wisdom from The Art of War where its author, the scholar Sun Tzu suggested, “Know your enemy, know yourself. One hundred battles, one hundred victories.”

The Muye Dobo Tongji, comprised of four discreet sections, was a compendium of two previously written volumes, each highlighting specific elements of martial skill. The first, entitled the Muye Jebo, was published following the Japanese invasion of the Korean peninsula led by Toyotomi Hideyoshi in 1592. During this period, King Sunjo (r.1567–1608) directed Han Kyo, a military officer who had received weapons training from the Chinese, to document several fighting methods primarily featuring the sword, shield, and spear. Later, during the reign of King Youngjo (r.1724–1776), the Muye Jebo was appended to include significantly more sword techniques and renamed the Muye Shinbo.

It is important to note that this canon contained a chapter dedicated to kwon bop, the fist-fighting method championed by the sunbae of ancient Koguryo. Interestingly, the authors suggested learning kwon bop as a prelude to weapons training since empty hand techniques laid the basis for armed practice.
Three Kingdoms Period

The use of kwon bop (Chinese: chuan fa, Japanese: kenpo) as a martial tradition can be traced to a primitive era in Korean history categorized as the Three Kingdoms Period. Koguryo (37 BC–AD 668), the largest of the three, was founded along the Yalu River and encompassed an area with land holdings reaching far up into Manchuria and what is now North Korea. Due to its close proximity to China, the kingdom was in constant conflict with its imperialistic neighbor. In answer to a continual fear of invasion, the ruling aristocracy established a warrior corps that came to be known as the sunbae, literally translated as “senior” or “respected one.”

Sunbae philosophy emphasized a deep belief in the gods who created the universe coupled with a strong will to defend the country against all odds. These warriors, selected from all rungs of society, practiced kwon bop, dressed in black velvet robes, and were required to shave their heads. The sunbae hierarchal structure was such that anyone with high aptitude and an ambitious character could obtain superior rank. Using this select group of soldiers as a blueprint for its own design, the tiny kingdom of Silla (57 BC–AD 935) would later create a similar warrior corps, a military fraternity known as the hwarang, whose legendary triumphs would echo down through the halls of Korean martial arts history for generations to come.

Unlike the sunbae, however, members of the hwarang, practicing hwarang-do or the “way of the flowering manhood,” were composed of elite warriors exclusively drawn from noble stock. Aside from their knowledge of kwon bop, these youthful soldiers were distinguished from other combat troops by virtue of their unique holistic training in archery, music, poetry, equestrian skills, and the Eastern philosophical paradigms of Confucianism, Buddhism, and Taoism. The kwon bop of the sunbae and hwarang was documented in the Muye Dobo Tongji.

Following the reign of the Chosun rulers, the Muye Dobo Tongji lay dormant for over a century until 1957 when it was rediscovered in a Seoul library by Hwang Kee, founder of the famed Moo Duk Kwan, while pursuing a detailed study of historical documents pertaining to the martial arts of Korea. This startling cache of ancient wisdom inspired Hwang Kee to develop Hwa Sun, a hyung based on the illustrated kwon bop formal exercises documented in the text. Originally intended to be performed by two people, Hwa Sun or “pure flower form,” is unique from other hyung in that it includes a number of open hand slaps performed while striking one’s own shoulder, hip, foot, and shin.

From the evidence at hand, it becomes abundantly clear that empty hand fighting arts, in conjunction with their associated formal exercises, did not originate in any single country but developed naturally across continents as various cultures adapted to cope with the dangers posed by increased trade and human aggression accompanied by imperialist desire. Still, the need to practice choreographed sequences of prearranged combat tactics in a relatively relaxed environment devoid of mayhem and death was apparently universal.

Importance of Poomsae, Tul, or Hyung

In his book, Moving Zen: Karate as a Way to Gentleness, Shotokan karateka C. W. Nicol describes formal exercise practice as “a dynamic dance; a battle without bloodshed or vanquished.” He further goes on to say “We are somehow touching the warrior ancestry of all humanity,” and “Of all the training in karate, none is more vigorous, demanding or exhilarating than the sincere performance of kata.”

From this we can see that poomsae training, if approached in a traditional manner, not only cultivates defensive and offensive proficiency coupled with ki development, but also establishes a profound link with masters of the past who clearly did not practice formal exercises merely for physical fitness. Instead, they were practiced as a means of cataloging hard-earned martial skills often fostered on the field of battle or in the supercharged atmosphere of some distant training hall for the benefit of students across the centuries.

Consequently, we state emphatically that without poomsae, tul, or hyung, there is no taekwondo.