On Writing Dukkha Reverb | YMAA
Skip to main content
FREE Shipping Order Over $70. (US Only, Conditions apply)    |   Up to 40% Off. Exclusions apply. 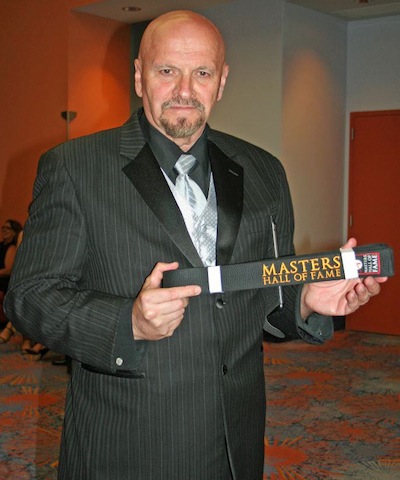 Dukkha Reverb is the second book in the Dukkha thriller series, published by YMAA Publications. The first is Dukkha: The Suffering.

Dukkha Reverb is the second book in the Dukkha thriller series, published by YMAA Publications. The first is Dukkha: The Suffering.

Up until six weeks ago, Sam Reeves, a respected Portland, Oregon police detective, and a veteran martial arts instructor, had a good life. But six weeks ago Sam got into trouble on the job, the kind that rips a city apart, damages a police agency, and forever blackens the soul. Still reeling from the media maelstrom, Sam takes a leave of absence and heads to exotic Ho Chi Minh City (Saigon), Vietnam to seek refuge in a family he just learned he had.

Sam is captivated by the contrast of the beauty and the struggles of a country still recovering from a devastating war, and by the warmth of his newfound family—his father Samuel, his half sisters, and the beautiful and captivating Mai. But the grief crazed mob boss, Lai Van Tan, still seeks revenge against Samuel who he holds responsible for the death of his son. Ever the protector, Sam joins the fight to thwart Lai Van Tan’s random and potentially deadly attacks on the family.

Just when they think the mob boss couldn’t get any more evil, the family learns that his people have kidnapped 27 young girls to be sold into the sex trade.

Because the corrupt police and government won’t do anything about it, Sam, along with Samuel, Mai, and a bizarre group of seemingly old and disabled Vietnamese soldiers with unique fighting skills, go-toe-to-toe with the thugs.

Enraged at losing his lucrative trade, Lai Van Tan strikes back with a fury that tests the mettle of these skilled warriors. Before it’s over, the family is forced to defend themselves with their highly trained martial arts skills in a teahouse, in a warehouse full of life-sized Buddha statues, and deep within a claustrophobic dirt tunnel.

I hope the reader is entertained by REVERB, but I also hope they learn something about the Vietnamese culture and life there today. To many people, Vietnam is the war as depicted in “PLATOON” and “FULL METAL JACKET.” That is what Sam thinks too. But he quickly learns, as I hope the reader does, that the war was 40 years ago and today Vietnam is much, much different. Along the way, the reader will learn about food, coffee (it’s ranked the best in the world), customs, sex trafficking, unexploded landmines left by the US, diverse martial arts, meditation, and the love of family.

I am a veteran of the Vietnam War or what the Vietnamese call “The American War.” Although I patrolled the streets of Saigon as a military policeman, much has changed over the years since I dodged rockets, and fought drunken GIs and deserters. Some 80 percent of the population today wasn’t alive during that horrific period in the 60s and early 70s. Then everything was about survival. Now it’s about living normal lives and catching up in all ways with the rest of the world.

Since I didn’t want to go back, I needed expert advice and found it in two friends and several waiters. My neighbor, a 25-year old Vietnamese man, visits Ho Chi Minh City once or twice a year. He was especially helpful with all my questions regarding the corrupt police, insane traffic (which is another character in REVERB), and routine daily life.

My other friend is a retired Portland firefighter, a Caucasian man married to a Vietnamese woman. They live half the time in Portland and the other half in Vietnam where they run an orphanage. They were most helpful about the culture as well as acting as “location scouts” for several scenes in REVERB. My lady and I ate a lot of Vietnamese food while writing this second book in the series and I always asked the waiters about food, customs, and the language. I used to speak Vietnamese, but my ability now is coated with rust.

I also watched several Indy movies filmed in Vietnam and dozens of You-tube clips of modern-day life there. I read countless tourist blogs about traveling around the country, several books of fiction set in Vietnam, and I questioned Facebook friends about their recent trips to Southeast Asia.

There are five old Vietnamese vets in REVERB, North and South, who live in a retirement home of sorts. They team together to rescue 27 young girls about to be shipped off to Cambodia to work in the sex trade. Because each veteran possesses a unique set of fighting skills, I researched different kinds of knives, Vietnam War weapons, and garrotes. The girls are guarded by old Khmer Rouge soldiers, which necessitated a lot of research about their weapons and about the Killing Fields atrocity in Cambodia.

The official martial arts system in Vietnam is called vovinam. Although I have practiced martial arts for nearly 50 years, I wasn’t familiar with this art, which necessitated researching it and watching videos.

About My Writing Day

I’ve been writing full time for nearly 16 years, Monday through Friday, sometimes Saturday. Before that I wrote part-time for about 20 years. These days, I hit the computer about 8:30 in the morning and hack away until midafternoon. On those inevitable days when I write myself into a corner, I just scroll back in the Word doc and polish wherever I happen to randomly stop. I find that more productive than fretting. Sometimes I polish for a couple of days until the solution to the corner pops into my head.

There are a lot of bad things about Facebook, but as a writer I’ve found it invaluable. Just today I asked if there was anyone who had struggled his or her way out of a submerged car. Within two hours I had enough stories and video clips to make my scene not only realistic but also chilling.

I have a group of experienced writer friends with whom I exchange ideas and ask questions. These guys will tell me when an idea is a lousy one. Your loved ones will tell you how wonderful your writing is, and while that confirms their love, it doesn’t always help in the writing process. In fact it can be detrimental.

I read a lot of fiction. Although my lead character is a police detective, I don’t read police procedural fiction because it bores me. For almost 29 years I did that for real. Instead, I read writers who I think are especially good at dialog, violence, character development, horror, and romance. As I read, I ask myself why was that funny? Why was that scene so tense? How did the writer so effectively surprise me? Why can’t I get that scene I read today out of my head? For me, reading to learn is primary; reading to be entertained is a distant second.

The third book in the series—working title DUKKHA: UNARMED—is in the final editing stage and awaiting a publication date. UNARMED takes place back in Portland where Sam, Mai, and some new friends are forced to deal with hate crimes. Presently, I’m busy working on the fourth DUKKHA, which is set mostly in San Francisco’s Chinatown. The plot deals with a kidnapping and with a secondary plot about hungry ghosts. Yup, hungry ghosts.

(The above article is a reprint from The Big Thrill Edition, August 31, 2013)