Unraveling Knots in The Thread of Life | YMAA
Skip to main content
FREE Shipping Order Over $70. (US Only, Conditions apply)    |   Up to 40% Off. Exclusions apply.

Home >> Articles >> Unraveling Knots in The Thread of Life 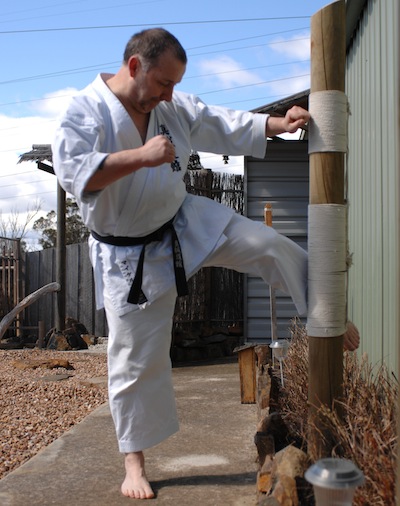 Unraveling Knots in The Thread of Life

Over a period of about eight years, beginning in the early 1990s, I began taking a closer look around the world at the various religious and philosophical beliefs people held, and saw in many of them much to be admired. I also noticed there was quite a lot of common ground. I was initially astonished to discover, for example, how the sacred text of Judaism, the Torah, tells the same story as the first five books of the Bible, known to Christians as the books of the Old Testament.

And far from teaching a radically different doctrine, as I had assumed, I was surprised how much the Christian Bible and the Koran (Quran) of Islam have in common. Often the same names came up again and again in all three books, Abraham, for example. Jesus too is mentioned by name many times in the Koran. That the god of the Christians was a Jew, who in turn is revered in the teachings of Islam as a prophet, only served to make me wonder if what I was discovering here was a basic human need for comfort. Also, I began to see why the notion of faith is so important in religion, as without faith many religious teachings become confusing and even contradictory.

The doctrine of the Roman Catholic Church I endured as a child did little to prepare me for tolerance of those who were different from me, and as soon as I was able I left its teachings behind. Growing older, I have come to appreciate that the concept of god is not a puzzle wrapped in an enigma as I was taught as a five-year-old child, but a deeply rooted need in some to believe in a better existence than their present one.

At any rate, I discovered nothing within the teachings of the world’s most popular religions to convince me they had anything unique to say, just the opposite. Many remarkable teachers from history have given the world enormously powerful gifts of thought and of action. They have left behind words of profound philosophical wisdom, and in the displays of compassion for others during their lives, examples of the way mankind might live if only it had the desire to do so. How poignant that for all our technological sophistication these days, mankind as a whole continually fails to understand the value of simplicity.

Within the martial arts much is made of a supposed connection between the philosophy of Zen (Chinese: Cha’an) and karate. I would argue, but only politely of course, that such a connection has more to do with the Japanese psyche than the mindset of the average karateka today. For the overwhelming majority of the estimated forty million plus karate and kobudoka in the world these days, karate is just a hobby and they neither search for nor aspire to the same frame of mind as the samurai warriors of old Japan.

Had karate spread across the globe directly from Okinawa, and not filtered through the Japanese desire to hold on to their undoubted military prowess of long ago, then I have no doubt you would hear less of karate’s connection with Zen and see fewer images of karateka posing with samurai swords.

Parallel themes and ideas are found in Zen and Japanese karate because Japanese karate schools have borrowed much of their philosophical ideas from Zen. Overlapping ideas are as common throughout the world’s major religions and philosophies as they are in all of man’s great endeavors. In many religions, the importance of particular historical characters and the significance of certain dates throughout the year are easily found once you take the time to look, as are stories of virgin births and visitations from angels, particularly the angel Gabriel: coincidence?

I think the nature of faith and the essence of Zen share a common thread. If you have faith in a god or can grasp the concept of Zen, you have no need for proof or explanations; if, on the other hand, you do not have faith in a god and do not grasp the concept of Zen, then no explanation will be adequate or proof suffice. Such is the dilemma when you try to fathom the unfathomable. Still, it would be a mistake to ponder too long on such things, for far less weighty matters in life, like balance and a sense of humor also share these characteristics; but no one worries too much if you fall off your bike or you don’t get a joke.

By hitching the philosophy of Zen onto their karate, it allowed the Japanese to ignore Okinawan culture altogether and make karate their own. This they did with the help of some Okinawan karate teachers who resided in Japan; they willingly collaborated with the push to absorb their native method of self-protection into the pantheon of Japanese fighting arts. By changing the names of several kata to make them sound more Japanese, passai became bassai, naifanchin became tekki, and so on; the kata were stripped of their cultural links to Okinawa and China. At a time when the Okinawan language (Uchinaguchi) was being purged from the population through the school system and replaced by standard Japanese (Nihongo), it should come as no surprise to find the same pressure to conform was being applied within karate.

It never ceases to amaze me how humanity can take something that is essentially good, twist it, bend it, and stretch it into something unrecognizable from the original, and yet still claim to respect it. With the resurgence of fundamentalism in the world’s major religions, we have done this with ancient wisdom of great spiritual import. With politics we have done this with democracy and the concept of leadership; and even ecologically, we have done this with the very planet we all depend upon for life. If indeed there is a primal need for man to have faith in something, it is a pity that faith is seldom placed in his fellow man.

I read somewhere that Zen was a finger, pointing directly to clarity. My first thought when I read this was “Whose finger?” In the building of temples and in the industry of commercial expansion, humankind has taken Zen, a concept that defies packaging, and wrapped it in his own self-importance. The idea that one human being can be more “enlightened” simply by adhering to a particular set of rituals and reciting words written by another human being is an absurdity, and I’m reminded of a parable from Zen that points to the fallacy of “attachment” to rituals:

One day a young monk was sitting in zazen, the traditional kneeling posture familiar to students of both Zen and karate; he was deep in meditation. The master passed by and seeing the young monk, stopped and asked: “What are you doing?”

The young monk opened his eyes and said, “I’m practicing zazen so that I may gain enlightenment.”

The master then picked up a piece of broken roof tile lying nearby and began to rub it with his sleeve.

“What are you doing?” said the young monk.

“But you can’t make a mirror like that!” said the monk.

To which the master replied, “And you can’t gain enlightenment like that either!”

Zen, like religious piety, grows from within or it does not grow at all. It germinates inside an individual and expands unreservedly outward toward others, or it does not develop at all. It cannot be owned by some and dispensed to others deemed less knowing. There is a kind of institutionalized arrogance sometimes found within philosophies like Zen. Such an approach to the understanding and acceptance of our fellow man is, I believe, ultimately unhealthy for the human spirit.

There is nothing unique to be found in Zen, nothing that cannot be found in other sources of wisdom: no profound knowledge that will help the martial artist gain a level of clarity he could not gain by other means. I believe the claims made by some on behalf of Zen speak more to the earthly desires of a few and the misguided faith of others who truly want to believe, than to anything based on a wholesome truth.

If you understand the concept of Zen to any degree at all, you will also understand the error of trying to claim anything. The more you try to hold on to Zen the less chance you have of appreciating what it has to offer. Zen, as I understand it, is a secret hidden in plain view, it is the oxygen in the air and the ‘common’ in common sense, and yet for all its simplicity it seems beyond the reach of many, a condition touched upon by the English poet Alexander Pope (1688–1744) when he noted, “Some people never learn anything because they understand everything too quickly.”

(The above excerpt is from Shin Gi Tai, Karate Training for Body, Mind, and Spirit by Michael Clarke.)