An Introduction to Qi and Qigong | YMAA
Skip to main content
FREE Shipping Order Over $70. (US Only, Conditions apply)    |   Up to 40% Off. Exclusions apply.

Home >> Articles >> An Introduction to Qi and Qigong 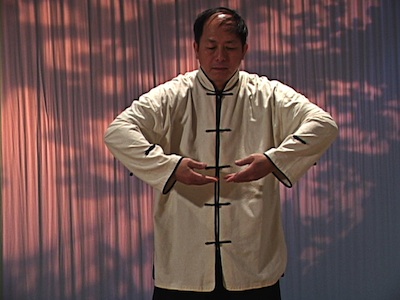 An Introduction to Qi and Qigong

If you study the history of the human race, you will see that a large part of this history has been taken up with war, conquest, killing, and the struggle for power. We have tended to worship as heroes those who could conquer and rule other countries, and we have wrongly educated each new generation to glorify killing and slavery, and to worship power. There have been only relatively short periods when humankind has not been at war, when people could live their lives in peace and tranquility; but it was during these times that people created art, wrote poems, and sought ways to live longer and happier lives.

If you study the history of the human race, you will see that a large part of this history has been taken up with war, conquest, killing, and the struggle for power. We have tended to worship as heroes those who could conquer and rule other countries, and we have wrongly educated each new generation to glorify killing and slavery, and to worship power. There have been only relatively short periods when humankind has not been at war, when people could live their lives in peace and tranquility; but it was during these times that people created art, wrote poems, and sought ways to live longer and happier lives.

In their seven thousand years of history, the Chinese people have experienced all possible human suffering and pain. Chinese culture is like a seven-thousand-year-old man who has seen and experienced all of the pain of human life. Yet through his experience, he has also accumulated a great store of knowledge. China's long spiritual experience cannot be compared to the popular culture of the West, which is the result of centuries of emphasis on the material sciences, money, war, and conquest. If you research Chinese culture through its literature and painting, you will discover that they rank among the greatest achievements of the human spirit. They reflect humankind's joy and grief, pleasure and suffering, peace and strife, vitality, sickness, and death.

Coming from this complex cultural and historical background, the Chinese people have long sought ways of living healthy and happy lives. However, while on the one hand the Chinese study themselves spiritually, they also tend to say that everything that happens is destiny and is prearranged by heaven. While holding the fatalistic belief that everything is predetermined, the Chinese also looked for ways to resist the apparent inevitability of sickness and death.

It was with this seemingly contradictory and no-win point of view that the Chinese focused their attention on self-study and self-cultivation. This inward feeling and -looking, this spiritual searching, has become one of the major roots of Chinese culture and medical science. Once qi, or the internal energy within the human body, was discovered, it was studied very carefully. When the link between the qi in the human body and the qi in nature was discovered, the hope soon grew that this qi was the means whereby humans could escape from the trap of sickness and death. When viewed from this historical background, it is not difficult to understand why a major part of Chinese culture, other than warfare, was based on the religions of Daoism and Buddhism, and spiritual science.

So many people today are devoting all their efforts striving for, and even achieving, material wealth, and yet they are suffering spiritually. They wander through their lives, listlessly or frantically, wondering what it is they are missing. His or her lives have no meaning or purpose. Many seek temporary release from their pain through drugs. I deeply believe that if these people were to study the spiritual practices that have been developed over these several thousand years, they would find the mental balance, which is especially necessary for today's society.

Definition of Qi and Qigong

In order to understand qigong, you must first understand qi. Qi is the energy or natural force that fills the universe. There are three general types of qi. Heaven (the sky or universe) has heaven qi (tian qi), which is made up of the forces that the heavenly bodies exert on the earth, such as sunshine, moonlight, and the moon's effect on the tides. The earth has earth qi (di qi), which absorbs the heaven qi and is influenced by it.

Humans have human qi (ren qi), which is influenced by the other two. In ancient times, the Chinese believed that it was heaven qi that controlled the weather, climate, and natural disasters. When this qi or energy field loses its balance, it strives to rebalance itself. Then the wind must blow, rain must fall, and even tornadoes and hurricanes must happen in order for the heaven qi to reach a new energy balance. Heaven qi also affects human qi, and divination and astrology are attempts to explain this.

Under heaven qi is earth qi. It is influenced and controlled by heaven qi. For example, too much rain will force a river to flood or change its path. Without rain, the plants will die. The Chinese believe that earth qi is made up of lines and patterns of energy, as well as the earth's magnetic field and the heat concealed underground. These energies must also balance; otherwise, disasters such as earthquakes will occur. When the qi of the earth is balanced, plants will grow and animals will prosper. Also, each individual person, animal, and plant has its own qi field, which always seeks to be balanced. When any individual living thing loses its balance, it will sicken, die, and decompose.

You must understand that all natural things, including humans, grow within and are influenced by the natural cycles of heaven qi and earth qi. Since you are part of this nature (Dao), you must understand heaven qi and earth qi. Then you will be able to adjust yourself, when necessary, to fit more smoothly into the natural cycle, and you will learn how to protect yourself from the negative influences in nature. This is the major goal of qigong practice.

From this, you can see that in order to have a long and healthy life, the first rule is that you must live in harmony with the cycles of nature and avoid and prevent the negative influences. The Chinese have researched nature for thousands of years. Some of the information on the patterns and cycles of nature has been recorded in books, one of which is the Book of Changes (Yi Jing). This book gives the average person formulas to trace when the season will change, when it will snow, when a farmer should plow or harvest. You must remember that nature is always repeating itself. If you observe carefully, you will be able to see many of these routine patterns and cycles caused by the rebalancing of the qi fields.

Over thousands of years, the Chinese have researched the interrelationships of all things in nature, especially about human beings. From this experience, they have created various qigong exercises to help bring the body's qi circulation into harmony with nature's cycles. This helps to avoid illnesses caused by weather or seasonal changes.
After a long period of research and study, the Chinese also discovered that through qigong practice they were able to strengthen their qi or internal energy circulation, and slow down the degeneration of the body, gaining not only health but also a longer life. The realization that such things were possible greatly spurred new research.

You can see that qi is energy and is found in heaven, in the earth, and in every living thing. All of these different types of energy interact with each other and can convert into each other. In China, the word "gong" is often used instead of "gongfu" which means energy and time. Any study or training that requires a lot of energy and time to learn or to accomplish is called gongfu. The term can be applied to any special skill or study as long as it requires time, energy, and patience. Therefore, the correct definition of qigong is any training or study dealing with qi that takes a long time and a lot of effort.

Qi exists in everything. Since the range of qi is so vast, the Chinese have divided it into three categories, parallel to the three natural powers (san cai) of heaven, earth, and man. Generally speaking, heaven qi is the biggest and the most powerful. This heaven qi contains within it the earth qi, and within this heaven and earth qi lives humans, with their own qi. You can see from the diagram that human qi is part of heaven and earth qi. However, since the human beings who research qi are mainly interested in human qi, the term qigong is generally used to refer only to qi training for people.

As you can see, qigong research should include heaven qi, earth qi, and human qi. Understanding heaven qi is very difficult, however, and it was especially so in ancient times when the science was just developing. The major rules and principles relating to heaven qi can be found in such books as The Five Elements and Ten Stems (Wuxing and Shitiangan); Celestial Stems (Shierdizhi); and the Yi Jing.

Many people have become proficient in the study of earth qi. They are called geomancy teachers (di li shi) or wind water teachers (feng shui shi). These experts use the accumulated body of geomantic knowledge and the Yi Jing to help people make important decisions, such as where and how to build a house or even where to locate a grave. This profession is still quite common in China.

The Chinese people believe that human qi is affected and controlled by heaven qi and earth qi and that they in fact determine your destiny. Some people specialize in explaining these connections; they are called calculate life teachers (suan ming shi) or fortune tellers.

Most qigong research has focused on human qi. Since qi is the source of life, if you understand how qi functions and know how to affect it correctly, you should be able to live a long and healthy life. Many different aspects of human qi have been researched, including acupuncture, acupressure, herbal treatment, meditation, and qigong exercises. The use of acupuncture, acupressure, and herbal treatment to adjust human qi flow has become the root of Chinese medical science. Meditation and moving qigong exercises are widely used by the Chinese people to improve their health or even to cure certain illnesses. Meditation and qigong exercises serve an additional role in that Daoists and Buddhists use them in their spiritual pursuit of enlightenment and Buddhahood.

You can see that the study of any of the aspects of qi should be called qigong. However, since the term is ordinarily used today only in reference to the cultivation of human qi, we will use it only in this narrower sense to avoid confusion.

(The above is an excerpt from Simple Qigong Exercise for Health 2nd Ed. Rev. by Dr. Yang, Jwing-Ming.)