Chinese New Year "The Year of the Wooden Horse" Interview with Dr. Yang, Jwing-Ming | YMAA
Skip to main content
FREE Shipping Order Over $70. (US Only, Conditions apply)    |   Up to 20% Off. Exclusions apply. 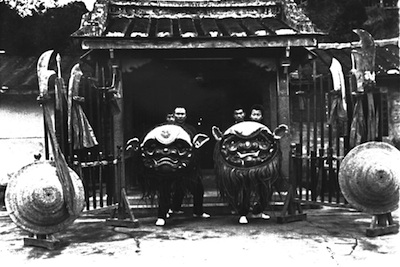 Most non-Chinese people (Westerners) call the Spring Festival 'Chinese New Year.' The 2014 Chinese Spring Festival falls on January 31 continuing through February 6. According to the Chinese zodiac it is the Year of the Wooded Horse. In Chinese Five Element theory, Horse is in the Fire group, which is the strongest fire animal in twelve zodiacs.

The New Year is described as being part of the lunar calendar, but it is actually a lunar-solar calendar as some of the holidays are based on the solstices and equinoxes and others on the full moon.

Chinese New Year is one of the grandest and most important festivals for Chinese people. It can be compared to Christmas Day for Westerners. It is a time of family reunions, numerous activities, traditional foods and clothes.

Its origins go back 4,000 years originating during the Shang Dynasty (17th through 11th century B.C.). There are fifteen days to Spring Festival, and different events fall on each day. The last day is the Lantern Festival.

Q. Please give our readers a little background about yourself.

A. I grew up in Taiwan during the post World War II era. I come from a family of nine children. My family faced many hardships during this time including lack of enough food and clothing, especially shoes. But here is where I learned much patience and endurance.

Q. What is your educational background?

A. Growing up, I studied very hard and became one of the few students in my high school to attend college. I earned a bachelor of science in physics from Tamkang University and a master's degree in science from the National Taiwan University. In 1974 I moved to America to further pursue my education. I earned a doctorate's degree in mechanical engineering from Purdue University in 1978.

Q. When did you start training in martial arts?

Q. Coming soon is Chinese New Year or the Spring Festival. How did you celebrate this holiday as a child? Were there customs, special foods, activities, and traditions?

A. Usually, we received new clothes from our parents. We also received red envelopes with "lucky" money inside from our parents and elders, such as grandma, aunts, and uncles. However, the best part of the festival was having a big, nice dinner together with plenty of food. We also played with fireworks. And we went to see street shows with lion dancing, dragon dancing or some other shows like Gongfu. Everyone was happy. You would also go see your relatives and congratulate them for the New Year and naturally, receive lucky money. Wow! I miss so much of those times. After you grew up and went to college the fun was not as much because you didn't receive any lucky money anymore. Once you began to make an income, it was your turn to give lucky money.

Q. What was the most outstanding Chinese New Year you remember?

A. When I was in college around 1963, I returned home for the New Year celebration. On New Year's Day, instead of visiting my relatives, I spent the whole day with my Gongfu classmates and visited my White Crane master in the mountains. His wife cooked a big dinner for about 15 of us. After dinner, we practice martial arts, lion dancing, and just have fun. My White Crane master demonstrated for us. We took some photos. Each time I see photos from that time, it brings a lot of good memories and joy to me.  Remember cameras were rare at that time. Only very rich families could afford to have a camera since it cost a lot of money to buy film, develop, and print. Time is fast, too fast. It seems like it was only yesterday.

Q. How did your parents, when they were children, celebrate this festival? Has it changed during the years?

A. I believe more or less it's the same. It is a tradition. When my parents were children, the Japanese controlled Taiwan. The Japanese do not celebrate New Year on the same day as Chinese. Not only that, Japan initiated the Second World War in 1937, which lasted eight years. Starvation was common and there was not too much celebration during that period. I did not hear too much about Chinese New Year celebrations when my grandma and parents were children.

Q. Did you carry any of these traditions with you when you came to America as a student?

A. While I was attending Purdue, the Chinese community there still celebrated Chinese New Year. When my children were small, we celebrated a little here and there. But it was never the same as it was in Taiwan. The environment and atmosphere were different. Over time, the feeling of tradition was gradually forgotten. Only when we went to China town did it have a feeling of a festival. Later, when my children grew up more, all they were excited about was Thanksgiving and Christmas. I believe this new generation has been naturalized by the culture here.

Q. Did you celebrate this holiday with your children growing up in America?

A. Usually we have a gathering of the families, my wife, sister, and some other friends in Boston. We had a nice dinner. Chat with each other and the children have a good time. However, there was no lucky money. We also have dinner together at Thanksgiving time.

Q. Tell us about the YMAA Retreat Center in Miranda, California.

A. In 2008 I decided to dedicate my life to develop YMAA Retreat Center in Miranda, California. As the center develops, it will become a beacon, a leading example of re-establishing the model and methods of ancient martial arts training leading future generations to the path of self-discipline, humility, responsibility, confidence and compassion. The most important mission of this center is to preserve the traditional Chinese martial arts, moralities, discipline, and spirit. The program is entering its sixth year. I feel very comfortable that this project will be successful when it is completed in 2018.

Q. How will you celebrate this Chinese New Years at the YMAA Retreat Center?

A. It will be training as usual. I may take the students out for dinner. We did celebrate Thanksgiving together here. It was a nice big dinner and time to relax. I guess Chinese New Year is not too important here. After all, there is no festival mood or atmosphere.

Q. What are the goals of the YMAA Retreat Center during The Year of the Wooden Horse

A. Train hard and catch up on any late schedules. I enjoy this new group very much. They have good disciplines and manners. I believe this year will be a good time to push them even further for more progress.

Q. What do you see as the future of YMAA Publication Center since it is celebrating its 30th Anniversary during the Year of the Wooden Horse

A. YMAA Publishing Center has established its high recognition and reputation all over the world. As long as David Ripianzi, publisher, is open-minded and willing to change strategies and keep up with new technology, YMAA will be greater and more successful in the future. Naturally, YMAA Publishing Center must continue its tradition of good, high quality products.

In conclusion, Dr. Yang reiterated his mission, "I want to lead Chinese martial artists in the West back to their roots and help them regain the original high level of skill and public respect. I also wish to bring Qigong training to the Western world and have it accepted by the Western medical society once and for all."