Teaching Joint Locks | YMAA
Skip to main content
FREE Shipping Order Over $70. (US Only, Conditions apply)    |   Up to 40% Off. Exclusions apply. 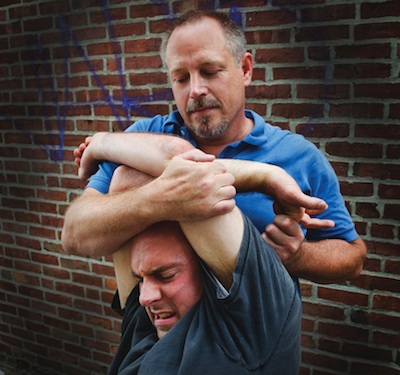 About 2003, the training unit at my old agency got some pretty disturbing numbers. Assaults against staff and hospitalizations had increased dramatically. The programs taught at the academy and approved by our agency weren't cutting it. The Training Unit tasked a few of us to redesign the Defensive Tactics program from the ground up.

About 2003, the training unit at my old agency got some pretty disturbing numbers. Assaults against staff and hospitalizations had increased dramatically. The programs taught at the academy and approved by our agency weren't cutting it. The Training Unit tasked a few of us to redesign the Defensive Tactics program from the ground up.

The people that were picked all had Uses of Force in the multiple hundreds, reputations for being cool under pressure, and most had extensive martial arts training. We got together and we brainstormed.

The problems with teaching Defensive Tactics, Martial Arts, and Self Defense rarely lie in the techniques. Breaking or controlling people is a matter of physics, and it isn't complicated or difficult. The problems in teaching tended to be:

And for officers there is one more—extremely limited training time. You need to get people up to speed to handle everything from handcuffing a resistive drunk, to breaking up a fight between two inmates, to fighting for their lives, to surviving a shanking. And we were expected to teach all this in sixteen hours.

Impossible? Maybe. But these were our friends and colleagues and they were getting hurt. You can do some impossible things if the price of failure is blood.

What we revamped were the teaching methods.

I'd been working on the concept of Principles-Based Training. Mac (Paul McRedmond) called and raised and we started working on Awareness-Based Training; if you truly learn to see, what you need to do becomes obvious.

They needed to understand what each thing actually was. That probably sounds esoteric, but if you break things down the right way, most things are simple. What is striking? Power generation, targeting, timing and conformation (making sure you don't break your own hand.) That doesn't take years to get good at. Break it down like that and hitting like a mule, even moving, can be taught in a few hours.

Then put them into free play with power and aggression.

Finally, confrontational simulation—put them in a scenario with armored opponents, safe training versions of all of their available weapons, minimal information. Have them handle the situation at full force with full respect to policy and force law.

Sigh, we were never able to cram scenarios into the sixteen hours. That was always a separate class. But in sixteen hours we got our deputies proficient with locks, takedowns, strikes, ground fighting, leverage and spine controls, pressure points and neck restraints. And we had a 30 percent drop in officer injuries for the next five years, with no increase in inmate or arrestee injuries.

The joint locks class and the video grew out of that experience. Locks are important, not for self defense as much as control and handcuffing, but they have a reputation for being complicated and difficult. I don't think that's true. I think that most martial artists and Defensive Tactics Instructors teach them in the stupidest possible way. The problem in application is different than the problem in teaching.  The physics are still easy, but the problem in application is acting despite fear.

So if you want to get competent at joint locks, the video will take you part of the way. We only filmed up to the 'playing with skills and natural movement' stage mentioned above. It would have taken a whole other video to go into integration exercises, but there are clips of Jeff Burger and me playing at the higher intensity integration level.

That said, my goal with this video isn't to teach joint locks. It's to show that it is possible to teach far more effectively. I want some judoka somewhere to start thinking, "Really, how many ways are there to put someone on the floor? We can teach this better!" And some BJJ instructor to wonder, "Is there any point in memorizing all these positions and escapes? Isn't there a common thread of principles that ties it all together?"

We've spent hundred of years, theoretically, streamlining our fighting skills. It's possible for the next generation to streamline teaching skills. My goal is to make students better than me in a tenth of the time it took me…and with fewer injuries.