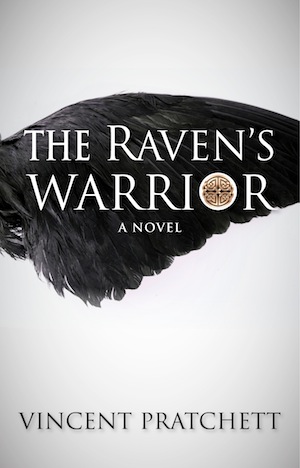 A man sees the world through the eyes he has been given. A priest and his daughter in the land called China liberate the wounded Celtic prisoner of war (Vincent) ripped from his homeland. This chapter is about the beginnings of the priest, Mah Lin, who is Vincent's owner.

A man sees the world through the eyes he has been given. A priest and his daughter in the land called China liberate the wounded Celtic prisoner of war (Vincent) ripped from his homeland. This chapter is about the beginnings of the priest, Mah Lin, who is Vincent's owner.

Four years would pass with only minor incidents, but this time the abbot had heard troubling rumors, and as he studied the face of the novice summoned before him, he knew that they were true. Discipline is the backbone of any sacred order, and the breaking of its trust could not go unnoticed. Mah Lin was still young and held much promise, but his surreptitious night foray must be addressed. The abbot was a kind man, and the monk before him had always reminded him very much of his younger self, headstrong and impetuous, and indeed a bit amorous. He smiled without explanation and thought carefully about the punishment that he would hand out.

"Mah Lin," the abbot began as the young monk moved uncomfortably from side to side, "it has been told that you left these grounds at night and sought the arms of a woman." Mah Lin looked at the floor, a look that was both an answer and a confession. He felt the silk tunic beneath his priestly robes and hoped the abbot did not know of this souvenir. The abbot continued, "This behavior is a bad example to those that look up to you. What could bring you to this reckless course of action?"

Mah Lin was startled by the laughter bursting suddenly from the venerable one. When the abbot had finally collected himself he spoke in serious tone. "Yes, Mah Lin, love is by nature a very strong force, a force that helps to shape and bind the universe, and it is a force that heals and transforms both the body and the soul." The old monk's eyes reflected a journey far back into his own past, and that memory seemed to bring him joy. The eyes of the abbot caught Mah Lin and held him motionless with their intensity.

"From now you will concentrate on your physical training, perhaps if you are tired enough, desire and temptation will be lessened." The abbot seemed satisfied with his own decision, and then said to Mah Lin, "Report back to me in one month.  I need time to consider your permanent reprimand, and I do not want to seem headstrong and impetuous." Once again the old one's eyes seemed bright with laughter, and Mah Lin bowing, took his leave.

Mah Lin was confused as he walked down the corridor; the punishment dealt out was no punishment at all, for it was well known that he had taken to the martial disciplines like a bird takes to the air. He would, of course, comply and worry what his permanent castigation would be. For the next month the young monk trained like one possessed, and although his mind still wandered outside the temple walls and to the home of the beautiful woman, he knew that his life's purpose remained within them.

Under the youthful eyes of the old abbot, Mah Lin set to task. The venerable one had seen potential beneath the outer rebellion of the young monk.  Sometimes as it was now, a challenge can be a gift and a punishment merely a test.

For the young monk, the day began much sooner than the dawn. His regime now started well before the sounding of the rooster. Nourished only by a hasty breakfast of rice-gruel and vegetables, the vigorous training of mind and body began with stretching and stance. When the other monks were given time for rest and contemplation, the young Mah Lin was made to learn new and more demanding forms. Sweat rolled from his shaved head and over wiry shoulders, where it channeled down like a river guided by the muscles of his sturdy chest.

If this reprimand was designed to break body or spirit, it did neither, for as much as was thrown on the shoulders of the young monk, he took more. When all his brothers were settled for the night, Mah Lin was still practicing the physical lessons of his day. At its end he would descend to the temple library and sweep the dust from floor and shelf, from here he would move on to the polishing of the weapons within the armory and the shoveling of the coal dust from the temple forge. Only then, filthy and exhausted, would he close his eyes long enough to begin another day.

Time flew by; a month seemed like a week. Lately he had taken to looking openly at the sacred texts and brandishing the temple's finest swords. It was here in the lamp lit darkness of the temple cellar that both blade and imagination flew. The day arrived when that flight was cut short by the abbot's stern voice. Mah Lin jumped like a child with a hand caught in the honey jar.

The abbot's words boomed out, "It seems you are drawn to both weapon and word, but as novice you must drink milk before you eat meat, as child you must crawl before you can run. Sword and literature lie at the foundation of our order, but their proper study requires both time and guidance. Report tomorrow and accept your full and permanent retribution, your month has passed."

By morning the stark confines of the abbot's chamber were washed by the soft light of the new day. Mah Lin saw the scrolls hung upon its walls and the gathering of senior monks that sat cross-legged where floor met wall. An ancient but exquisite blade had been brought from the temple vault and now lay prominently upon the patriarch's simple desk.

Mah Lin had never seen this sword, but knew by instinct what it was. Often in the quietness of the nights he had heard of its existence, whispered conversations always wrapped in tones of awe and reverence. As Mah Lin wondered if its purpose was to cut him swiftly from the Order, the abbot got straight to the matter at hand.

"Mah Lin, you have violated your sacred trust, and your position within these cloistered walls has been assessed. It has been decided that you are to continue your routine of punishment. Your seniors say that you learn well, but there is still much they have to offer. They will break you or they will build you—time will tell.

In addition, you are now the keeper of the forge and the protector of our sacred library. You will be taught the secrets of transforming earth into metal and study with the most venerable the sacred documents which you are now, with your life, sworn to protect." The abbot lifted the sword from the desk and walked towards the novice, passing it respectfully to the young monk he continued. "This weapon is named The Sword of Five Elements and is the soul of our dwelling. It is your blessing and perhaps your curse. May wisdom guide you in its purpose. Mah Lin, you are dismissed."

And so, as quickly as it began, it was over. Mah Lin walked from the old priest's chambers, still not sure what had just transpired.  The abbot for his part smiled and conversed with the senior monks, feeling much younger than his many years. He had known all along that this punishment fit the talented offender well, and that Mah Lin was the only one with the qualities needed for the honor bestowed.

Still reeling from the morning's event, the young monk moved lightly along the hallway and down the stairs. Alone once more, he examined every detail of the sword within his hands, and with the eyes of his soul peered into its depth.

Steel and parchment were now his life's one purpose, and his spirit sailed upon the winds of destiny.

(Celebrating World Book Night, the above excerpt is from The Raven's Warrior by Vincent Pratchett.)