Modern Trends: Reality-based Martial Arts | YMAA
Skip to main content
FREE Shipping Order Over $70. (US Only, Conditions apply)    |   Up to 20% Off. Exclusions apply. 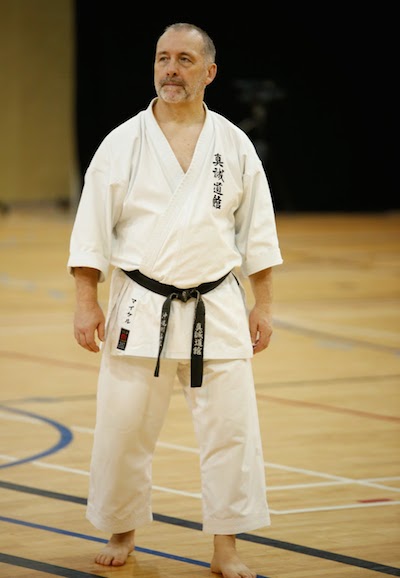 The rise in recent years of so-called ‘reality’ based martial arts reminds me of other great scams committed against the general public, like bottled water, and who can forget the panic that gripped the world in the 1990s over the Y2K dilemma that was supposedly going to see aeroplanes fall from the sky and shut down every computer on the entire planet.

The rise in recent years of so-called 'reality' based martial arts reminds me of other great scams committed against the general public, like bottled water, and who can forget the panic that gripped the world in the 1990s over the Y2K dilemma that was supposedly going to see aeroplanes fall from the sky and shut down every computer on the entire planet.

Today there are two main streams of  'reality' based martial arts being taught to the public, those based on tactics used by various police and military institutions around the world, and the sporting 'reality' engaged in by young men who have something to prove to themselves and others. While the military approach to self-protection sounds compelling, I fear the mindset of those teaching it to the public is little different to that of the average karate instructor who sets up shop in the local scout hut and solicits for business in the usual way. Military 'Close-Quarter-Combat' is a tool with a precise purpose, to kill! I'm not sure what good that skill is in most people's everyday life. Still, the dream of having the largest knife, the biggest gun, or the most deadly fighting techniques, should you be confronted, remains a powerful draw card to those who live their lives in fear of violence.

While I have nothing but admiration for those folks who train hard in any martial art, and for those who enter the various cage-fighting tournaments around the world, I have to say what they do is no more real in terms of fighting than the kind of training I have done in the past in various karate dojo in Okinawa and elsewhere. If you want to get into a really 'real' fight, you should join the police, prison service, or the military. In any of these situations you will come across plenty of people who will happily kill you: that's real fighting!

All the other stuff, in rings, in cages, in dojo, in kwoon, and in dojang around the world, that's all sport. Okay, I admit, some of this sport is brutal, and a lot closer to reality than others, and it takes no small amount of courage to enter into these fights, but it's still sport, and as such has rules and safety measures in place to avoid serious injury. Walk into the local Hell's Angels clubhouse and give the sergeant-at-arms a big kiss; then you will have a real fight on your hands. Sorry, but as tough and as demanding as these 'reality based' and martial sports are, they are no more real than any other rule-bound, combat-based sport.

So, is there anything else you can do to engage in a real fight, short of searching for a Hell's Angel to cuddle or joining the armed forces? Well yes there is. You can turn the fight away from others and look inward toward the negative aspects of your own character. Once you take your gaze off others and start to focus on your 'self', you will find an opponent who is not so easily defeated, an adversary who will take real commitment to control, let alone vanquish. Too much eh? Yes, I thought so. It is a common enough reaction when faced with the prospect of engaging in a 'real' fight. People usually back off and start looking for excuses or find ways to avoid this particular confrontation.

If your life is not fulfilling then how do you go about changing it? If you do not have contentment, how are you going to find it? If you do not have control of your own future, then how can you regain that control? If fighting for such things in your life is not 'real' then I don't know what is. Regardless of which martial art you train in, the important thing to remember is this: it's not what you do that adds value to your life, but how you do it. Fighting others is not easy, but such battles pale into insignificance compared to the brawl you engage in when you take on your own ego: that is about as 'real' a fight as it gets.

What you see now in terms of fighting sports is nothing new, the ancient Romans did it, and the ancient Greeks did it too. In actual fact, they really did fight for real. Gladiators entering the arena could only guarantee coming home for dinner if they killed their opponent; now that's a real fight. And the fighters of the first Olympic games who took part in the pankration tournaments knew their opponent was out to inflict life-threatening damage if they could: also real.

What you see on TV today is a highly developed version of the oldest male dominated activity in the world: fighting. It appeals to the cave man in those whose aggression has yet to be domesticated. After all, there are few creatures walking the planet today more gullible and headstrong than the average human male between the ages of sixteen and twenty-five. Fueled by testosterone and raging hormones, and guided through their formative years by a brain not yet fully developed, adolescent boys are easily turned toward their natural tendency to fight.

If young men have even the slightest inclination toward pugilism, the seemingly 'new' and exciting approach of cage fighting in the martial arts hits the nail squarely on the head. Those of you who have been around the block a few times have witnessed other such realities in the martial arts before. I sometimes wonder how many ex-ninja there are walking around out there today, each one a highly trained assassin, expert in 'Black Ops' and covert surveillance techniques, and masters of the one-touch death grip. In spite of all the hype surrounding Ninjitsu in the 1980s, I always figured I was safe.

Nothing New in the Modern Trend in Martial Sports

Any training in the martial arts, if entered into seriously with a sincere desire to engage the 'self', will make your fight real. But just as real as the training is the desire of a few individuals who claim anything and everything if it will help them part you from your hard-earned cash. There is nothing new about the modern trend in martial sports; the packaging and promotion may have changed and will no doubt change again in the future, but the product is the same. For, at the end of the day, the only thing being bought and sold are dreams.

Aggression is a natural part of being a male; it is in our genes, but we do not have to fight each other, we can choose another path. In my opinion aggression is not the problem here; the problem lies in identifying where to aim your aggression and identifying exactly who or what you should be fighting against. You can choose to fight another person, you can choose to fight the 'system', or you can choose to fight your own negativity and the things about your character that lead to your unhappiness. While the first two options will undoubtedly create more problems than they solve, the third approach will direct you toward contentment. But it's not an easy path to walk; on the contrary, fighting your own ego offers far less 'instant gratification' than any other alternative, and yet its rewards are intensely meaningful and lasting.

(The above is an excerpt from Shin Gi Tai, Karate—Training for Body, Mind, and Spirit by Michael Clarke)