I.M.O.P. Principle—Intent, Means, Opportunity and Preclusion | YMAA
Skip to main content
FREE Shipping Order Over $70. (US Only, Conditions apply)    |   Up to 40% Off. Exclusions apply. 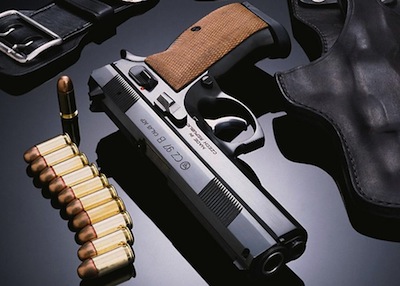 How do you know when it is legal to get physical with an adversary? Learn the I.M.O.P. (Intent, Means, Opportunity, and Preclusion) principle. All four of these criteria must be met before you have a good case for taking action. If one or more of these conditions are absent, you are on shaky legal ground.

How do you know when it is legal to get physical with an adversary? Learn the I.M.O.P. (Intent, Means, Opportunity, and Preclusion) principle. All four of these criteria must be met before you have a good case for taking action. If one or more of these conditions are absent, you are on shaky legal ground.

These guidelines are not only useful, but they are also easy to remember in the heat of the moment on the street. That's because they are based on common sense. You must be in danger, or "jeopardy" in order to protect yourself from harm. Obvious, right? Danger from another human being comes from their intent, means and opportunity.

The hard part is that knowing this is not enough. The presence of intent, means, and opportunity may be sufficient for you to act in self-defense. However, their mere presence may not be enough for you to prevail in court. You must also be able to explain how you personally knew that each element was present in a way that the jury will believe.

You must be able to show that the threat (the standard cop term for a bad guy) wanted to do you harm.* You must be able to tell how you knew. Someone screaming, "I'm going to kill you!" is fairly clear, at least if his body language backs up his words. If the threat balls up his fist and draws his hand back, you can explain why you believed he was about to hit you. If a threat suddenly reaches under his jacket, you may believe that he is going for a weapon and can explain that too.

Intent is critical. People have chances to kill you all the time. The waiter bringing you a steak knife in a restaurant has a deadly weapon and is well within range. But we do not kill the waiter, nor do waiters live in fear, because we all understand that without intent there is no threat. No justification for force. So we don't act.

This goes for the guy reaching under his jacket. This is an action that people do every day, getting out wallets, keys, and loose change. The hand reach itself is not enough. You will have to explain all the elements of that moment that indicated to you why that action showed intent. Did he continue toward you after being told to back off? Were you in an isolated area or alone at night at an ATM? Did you see, hear, or smell something that brought this everyday movement to a new level?

To be a legitimate threat, the person must have intent and you must be able to explain how you knew that.

All the intent in the world does not matter if the threat couldn't hurt you. Most people have some means at some level—fists and boots and size. Others have weapons or indicate that they have weapons.

A two-year-old throwing a temper tantrum has some of the purest intent in the world, but he or she lacks the size, strength, and coordination to do anything severe.

The means that the actions you articulate must also match the means that were presented. People who were poorly trained in self-defense mouth the words, "I was in fear for my life," like it is a mantra or a get-out-of-jail-free card. It is a bullshit platitude. You will be expected and required to explain exactly what made you fear for your life—the intent, the means, and the opportunity. If you are claiming the threat was deadly, the means have to be deadly. A shoving match does not count.

You must be able to articulate exactly what led to your fear in a way that demonstrates it was legitimate.

Intent and means do not matter if the threat cannot reach you. If someone is screaming he is going to kick your ass from across the room, he may be a threat but he is not an immediate threat. You can't shoot him. If he has a gun, being across a room does not matter as much. You have a pretty good argument that you were in danger. Similarly, someone waving a knife at you from inside a vehicle while you are walking on the sidewalk is not an immediate threat. If he slams the accelerator and the car lurches toward you, that situation has changed significantly.

Intent, means, and opportunity are the desire, the ability, and the access to hurt you. You must be able to show all three to justify using force for self-defense.

Even if intent, means, and opportunity are clear, there is one other requirement (for civilians and in most states**) to satisfy. You must be able to show that you had no safe alternatives other than physical force before engaging an opponent in combat. If you can retreat without further endangering yourself***, this criterion has not been met. After all, it is impossible for the other guy to hurt you if you are not there.
These are the questions any jury will be asked and you must be able to explain: Could you have left? Could you have run? Did you in any way contribute to the situation getting out of hand? Would a reasonable person have seen a way out or seen a way that used less force?

All of these are preclusions that would have stopped the situation from going to force. You must not only prove the threat was real and immediate, but that you had no other good options.

Clearly you should never let fear of legal repercussions keep you from defending yourself when your life is on the line, but an understanding of the law can help you make good decisions on "that day" should it ever arrive.

* For self-defense. Other levels of legal force, such as refusing to leave the premises after a lawful order to do so, also require I.M.O., but at a different level.
**Law Enforcement Officers have a "duty to act" and can't be expected to retreat. In some states, "Stand Your Ground" laws appear to remove the preclusion requirement.  "Castle" laws give great freedom for self-defense in the home provided the threat feloniously enters. If someone breaks into your home, a castle law essentially grants that I.M.O. are givens.
***The justifications for defending a third party are essentially the same as for defending yourself. Though you, yourself, might be able to leave safely if another potential victim would be left behind and helpless, you can articulate why you needed to engage.

(The above excerpt is from Scaling Force: Dynamic Decision-Making Under Threat of Violence by Rory Miller and Lawrence A. Kane)