Fond Memories About Okinawan Cuisine | YMAA
Skip to main content
FREE Shipping Order Over $70. (US Only, Conditions apply)    |   Up to 20% Off. Exclusions apply. 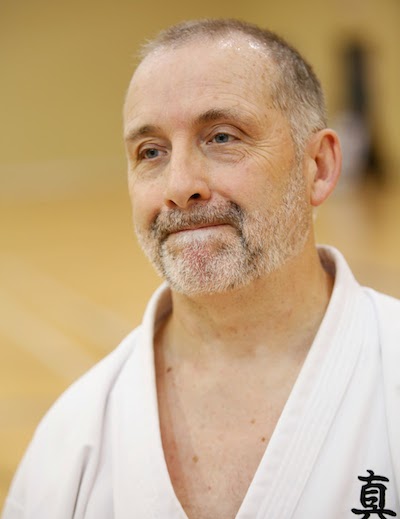 I once asked a Japanese friend of mine, who had flown down from the mainland to Okinawa to meet me, if she was enjoying her visit to this part of Japan. Her reply surprised me at the time, as she confessed it was like visiting a different country. The food in particular was very different from the type of dishes she ate on a daily basis with her family in Osaka.

Now, while it has to be said that each country can boast a regional cuisine, this is not the case here. Because of the Ryukyu kingdom's status as an independent nation prior to the 1609 invasion by Japan, Okinawan food is a reflection of its trading links with China, and many other Southeast Asian countries with which the kingdom did business for hundreds of years.

Rice Not the Main Ingredient

Perhaps the most obvious aspect of Okinawan cooking are the many dishes that do not include rice, and the inclusion of vegetables that are in common use nowhere else in Japan; goya is maybe the best example of this. Looking like a large cucumber with a bad case of acne, its knobby green surface gives a good indication of the 'less than smooth' taste to follow. However, blended into a juice and served cold after training, it offers a surprisingly refreshing amount of relief; and many Okinawan dishes use goya in much the same way as Western dishes might use celery.

The nabera, a type of pumpkin, and the humble sweet potato also make up a large portion of the vegetables consumed by Okinawans. I have fond memories of waving down the neighborhood sweet potato vendors as they drove around the back streets of Naha in their tiny trucks. On the back, an open fire burning in a metal brazier kept the sweet potatoes hot and ready to be eaten. One hundred yen was a cheap way to keep the nutrition going toward the end of many of my training trips, when funds were running low.

Pork too plays a big role in Okinawan food, and it is said that everything from the hoof to the snout is eaten. As well as lean and tender cuts of pork, Okinawans also consume large amounts of the fat too, and some dishes arrive at the table with bubbles of it shining on the surface, something I personally am not a great fan of. Still, when you are training hard every day you tend to get hungry, and when you are hungry it is surprising what you begin to find attractive in the way of food.

One day my teacher, Eiichi Miyazato, took my friend and me to a restaurant famous for its noodles, soba. I remember his telling us quite clearly, as we left the car and walked across the car park, that this was the best place in the whole of Okinawa for pork. I love pork, it is my favorite meat, and so I was really looking forward to the lunch to come. The waitress took our order, which Miyazato sensei had taken care of, and we settled back with a cold drink to await our meal. Not too long afterward, the waitress appeared again with a tray of food and promptly placed before my friend and me, our lunch. There on the table in front of us were the biggest bowls (like small buckets) of noodles either of us had ever seen in our lives; and sticking out from each bowl were three huge pig's feet!

Miyazato sensei had done it again; he had in one clever move solved our hunger problem and at the same time provided us with the challenge to try something new. While providing sustenance he had also managed to remove us both from our comfort zone. He of course faced a far less daunting challenge as he tucked into a rather modest bowl of buckwheat noodles, but it was one of those occasions where I began to understand that when we remove karate from the culture in which it emerged, we really do end up with something entirely different.

Variety of Drinks In Okinawan Cuisine

Although not strictly a part of Okinawan cuisine, I cannot mention what people eat on the island without taking at least a sideways glance at what they drink also. Of course, Okinawans drink a large variety of beverages ranging from tea to fruit juices to alcohol, all of which have their place in the overall diet of the population.

However, in a final nod of recognition to the uniqueness of Okinawan cuisine I should mention the local rice wine, awamori. Strictly speaking, it is more a liquor than a wine and predates the sake, rice wine, found in Japan. With a history stretching back over five hundred years from the time of the Ryukyu kingdom, awamori was introduced to Okinawa as a result of the vast trading empire they had established at the time. Long-grain rice from Southeast Asia is used in conjunction with a special mold and the two are allowed to ferment. This produces a liquid that is then distilled into awamori.

Noted among the locals not only for its high alcohol content but for its health giving properties too, awamori is often the drink of choice at parties or in the local pub-restaurants (izakaya) once a few beers have been consumed and the singing starts to get underway in earnest.

(The above excerpt is from Shin Gi Tai—Karate Training For Body, Mind, and Spirit by Michael Clarke.)