Don’t Take It Personally | YMAA
Skip to main content
FREE Shipping Order Over $70. (US Only, Conditions apply)    |   Up to 20% Off. Exclusions apply. 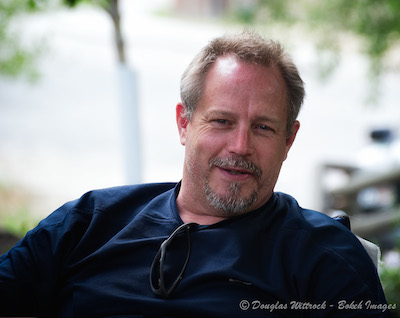 What does that even mean? In Conflict Communications the meaning is very specific. It takes history to hate a person. There must be a history of wrongs or perceived wrongs in order to get a deep and personal emotional bond, positive or negative.

What does that even mean? In Conflict Communications the meaning is very specific. It takes history to hate a person. There must be a history of wrongs or perceived wrongs in order to get a deep and personal emotional bond, positive or negative.

Love at first sight? It's a hormone reaction. Sometimes it grows into something deeper and it might be fun to fantasize about the stranger who met your eye and smiled all those years ago—but love, friendship, and even hate take time and contact.

Rage doesn't. Nor does infatuation. Those can be triggered in the monkey brain by scripts.

The script has been playing for a long time. Things went really well, especially early in the relationship. She was everything he dreamed: pretty, smart, and devoted. It got rocky later. "Smart" meant she kept telling him what to do. If she'd just listened when he told her to stop, things would have been perfect.
But she didn't listen. She said he wasn't the boss. She knew he was bigger and stronger but didn't think that should matter. It did matter. He tried to tell her. She just did whatever she wanted anyway. The first time he pushed her, she screamed at him and actually hit him. So he hit her back. Not hard. A slap. Nothing really.
For the next couple of days she was quiet, almost meek. He felt bad so he got her some flowers, took her to dinner. Paid her a lot of attention. She liked that, but it was a long time before she started trying to boss him around. That ended the same way.
Now, usually, all he has to do is give her the look and she's meek again. Usually. Sometimes it takes a little more to get her attention. That's where things were when the busybody stranger stuck his nose in their business and tried to get him to stop.
Stranger had to be taught to mind his own business. He got what was coming to him.

The narrator in this story—does he hate the woman he abuses? Not in his mind. He is maintaining control. He is on a script, perfectly comfortable in his monkey mind.

Does he hate the stranger he teaches a lesson to? The beating was probably savage; it often is when an outsider gets involved in an in-group dispute. Does he hate the stranger? It's a rage, but again it comes from the script. That savage beating is not much different than captured soldiers getting mutilated or gruesome medieval executions. It is just a reaction to outsiders. Sending a signal.

"Don't take it personally" means this: if there is no history, if you do not know the person or if you do but there has been no history of harm or betrayal, it is not personal. The person may try to make it seem personal, to satisfy both your monkey brain and his or hers, but it isn't.

This understanding helps to give you the option of staying calm and dealing with the human-level problem.

It works the other way as well. If you dislike someone or start to feel anger and irritation, take a breath and check yourself. Do you have history with this person? Have you harmed or been harmed by this person? If there was harm, was it based on the circumstances?

When interviewing for the tactical team, one candidate failed twice. In each interview we had two scenarios. The candidates probably believed we were testing tactical knowledge. We weren't. In each of the scenarios was a fundamental decision point that hinged on character.
One was whether the person would be blindly obedient. These were high-end operators who would be called in to ugly situations and needed to adapt independently. I needed people who would tell me when I was wrong and refuse an order if the situation in front of them warranted it. We neither needed nor wanted obedient sheep on this team.
The second scenario tested a different character issue.
The candidate failed twice, both times on the scenario. In many ways he would have made a good operator—fit, intelligent, caring—but he assumed making me happy, following my orders, was a higher priority than it was.
He assumed, since I had given the scenarios in both of his interviews, that I disliked him. That it was personal.

If previous loss, injury, or problems can be explained by circumstance (an interview as above or a legitimate business rivalry or coincidence), assume that. There is an old saying, "Never ascribe to malice what can better be explained by stupidity." That's good advice.

That said, you can take it too far. Adultery is clearly an issue with monkey-based territory and group-preservation connotations. Don't assume that just because you think it was reasonable, the wronged spouses will agree.

Which brings up two important things:

2. Breaking rules. Whether the scripts are based on ancient ways of living that no longer exist or not, the scripts have given us a set of rules that allow us to live together in relative harmony. There is a qualitative difference between silencing the inner voice that is holding you back and encouraging someone else to take drugs to be part of a group. There is a difference between aborting a script to get to the real problem and violating a social taboo. Most of the monkey scripts work to keep us living together. Do not violate territoriality or break a taboo and expect to avoid consequences through reasoning.

(The above is an excerpt from Conflict Communications: A New Paradigm in Conscious Communication by Rory Miller.)