Mind Approach in Practicing Taijiquan | YMAA
Skip to main content
FREE Shipping Order Over $70. (US Only, Conditions apply)    |   Up to 20% Off. Exclusions apply. 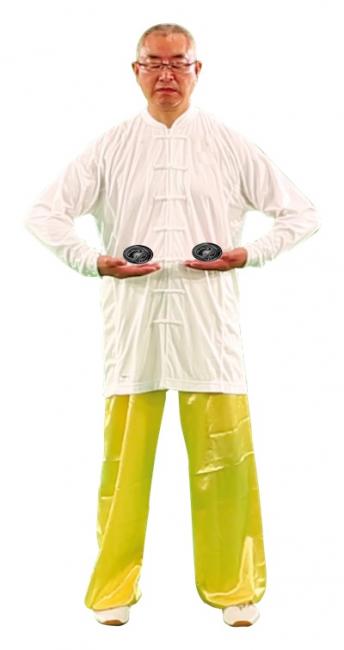 The Mind Approach in Practicing Taijiquan. The mind approach is a way of practicing with one's heart (mind and intent) as the guidance. It used to have no fixed patterns or rules; however, the mind approach I present has its principle based on the following six points.

The Mind Approach in Practicing Taijiquan

The mind approach is a way of practicing with one's heart (mind and intent) as the guidance. It used to have no fixed patterns or rules; however, the mind approach I present has its principle based on the following six points.

Six Points for the Mind Approach

Wei Shuren compiled some key factors of mind approach, which can be found in  "Mind Approach of Internal Power," from the chapter titled "The Theory of Internal Power" in his book The True Essence of Yang Style Taijiquan.  For the purpose of this discussion, I will present only Qi.  For further mind approach discussions, refer to my book, The Mind Inside Tai Chi: Sustaining a Joyful Heart.

The Law of Qi

The first element of mind approach in practicing taijiquan is qi. When related to heaven and earth, qi is the entity creating something out of nothing; when related to taijiquan, it is the agent for the intent to lead the form. This is the mechanism of qi, namely, the law of qi.

In the book The Dao of Qi, written by Xu Ning, a lecturer in the Department of Philosophy in Shaanxi Normal University, Zhang Dainian, explicitly defined qi as a type of matter from the philosophical aspect, pointing out that qi, in Chinese philosophy, is characterized by the following:

In the beginning chapter of the Dao De Jing, Lao Tzu wrote: "The non-being gives name to the originator of heaven and earth; the being gives name to the mother of all things." Here is the original note of the sentence: non-being is named by Dao, which is formless. Dao cannot be named. The originator is the essence of Dao, which uses, distributes, and generates qi, comes from nihility, and is the origin of heaven and earth. Being is named as heaven and earth, both of which have forms and positions, as if yin and yang are flexible and rigid, and therefore, can be named. The mother of all, heaven and earth, uses qi to give birth to things that grow and mature, like a child being raised by the mother.

Non-being is the state before the existence of heaven and earth. The unvarying name is non-being, which is the essence of Dao; but how can nihility become being? It can by using, distributing, and generating qi, and using qi to give birth to things, it becomes heaven and earth; thus qi is the origin of being. Therefore, Lao Tzu explained: "The Dao gives birth to the one, which is taiji." Taiji is the one, the qi. It is this originating qi that breeds yin qi and yang qi. The two qi interact with each other to give birth to all.

Zhang Zai, a representative Confucian scholar of the qi approach in the North Song dynasty, pointed out, "Taixu, the great void, is formless, where qi is originated. Taixu cannot be without qi, while qi must gather to form everything else, and everything else must scatter to become taixu." The birth and death of specific things are the gathering and scattering of qi, while "qi is free from birth and death, and exists eternally."

It is my hope that this helps the reader to understand that the profoundness of qi is in harmony with the principle of heaven and earth originating from qi.

For beginning taijiquan enthusiasts who want to enter the real world of taijiquan, it is not merely the will to practice taijiquan just as taiji aerobics, but to learn the subtlety of the use of internal force and power; one must learn the mind approach of the internal power, in which the inner qi is of major importance.

Exposition of Insights into the Practice of the Thirteen Postures makes it clear: "Use the heart (mind) to mobilize qi; use qi to mobilize the body; first at the heart, then at the body." It tells the practitioners the process of playing taijiquan is to use the intent to trigger qi, which will then lead to the body form. That is, use the intent to lead the qi; use the qi to trigger the form. The inner qi is the agent of the intent, and the form follows.

The heaven and earth is a big taiji, while the human body a small one. The heaven and earth developed from nothing but with qi as an origin. It is necessary for taiji practitioners to take qi as an agent in the transformation from intent to form to be able to enter the real world of taijiquan.

When talking about the inner qi, usually people feel it is far from reality. But after you realize that qi is an objective being free from form and matter, permeable, and inherently dynamic, it is no longer a mystery. Then the question would be how the inner qi is formed. The greatest Dao are always the simplest ones. Therefore, the answer is "intent arrives, qi arrives." It is that simple.

In a long term of practicing, the qi led by the intent is all around the body and under the control of the intent. The gathering and scattering, turning and rotating, rise and fall of the inner qi are caused by its different moving patterns. At the beginning, one can probably feel when the intent arrives but not the qi. But after a long time of practice, one day you will notice a flow of qi travelling to the fingertips, making the palm warm. Only then, will you find this is the arrival of qi.

In addition, there is a phenomenon for the practitioners to judge the status of the inner qi. One can check the lunula, the whitish half-moon at the base of a fingernail. It is the boundary between yin and yang meridians, representing the vital essence in the human body. Therefore, it is also called the health loop. If one has eight of them among ten fingers, it means the person is of good energy, and really full of energy if it is also on the little fingers.

(The above is an excerpt from The Mind Inside Tai Chi: Sustaining a Joyful Heart by Henry Zhuang.)