The Why and Wherefore of Conflict Communication | YMAA
Skip to main content
FREE Shipping Order Over $70. (US Only, Conditions apply)    |   Up to 20% Off. Exclusions apply.

Home >> Articles >> The Why and Wherefore of Conflict Communication 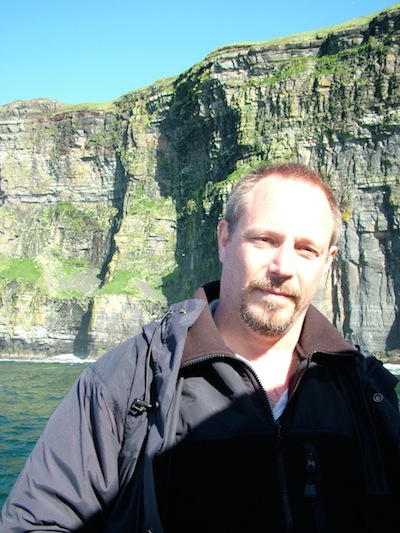 The Why and Wherefore of Conflict Communication

How often have you found yourself in an argument with your wife, husband, or significant other and thought, "Here we go again"? Have you ever found the answer to a real problem and had it ignored while the person you are trying to help wastes time and energy picking at you, trying to create a personal problem from a good thing?

How often have you found yourself in an argument with your wife, husband, or significant other and thought, "Here we go again"?

Have you ever found the answer to a real problem and had it ignored while the person you are trying to help wastes time and energy picking at you, trying to create a personal problem from a good thing?

Have you ever felt singled out and almost victimized for doing too well at a job?

The things that feel very personal are often impersonal. I'll do my best to explain the mechanisms that underlie so much of human conflict. I will try to give you tools so that you can see what is happening and choose another way. Most important of all, this book will help you avoid getting caught in the traps yourself.

The two people who developed this program, Marc MacYoung and I, are not academics. We are not scientists. Between us, we have one undergraduate degree. But we do have extensive experience with conflict. Both of us have written well-received books on the subjects of violence and conflict, and both support families largely by teaching the nuances of physical conflict.

Strangely, working with violent, dangerous people is not that different from working with run-of-the-mill angry, annoyed, or selfish people. The difference is that the time compression (a violent person can set you up and execute his plan in seconds; a jealous coworker can work on his gossip campaign for weeks) can make the pattern easier to see. And the stakes, of course, make an incredible incentive to get good at talking things down. If talking fails, someone is going to bleed.

We both had track records for being skilled at talking people down. The question was whether it could be taught. That question got us looking at our successes and mistakes to find the underlying principles. The result of that quest was the original Conflict Communications course, and this book.

The thing about a really good idea, a principle, is that it applies almost everywhere. As we worked out what was important and what had worked in the past, our students noticed that it didn't just apply to criminals and cops. The feedback for the first few classes made it clear: "Sure, this should work on the street, but you guys just explained my boss!"

Let me repeat something: we aren't scientists. Furthermore, there is very little good science in the study of conflict. Science, real science, isn't based on models or correlations, statistics or theories. It is based on experimental evidence—and no university ethics committee will ever approve an experiment that gets to the heart of fear, danger, and conflict. Not even at the emotional level that most people experience in day-to-day life.

Because we aren't scientists or theorists we don't want to present this as a theory. It is simply a model. There are theories presented in the book, some generally accepted, but none are true. No theory or model has a one-to-one correlation with the world. Maslow's hierarchy of needs is a powerful model for understanding conflict but has gaping holes as a theory.

Same with the overall theme of this work. Everything in here was back-engineered. What worked? Why did it work? No idea. Then think it through. What did the things that work have in common? Oh, that reminds me of a theory from college; let me look it up. It worked. It worked before it was ever a system. And it would continue to work as a model even if the underlying theories proved false. The only difference would be not knowing why it worked—and there is no guarantee that we know the real "why" now.

Most of what follows will be intuitively obvious. In a very real way, it is like teaching fish about water. Fish live in water. It affects everything the fish do—but it is invisible, and so whether the currents help or hinder swimming is largely a matter of chance. If the fish can be taught to see the water, they can use the most powerful element in their lives.

There will be some scientific-sounding details in what follows. Feel free to ignore it. Unless you are doing research, the background science is not important. The concepts are.

Also remember (and this applies to many other areas of life, so pay attention) that this is a model. No model is perfect. No model directly reflects reality. In the words of George E. P. Box, "Essentially, all models are wrong, but some are useful."

As scientific theories, both Maslow's hierarchy and the triune brain theory have holes you could drive a truck through. If Maslow were correct, no hungry people could produce art and no soldier going into battle could write a poem.
The neuroscience of the brain is far more complex than three simplistic levels.
I really don't care. Properly applied, both models have amazing predictive power and give you a framework that allows you to see and manipulate the world around you. Can't speak for everybody, but I'll take "reliably useful" over "peer reviewed" every time.

For our purposes, you have three brains, which we will call the lizard, the monkey, and the human.

The lizard also has an affinity for ritual and rhythm. Habits are laid down in this part of the brain, as are the little rituals that become mannerisms. I always add a little dash of coffee grounds to the pot, no matter how carefully I measured it. A friend starts every conversation with, "How's it going?" Our cat meows when he can see the bottom of the bowl. Habit and ritual.

Rhythm is often used to get in touch with this old part of the mind, as in tribal drumming and ecstatic dance. I noticed it another way though. When a criminal was getting adrenalized, losing his ability to reason as he got angrier and angrier, closer to exploding into violence, he would often develop odd little tics that were often rhythmic—shrugging his shoulders or bouncing on his toes. Humming.

The monkey brain corresponds to the limbic system, the emotional brain. The monkey is completely concerned with social behavior, with status and what other people might think.

The monkey cannot distinguish between humiliation and death. For much of our evolution, being cast out of the tribe was to be sentenced to a slow and lonely death. The monkey knows this and fears being ostracized above all things. Soldiers could not be relied on in wartime if the fear of being laughed at as a coward didn't override the fear of death.

You will see the power of the monkey in dangerous situations. In natural disasters or major events such as the Twin Towers' destruction, people were milling around, talking to each other, seeing what the other monkeys were going to do. In Baghdad, when an explosion went off nearby, some people would hit the floor. Some (who had been there awhile and could judge distance and safety) pretty much ignored it. Most looked around to see what they were supposed to do.

Because most of the conflict we experience comes from this level, the monkey scripts drive a lot of current human conflict behavior.

The neocortex, what we call the human brain, is the new kid on the block. It is thoughtful, usually rational (but only as good as its information). It is also slow. Gathering evidence, weighing options and possibilities, takes time. It tends to find a good solution, but usually one of the older sections of the brain has a decision all set to go before the neocortex has fully explored the problem.
You have three different brains with three different priorities. They evolved to deal with different kinds of conflict. They work using different scripts. They also have a very clear seniority system.

The lizard's only concern is your individual survival. It is utterly ruthless. It is also conservative and extremely resistant to anything new. This is why it is so hard, especially for people who have lived dangerous lives (such as victims of chronic child abuse) to change. The lizard only cares about survival. No matter how hard life has been, how dangerous it is, or how clearly it seems that a bad ending is inevitable, all the lizard knows is that what you are doing hasn't gotten you killed yet. Any change might.

This can be especially obvious in moments of extreme fear. When a rookie officer tries the same wristlock again and again even though it is not working. An officer repeats over and over, "Drop the weapon, drop the weapon," when it is clear he has no choice but to shoot; the lizard is freezing him into a loop. The lizard assumes it is a survival loop because it hasn't gotten you killed—yet.

Most people only experience the lizard in moments of extreme terror, if at all. This means they associate it with the survival stress response, the cascade of stress hormones that floods your body under extreme threat. The stress hormones affect your vision and hearing, your memory, your coordination, and your judgment. The stress hormones may make you clumsy, with tunnel vision, functionally deaf, stupid, stubborn, and incapable of remembering anything.

People who have only experienced the lizard under these conditions assume the lizard is clumsy and stupid. Not so. An elite athlete "in the zone" is functioning almost wholly in the lizard brain. Watch a kid playing a video game he or she has mastered and you see the lizard brain, totally absorbed in a task.

Those who have had their lizard triggered without a massive dose of adrenaline have sometimes been shocked by their own cold, ruthless thought processes. Some post event stress among survivors may come from a realization that what one is willing to do to survive is not compatible with self-image or even with internalized concepts of right and wrong. People start talking about a beast or a shadow or a "gray man" inside of them. Some obsess on it.

This part of your brain is not alien. Nor is it wrong. Not any more wrong than a rat, cornered, fighting like a cornered rat. If the rat had your brain, it would use it. For most of our evolution, this deep brain was on tap and used. It got some exercise and we (meaning the rest of our brains) were familiar with it.

As the oldest and concerned with the very highest priority, survival, the lizard brain has the chemical power to completely take over your brain. It can hijack you whenever it feels the need. This hijacking is triggered by fear of imminent death.

(The above is an excerpt from Conflict Communication: A New Paradigm in Conscious Communication by Rory Miller.)