Boundary Setting—Society's Rules | YMAA
Skip to main content
FREE Shipping Order Over $70. (US Only, Conditions apply)    |   Up to 20% Off. Exclusions apply. 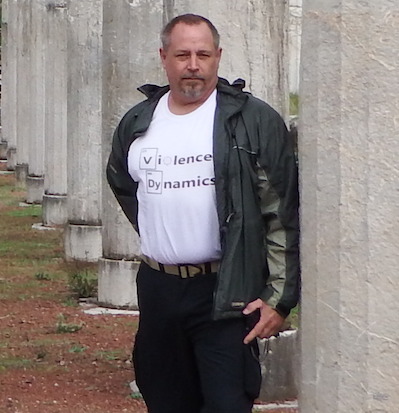 One of the advantages of living in society with a set of rules and mores is that the boundaries are supposed to be set for you. In a homogenous society everyone has similar ideas of right and wrong, appropriate and inappropriate. The rules say who you can and can't touch and how, what you can and can't say and to whom.

One of the advantages of living in society with a set of rules and mores is that the boundaries are supposed to be set for you. In a homogenous society everyone has similar ideas of right and wrong, appropriate and inappropriate. The rules say who you can and can't touch and how, what you can and can't say and to whom.

These standards and many, many others are set by society. We learn them from our parents and peer group. We expect these standards of behavior to be followed, and we never really think about them until they are violated.

When standards are violated, we need to set boundaries. Because we expect society to set our boundaries for us, most of us have very little practice in setting our own. We hesitate to do so, and try to overexplain or de-emphasize the limits we set. We do this because of our fear that if we have to set rules, it might be because we are the ones who are different or wrong.

Setting Your Own Boundaries

There are four general situations where you will have to set your own boundaries:

Dealing with different cultures and subcultures, it is usually best to be explicit, and it is OK to explain why. When people find themselves in, or travel to, a place where the rules are different, most are excited to learn the rules. That's part of the fun. It is also critical safety information.

The stereotype of the ugly tourist is the one who wants other cultures to act and believe the way people act back home. It delights in telling natives how "wrong" they are.

Like most things, it works both ways. If you are the outsider and suspect you have crossed a line, ask. Be willing to apologize and eager to learn. You can make a lot of friends that way.

Various mental illnesses and many types of diminished capacity problems (alcohol, developmental delay) make it hard for some people to understand acceptable and unacceptable behavior. Most of us learned these rules in our families, subconsciously, through repeated exposure. Humans, generally, have an instinct for social interaction and reading emotion.

In some, that instinct is missing. I have found that many people, particularly those with autism spectrum disorders, are grateful for specific explanations they can use: "John, most people only shake hands very briefly. If you keep shaking for longer than a second, they get a creepy feeling. When you shake hands, make eye contact, think 'and one,' and then let go."

Again, in many cases it is not just acceptable but a service to explain to someone with a mental illness that you are setting a boundary and why. The general rules for setting boundaries with altered states of consciousness are to

Like boundary setting with a predator, you must be able and willing to enforce any boundary you set.

When someone is dealing with you from a different script, or a different place on the same script, you will have to set clear boundaries.

Acquaintance rape is an example of a script disparity problem. It is a variation on a standard mating dynamic: mutual attraction, talk that includes availability signals, find place and time to be alone and explore each other as a couple.

The space and time to be alone is what a predator looks for. It is also what young couples look for. Predators are good at reading this dynamic and exploiting it. However, stupidity, immaturity, and self-centeredness can bring this script to the exact same ending as willful evil intent.

If the boundaries are similar, the relationship could be strong. If the woman goes faster than the man, you often get the, "She's fun, but not the type you take home to Mom" reaction. Young men almost never set boundaries to try to get the woman to slow down.

If the man goes faster than the woman, which is common, the woman will have to set boundaries—a clear "NO!" And back it up.

In most cases, the man respects the boundaries and slows down. How he handles that will determine whether the relationship continues. Women gauge and set a value on how a man responds to requests and boundaries.

If the man does not respect the boundary, it can escalate to rape.

Boundaries must be enforced. If they are not enforced, the threat quickly sees them as not being boundaries at all. That said, enforcement does not always mean fighting . . . and fighting and struggling are very different things.

If a man escalates intimacy beyond your comfort level, the first boundary is a clear "no." If that is ignored, enforce the boundary by leaving.

A woman has every right to defend herself by physical force. That is an absolute fact. However, the first priority is to get you out intact, not to champion your rights. Leaving is the better first option.

Here's the reason: guys in a hormone cloud can be pretty damn stupid. Add alcohol to the mix and it's worse. And there are some terrible cultural norms—it was never true love until after Maureen O'Hara slapped John Wayne. If you slap him or push him or pound on his chest, even if you hit him with a closed fist in the jaw, a man who wants to badly enough can choose to misinterpret the signal. Combined with the fact that the woman is still there, he may even read the strike as an increase in physical intensity.

Leaving is harder to misinterpret. It makes it clearer that he has crossed a line. If he tries to stop you from leaving, that is the signal that this is a predatory act and must be treated as a predatory act. Use force and do it right. Muster all of your cunning, surprise, power, and tools to put him down and make yourself safe.

Understand that saying there is a difference between predatory date rape and date rape devolving from a toxic script does not imply that one is bad and the other good, or that one type of rape is wrong and the other is "just" a mistake. Both are wrong. Both are evil. It's like tigers and sharks: both can eat you, but the tactics for avoiding them are different.

Most alternate-script problems are not as high stakes as the acquaintance rape. Salesmen learn to keep you on the script that ends with you buying. They ignore your attempts to change the rules.

Dealing with a predator who intentionally abuses the social norms, the boundaries must be clear and forceful. You must be ready to back them up.

A predator wants something from you. He is not willing to do absolutely "anything it takes" to get it. He doesn't want to die and doesn't like pain. Predators make very cold-blooded risk/reward calculations on their actions. So you set the boundaries and make sure the price will be higher than the predator is willing to pay.

Do not negotiate, talk, or explain. "No" is a complete sentence. The predator wants to deal with you in your monkey brain, and he will play on your social insecurities. "Why do you have to be so mean?" "Don't be like that, honey" "Why would you even think that?"

If he can get you into a conversation, your boundaries become negotiations. They aren't boundaries at all. If he is a violent predator, he will use the conversation to get close enough to attack.

Remember not all predators are violent—users and manipulators use exactly the same tactics.

(The above excerpt is from Conflict Communication: A New Paradigm in Conscious Communication by Rory Miller.)