Psychology at Work: Developing the "Third Ear" and the Mob Boss | YMAA
Skip to main content
FREE Shipping Order Over $70. (US Only, Conditions apply)    |   Up to 20% Off. Exclusions apply.

Home >> Articles >> Psychology at Work: Developing the "Third Ear" and the Mob Boss 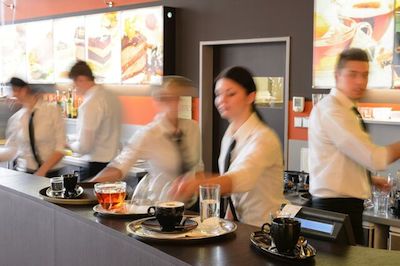 Psychology at Work: Developing the "Third Ear" and the Mob Boss

In his book Listening with the Third Ear, the psychologist Theodor Reik applies the third ear principle to the process of practicing psychotherapy. He says the proficient psychotherapist must be attuned to the instincts, the third ear, in order to truly understand clients and be sensitive to their needs. In exercising this faculty, we hear what is being said, but another "listening" is taking place as all of the information is coming in through the senses, prompting unconscious responses in the form of associations and spontaneous thoughts and feelings on the part of the therapist.

In his book Listening with the Third Ear, the psychologist Theodor Reik applies the third ear principle to the process of practicing psychotherapy. He says the proficient psychotherapist must be attuned to the instincts, the third ear, in order to truly understand clients and be sensitive to their needs. In exercising this faculty, we hear what is being said, but another "listening" is taking place as all of the information is coming in through the senses, prompting unconscious responses in the form of associations and spontaneous thoughts and feelings on the part of the therapist.

Think of listening to a song and the memories, thoughts, and feelings that spontaneously arise while hearing it. If you then start to analyze the song, you will lose these sources of information almost immediately. If you simply allow the feelings and thoughts to arise, you will be surprised what you can learn about what you are experiencing in relationship to the themes and feelings in the music.

A similar process happens as we listen to the "music" of another as that person communicates with us verbally and nonverbally. Rather than make assumptions, rather than "analyze" the individual, we open up, experience the unknown, and allow pure information to come in without controlling it. This can only be done, though, when we allow ourselves to feel the anxiety of letting go of control. If we really want to know what the person is communicating, we have no choice but to do this. It is exactly the same in situations of self-defense. If we want to be more proficient in sensing whether a person is a threat, or even to predict what action the person is going to take, we must listen with the third ear.

Instead of avoiding anxiety, then, we must embrace it. If we allow ourselves access to that information through our willingness to feel anxiety, then we have more factual data to make use of in a combative or self-defense situation. This gives us an edge and can mean the difference between life and death.

Psychology at Work: The Dumb Tourist and the Mob Boss

An experience I had while working undercover may help to clarify this process. I was working to gather information about a major organized crime element involved in the trafficking of women for prostitution. I worked the case for a couple of years. There were several times on that job where I am convinced I survived only due to relying on my instincts.

On one occasion I was on site for the third time over a two-week period. The location was a restaurant and bar frequented by some of the key personnel of the criminal element. Each time I was there, I sat at the same table outside, on a corner where I could quickly get away if necessary. I was there to collect information, analyze who was doing what, and take pictures.

The target individuals always sat at the same table—several older, more senior guys ordering food and drinks, talking. After a couple of hours, the guy I realized was the actual boss showed up with his bodyguard, checked in and exchanged key info, and then left. He never drank alcohol. His bodyguard was never more than a couple of feet away. This was because another member of this group had been shot and killed by a rival family at the same location a few months before. Later in the evening younger "soldier" types showed up and seemed to set up a casual perimeter for the other senior personnel. As the night came to a close, women working for the group gradually arrived.

On this third occasion everything was going as it always had up to the point of the boss's showing up. I went up to the restroom, and as I came out, I saw the boss had arrived with his bodyguard and with a group of about six of the younger soldiers. They were all sitting at the table directly next to mine. This table was significantly away from the senior group—where the boss normally sat—and it was a table for only four people. They were obviously there for me. Although I had blended in well, I guess I had made them curious.

I didn't react. I walked back to my seat and sat down. The boss was sitting right next to me, my right arm and his left maybe six inches apart, his bodyguard behind him, standing, the soldiers sitting, facing him on the other side of the table.

After a few moments a gypsy woman came by and left a key chain on my table, as she also did with all the other tables. She then went back around and saw who would pay a bit to keep it. I knew this. It was pretty normal in restaurants and bars there. As she left my table, I picked up the key chain and looked at it and then at her, puzzled, but not overdoing it. I nudged the boss next to me and asked in dumb tourist English, "Hey, why did she leave this here?" All I can say that I consciously did was try to speak very authentically, as if I thought he was just some guy, and I was just asking for some help understanding this practice.

All the soldiers looked at me and at him. All conversations stopped. I could feel the massive six-foot-five bodyguard behind us. The boss then responded in very good English and told me I could choose to give her some money for it, that she was poor and needed it for her family. He was actually very sympathetic to her. I responded in kind and took out my wallet, but I had only big bills and asked if any of them had change. A couple of the soldiers pulled out their wallets, showing their large bills, as if we were all saying we didn't carry anything small. The boss had some change and we exchanged money. About ten minutes later they all left.

So what accounts for my actions? Within one or two seconds my senses brought in the fact that the soldiers were there, that the boss was sitting next to my chair, that the table was too small for them all, and that a couple of them were looking at me as I came back out. All I knew was as I walked those ten seconds from the door to my chair, anxiety hit me, and I totally gave myself over to my instincts. Of course, as I was done and analyzed everything, I realized what I had seen and processed.

The key is I did not think. Had I started trying to control the situation by thinking too much, my hesitation and second-guessing would have led to sure disaster. My anxiety would have been relieved, my awareness not as sharp, and my responses based on faulty information processing. My decision to directly engage the boss was also instinctive, and as I analyzed my actions afterward, I realized it was not haphazard but based on using information I had previously processed.

Why did a guy who was the boss of a huge-money organization appear in normal clothes, check in regularly with his people, never drink on site, never raise his voice, even sometimes, as I remembered later, avoid the other group of men getting drunk? He made an impression as a disciplined, thoughtful, systematic leader. Why does a person like this even become a criminal? Probably partly due to circumstances and partly due to his choice to take a familiar path.

But because he was a person who wore American clothes and who came from a poor country, my hunch was that he would react more positively to an American tourist who also was direct enough to speak to him personally. If I were someone investigating him, if I even knew who he was, I would not nudge him with his bodyguard there and speak directly to him, exposing myself as a foreigner and also breaking the taboo of actually touching him, especially in so casual a manner.

All of this and more played a role in my "deciding" to act as I did, which I am convinced saved my investigation, and possibly my life. In some way my actions with him were so bold it almost seemed impossible that I could be anything other than an American sitting there, not knowing what was going on or who they were.

This last point is another key part of the process of using psychology in threatening situations. We not only use anxiety and instincts as they relate to bringing in information from reality, but also to affect the reality of the other person. What is it we can present to this person at this moment to override his good decision-making ability? How do we mess up, so to speak, his ability to accurately process the information coming in? We take away his anxiety. The enemy who feels safe is a vulnerable enemy.

Imagine you are standing across from an enemy who has a pistol in his belt but who has not yet drawn it. He sees you going for your pistol. He will go for his. What if your pistol were invisible and already in your hand? You can shoot him and he will never know what happened or offer any defense.

This can be done in any number of ways, and what we decide to do goes back to those aforementioned sources of anxiety, those we share commonly or very personal ones. If we can identify what the source of anxiety is for an individual and relieve it, we can take away his ability to accurately read his world and prepare for our attack. The key is that we have to use our anxiety to discern what we need to relieve his anxiety. We bring in all the rich information from our senses and use our instincts to target his weaknesses in a very specific way.

The above excerpt is from First Defense: Anxiety and Instinct for Self Protection by David Hopkins, Ph.D.