Power Issues Relating to Women | YMAA
Skip to main content
FREE Shipping Order Over $70. (US Only, Conditions apply)    |   Up to 20% Off. Exclusions apply. 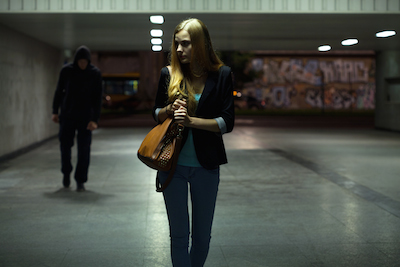 According to the World Health Organization, one in three women worldwide will be the victim of violence, including sexual violence. Over twenty-two million women in the United States have been sexually assaulted. The FBI estimates only 46 percent of these assaults are reported. These statistics tell us it is vital for every woman and girl to take courses in combatives, both armed and unarmed. This may seem drastic, but facts are facts, and the danger is real.

According to the World Health Organization, one in three women worldwide will be the victim of violence, including sexual violence. Over twenty-two million women in the United States have been sexually assaulted. The FBI estimates only 46 percent of these assaults are reported. These statistics tell us it is vital for every woman and girl to take courses in combatives, both armed and unarmed. This may seem drastic, but facts are facts, and the danger is real.

It is also important to use the data to gain insight into the potential enemy. While not all violent crimes committed against women fit easily into categories, we can say with confidence that the vast majority have to do with power issues relating to violent men and their female victims.

The first step is to challenge the cultural programming of women, who often accept a subordinate position toward men or even believe at some level that they exist only for a man's entertainment. And yet, precisely for that reason, this may yield a certain advantage for women—that is, the anxiety level of the man is already down due to his sense of power, and we already know the advantages given when the enemy's anxiety level is down. He is less likely to be aware of what we might do to evade or attack.

I want to be clear that I am not saying we should consider women warriors on a sliding scale simply because they are women. This makes no more sense than saying that men are all the same or that there exist basic principles about men that make them better or worse warriors, depending on personal traits or fighting styles. Rather, I am saying we need to consider the possible belief systems a woman may have internalized regarding her relationship to men in society, particularly regarding power relationships, abuse, and violence. Further, in thinking about strategy and tactics we need to consider the enemy, and here we are especially concerned with psychological issues relating to male attackers and women as potential victims.

While it is acknowledging a stereotype to say women are more passive than men, I will say it is absolutely the case that women are, and have been for a long time, bombarded with the messages in many societies that their position is secondary to men's, that they are to follow rather than lead and listen rather than be heard. If a woman is a victim of a sexual assault, moreover, there remains the primitive attitude that perhaps she was inviting the behavior through flirting and the way she dressed. As a psychologist and martial arts instructor, I have been witness to and myself have worked with different types of "assertiveness" training, both for relationships and life in general. I also, of course, have much experience in training for the more aggressive type of assertiveness needed for physically defending oneself. Often, such programs are targeted especially at women.

I believe this is a mistake. The supposition is often that women are passive and therefore need training to be assertive. Starting from that assumption as a trainer indicates a prejudice and perhaps even a type of sexism from the outset. I am not saying there is a conscious disregard for the inherent strength in women, but often that is the attitude.

Rather than training women in assertiveness, I concentrate on helping them rediscover their natural assertiveness. Obviously, we all have different temperaments, men and women alike, and even as children we show differences in shyness and other traits that may have to do with assertiveness, but to say that girls are more passive than boys at birth is based on absolutely no hard scientific evidence. Rather, depending on the particular environment a female grows up in and the experiences she may have had, her capacity for asserting herself might be stifled. This can also have a detrimental effect on her ability to defend herself in a threatening situation.

Before we talk about how this may be corrected, it is important to clarify what assertiveness is. Let's return to the model of the dialectic (thesis, antithesis, synthesis). In this case we will consider the mind-set of a woman who has internalized a subordinate position and who struggles to assert herself.

When we compare these two opposing sides, we see the core issue that remains the same is the reality that thoughts, feelings, and behavior are all related to men. In other words, a woman operating from either of these extremes is basing her entire psychology and being on her belief about the orientation of men toward women.

Of course, it would be impossible for men to have no impact on women's psychology. Men are inextricably part of a woman's reality. But a woman can change her psychological orientation toward men. She can recognize that men exist, but not base her orientation to men on her belief about the orientation of men toward women. She is free to choose what her orientation is. Otherwise, these opposites—passivity versus aggression—could not exist.

Again, returning to the general process of the dialectic, we take the next step toward the truth by keeping what remains the same in the two opposing sides, which is once again the individual's power to choose.

A Woman's Existence Is Based on Men

Now we turn this into a thesis and work it against its antithesis. Without listing the obvious thoughts, feelings, and behaviors that are different in each, we can see clearly what is the same in both:

So what is the same in both belief systems is that a woman is choosing to avoid anxiety by holding to an extreme belief that helps her avoid the complexity of having to consider men as individuals rather than prejudging them as all the same. Further, when a woman holds either of these extreme beliefs, she is not considering her identity for its own sake but is instead basing it on relationships with men. This again helps her to avoid anxiety.

Whether a woman chooses to avoid anxiety or chooses to embrace anxiety to an extreme—leading to excessive suffering—what remains the same is that she is choosing. In other words, she is defining her reality, and in fact, she is being assertive in doing so. Specifically, she is asserting her will to take the position she wants regardless of what reality actually is, and the reality is that some men are bad and some men are good, which makes assessing an individual man more anxiety provoking.

As I said above, then, women do not need to be trained to be assertive. They already are. Some may simply be assertive in the wrong direction—that is, in avoiding the complexity of ambiguity relating to men and the threats they may pose. So the synthesis that can lead to healthy relationships and to accurately picking up on and defending against threats from men is that of being assertive based on reality and not assertive based on the desire to avoid anxiety.

The truth is that, for men and women alike, being passive or aggressive does not lead to positive results in human interactions, including those involving threats. When I am passive, I become a victim of aggression, and when I am aggressive, I make someone else a victim of that aggression. When I am assertive, I act with resolution and determination to defend myself and those under my charge, with aggression of action if necessary, but without aggression of spirit. I may even wish to kill my enemy, not because I would enjoy it, but because it is necessary for protecting those who might become victims.

That which makes passiveness and aggressiveness essentially the same is the avoidance of anxiety. When I become passive in a conflict, I am in some way freezing or avoiding the confrontation so as not to have to carry through with the battle and ride the anxiety as it relates to the reality at hand. Acting with blind aggression is the same. Rather than experiencing the anxiety of the conflict as we deal with the threat in a measurable and appropriate way, we can simply give over to pure hate and rage, both of which drown out the more constructive emotion of anxiety.

Taking either of these paths is akin to taking a drug: passiveness and withdrawing can function like an opiate or depressant; acting with blind aggression can function like a stimulant. In both cases, the body responds with chemicals that give a subjective experience similar to the psychoactive functions of these drugs.

Assertiveness, however, requires that we face reality by engaging the anxiety, binding it without denying it or pushing it away, and using it with resolution to face the issue at hand, including a threat. There is no relief for this suffering, only the honest experiencing of it and doing what needs to be done, no matter how we feel.

If society or my immediate environment has sent me the message that my role is to be passive, I can end up in a kind of self-fulfilling prophecy. That is, I feel anxiety as I face a threat, I sense the need to assert myself, but then I berate myself with thoughts like, "This is my fault." "How did I get into this?" "If I would have only . . ." "Why did I provoke him?" These messages serve to appease my anxiety, although that may at first be difficult to see. Specifically, by taking the blame for a situation that is actually out of my control, I give myself a false sense of control. This relieves the anxiety of being in a situation where I am simply a victim and have no power over the behavior of the other. 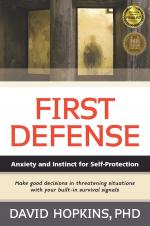