The Practical Problem of Teaching Self-Defense | YMAA
Skip to main content
FREE Shipping Order Over $70. (US Only, Conditions apply)    |   Up to 20% Off. Exclusions apply. 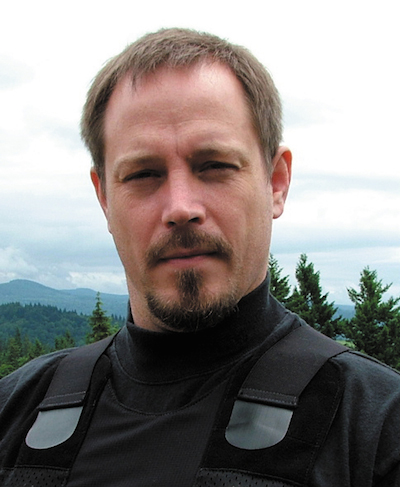 The Practical Problem of Teaching Self-Defense

Self-defense is unlike anything else humans train for. Unlike engineering or architecture, you can't have any idea of the problem you need to solve. An engineer knows if he will be building a bridge or a tunnel. A self-defense student will never know if they might someday face a rape attempt, a kidnapping, a drive-by shooting, or a simple assault.

Self-defense is unlike anything else humans train for.

Unlike engineering or architecture, you can't have any idea of the problem you need to solve. An engineer knows if he will be building a bridge or a tunnel. A self-defense student will never know if they might someday face a rape attempt, a kidnapping, a drive-by shooting, or a simple assault.

Unlike medicine or law, when you are presented with the problem, you won't have time to get information, consult with colleagues, or read up on the possible solutions. In self-defense the threat is immediate, and you will face it only with the resources and the knowledge you have in that moment.

Unlike schoolwork or cooking, self-defense decisions are made under the influence of shock, surprise, fear and pain.

Unlike any other athletic event, self-defense works from sub-optimal environmental and physical conditions. The bad guy will pick you when you are injured, tired or distracted. You can't count on good lighting, footing or unimpeded movement. If the predator gets the first move, and that's a good bet, you will have to start with compromised structure and possibly injury.

Unlike any combat sport, self-defense works with uncertainty. You don't know how big the threat will be, or when or where the situation will happen, whether weapons (and what kinds) will be involved, or even whether the threat will be in front of you or not.

Unlike police or military force training, you will use your skills alone the first time. Police and military do everything in their power to make sure that rookies don't go into their first bad situation alone. The new officer is paired with a FTO (Field Training Officer). The infantry private is assigned to a squad with, ideally, an experienced corporal or sergeant as fire team or squad leader. A civilian will not get into his/her first violent assault with a partner who is a veteran of multiple self-defense situations. You'll be alone.

And unlike anything else, in this unexpected problem experienced under pain, surprise and adrenaline, you will be held to a legal standard. Your decisions will be scrutinized by people who were not there, who did not feel the adrenaline or the pain. And they will question whether you needed to use force and if so whether you used too much.

These are the things that make teaching real self-defense such an incredible challenge.

I could probably write a book about these challenges and possible solutions. (Hmmmmm…) Truth is, I don't have answers. But I have some ideas. Here are a few.

1) Teach the way humans naturally learn. There's been a lot of traction in Reality Based Self Defense (RBSD) with harnessing the flinch response. If people are going to move a certain way, learn to incorporate the natural movement. It makes sense. And you know what? People have a natural way to learn as well, and it is the way all mammals learn: Through play.

Cats don't learn to hunt mice by sitting in classrooms or doing stalking forms. They stalk and pounce each other as kittens. The reason that judo eclipsed traditional jujutsu wasn't just that they practiced against resistance. It was also that randori was a game that was fun to play, and that's how humans learn. You must incorporate some form of live, unscripted, fun, competitive drills into your training. It's not only the natural way to learn, it also may be the only way to learn to adapt under pressure.

2) Understand and incorporate operant conditioning. Operant conditioning is using a stimulus-response-reward/punish pattern to bypass cognitive processing. In other words, if you want someone to do something fast, you have to condition it, not train it. It bypasses the cognitive processing and gets responses very close to reflex speed. It is also faster than training. It may have taken you a thousand reps before you can block a punch at speed, but it only took one rep to learn not to touch a hot stove.

It is easy to mess up operant conditioning. Correcting the student, micromanaging, can turn conditioning into training. And training, despite what you may have been told, rarely comes out under stress. Conditioning does.

3) Don't ignore anything the student needs. In Facing Violence—Preparing for the Unexpected, I listed seven things you must cover in a self-defense class:

All seven of those things must be incorporated. If you leave anything out, your students will be vulnerable. If you aren't knowledgeable about one or more of these areas, the information is out there.

When you are teaching self-defense, every student is different and they all need something different.  The big 22-year-old guy who just got his first job as a bouncer will need entirely different skills than the 22-year-old woman who is going to live with a family in Columbia for a Spanish language immersion course. Each of your students has different mental, physical and emotional resources. Each of your students will face different types of problems. You MUST teach what that student needs to learn, not what you happen to be good at teaching.

5) You have to practice and reward non-physical solutions and skills. Everyone knows the best fight is the one you avoid, right? So practice avoiding. Actively practice optimal solutions. If you only pay lip service to avoidance in class, your students may get in unnecessary fights. More likely, your students will still avoid situations, but will feel that they did something wrong, will feel they should have fought.

Telling them that avoiding violence is worthless. They must practice it and they must be rewarded for it. That's part of operant conditioning, too.

And there are other non-physical skills. I teach self-defense law as an articulation skill, not a decision-making skill. When things go bad, it will be far too fast to go through some mental checklist. But most people have good instincts and make the right decision. They just need practice explaining the right decision.

Our game for this is "articulation wars." Whether watching videos of real encounters or after a scenario, each side gets a chance to tell the story and try to convince the other students that their side was the innocent party.

6) Empowerment. I hate most of the buzzwords that came out of the self-improvement movement, but here goes.

Self-defense, and violence in general, is about power. The strong prey on the weak, the cunning prey on the stupid, the fast prey on the slow. Intelligence, will, strength, adaptability, speed, ferocity… there are almost infinite types of power. Your job as a self-defense instructor is to take each and every student and make them more powerful. More ready to deal with the world and more capable of making a stand or of walking away. Only the powerful have choices in the world.

This may be the hardest wall for the instructor who teaches out of ego, because your job is to make your students better than you. And if you have your ego vested in being "the best" you will never be able to do what an instructor should.

It also puts a burden on the students, because power is something that must be taken. It can't be a gift. No one can give you strength or skill or knowledge. You have to do the work. And creativity and adaptability are the highest forms of power in dealing with chaos. The student must understand that no one can teach creativity. And the instructor must understand and embrace the fact that if he allows creativity, the student will surpass the master. And that's the way it should be.