Nonphysical Reaction to Information | YMAA
Skip to main content
FREE Shipping Order Over $70. (US Only, Conditions apply)    |   Up to 20% Off. Exclusions apply. 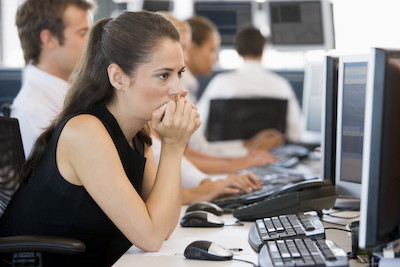 We all have the ability to use our instincts. The problem is that we often bury that inherent skill under a lot of what we need to learn to get along in contemporary society. So sometimes we may get a warning message about a potential threat, but then we choose to ignore it, perhaps out of doubt in ourselves, and our feelings, or perhaps because we just don't want to believe we may be in danger. The first task, then, is to hone our instincts through improving our ability to experience anxiety and to proficiently process the information coming in from our environment.

We all have the ability to use our instincts. The problem is that we often bury that inherent skill under a lot of what we need to learn to get along in contemporary society. So sometimes we may get a warning message about a potential threat, but then we choose to ignore it, perhaps out of doubt in ourselves, and our feelings, or perhaps because we just don't want to believe we may be in danger. The first task, then, is to hone our instincts through improving our ability to experience anxiety and to proficiently process the information coming in from our environment.

Knowing what is happening, though, is not enough. We must also be trained in how to react even when not reacting physically. We can do this in two possible situations: before the direct action of the threat takes place or after the direct action has begun.

Sometimes we are faced with threats before they become active—that is, before the action is actually taken that can do us harm. If we are able to pick up on a potential threat before it happens, then we are obviously at an advantage. Most of us have experienced this. We sense someone in our immediate vicinity is dangerous, we have a gut feeling someone is untrustworthy or potentially intending harm, or we just get the uneasy feeling something is wrong.

I have an associate who is particularly gifted at reading people and using her instincts to help make decisions about them. Her story is an excellent example of how we can use anxiety and instincts to avoid a potentially dangerous situation. On one occasion she came to me to talk about a man she had been seeing. He was nice, successful, the perfect catch. She enjoyed how he treated her, and they were coming to the point of whether their relationship would move to the next level.

The problem was, despite all the aforementioned positive qualities, she often got sick to her stomach when they were going to meet, especially if they were alone. She first assigned this to other physical problems or to nervousness relating to other issues in her life. Eventually, though, because the problem repeated itself, she began to pay attention to the process. She considered the how instead of the what.

She realized she always got sick to her stomach directly relating to his presence, feeling anxiety so strong it gave her pain and made her nauseated. She made a genius decision based on this message her instincts were sending her. She decided to tell the guy she was not ready to move into the next step to see his reaction.

His other face then began to surface. He became more aggressive, trying to coerce her into what he wanted. The nice guy was gone. She also started paying attention to how he treated other people. When he dealt with people in public, she realized he actually treated them insensitively and sometimes with anger if he didn't get what he wanted. He was Don Juan with her and Darth Vader with others. The message of the process was clear: he was only being nice to her to get what he wanted.

She stopped seeing him, avoided ever being in a potentially threatening situation with him, and later found out he was habitually using women for sex. He sometimes even became violent verbally and over the internet when he did not continue getting what he wanted from women after he had conquered them. Simply put, by allowing herself to experience anxiety and even the physical consequences of it, she also had access to all the information coming in from her senses, and then by paying attention to the process—the how of what was going on—she avoided a dangerous man who would have become a stalker to her as he did to other women.

She had her intelligence satellite, so to speak, helping her gather information on the guy so she could make a better decision. If she had opted to say to herself, "Oh, just enjoy it and trust and stop worrying so much," this would have been like shutting the satellite down.

The price she had to pay, though, is clear. She had to be willing to suffer. When we experience anxiety, it often feels as if some impending doom is threatening us. In the case of my colleague, she actually became physically sick. This is the first step in avoiding a potential threat—being willing to endure the discomfort, allowing anxiety to work on you through its truth.

What she did next is also of paramount importance. She decided to react to the messages and not just recoil. She had a suspicion about this particular person and tested it. When her instincts were confirmed, she walked away. This also required feeling anxiety. She had to experience the aggression he started to show. Sometimes people will remain in threatening situations, not wanting to believe what is happening or afraid it will get worse if they do anything.

There are also many examples in history where groups of people, even nations, have done this, leading to catastrophe. The horrors of Nazi Germany, the growth of the worldwide terrorist threat, and the atrocities of Bosnia and Rwanda are a few instances of this curious phenomenon in human beings. Sometimes we choose to live in denial—to believe the growing problem or potential threat is not as bad as we think it is, rather than face the anxiety and work with it to defeat a threat or prevent one from developing in the first place. The existential philosopher Søren Kierkegaard said anxiety is the road to the truth. We can easily imagine how world events may have been different if groups and world leaders in these examples would have listened to and acted on their anxiety rather than remain comfortable and believe things were not as bad as they seemed.

When our anxiety tells us through our instincts that we are facing a potential threat, we must listen. We must take action to avoid ever being victims of the threat. We ride the anxiety, allowing it to drive us in our resolve. We read our experience through our senses and take action.

The above excerpt is from First Defense: Anxiety and Instinct for Self-Protection by David Hopkins, PhD. 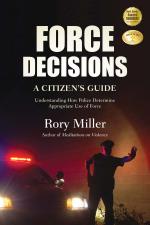