Physical Reaction to Information | YMAA
Skip to main content
FREE Shipping Order Over $70. (US Only, Conditions apply)    |   Up to 40% Off. Exclusions apply. 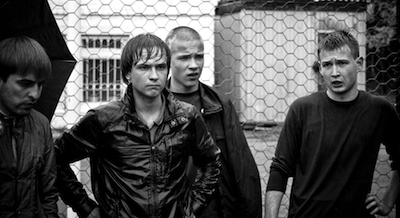 Our right to physically defend ourselves is widely accepted in the contemporary world. Most countries have laws protecting the individual from prosecution when he or she is under direct threat and must defend against bodily harm or even death. What is less clear, though, is the degree to which we are allowed to protect ourselves in that narrow window when an aggressor has decided to attack but has not yet attacked.

Our right to physically defend ourselves is widely accepted in the contemporary world. Most countries have laws protecting the individual from prosecution when he or she is under direct threat and must defend against bodily harm or even death. What is less clear, though, is the degree to which we are allowed to protect ourselves in that narrow window when an aggressor has decided to attack but has not yet attacked.

The best tool we could have at our disposal at this point would be the ability to read his mind. If we knew 100 percent that he was going to attack, we would, of course, do something to defend ourselves. What we are submitting here, as an established fact in psychology is that we have something approaching that ability as a potential weapon. If we are completely present, and we pay attention to our instincts, we can pick up on the enemy's intent to attack before he does so.

Before any part of the enemy's body moves, thereby enabling him to take threatening action toward us, a miniscule amount of movement will take place. This may be in the shoulders, hips, neck, and eyes. But something will send a signal. Once we have received the signal, we take disarming actions. We can do this verbally or physically.

Here we perceive the enemy's intent to attack before he does so, and we attempt to take away his edge by relieving his anxiety. We can talk to him, making him feel like we have no intention to attack. We can say things like, "I'm really sorry, man. I don't know what I did, but I don't want any trouble." Or, "Please don't hurt me. I can give you whatever you want." What I actually say is a matter of instinct and it depends on the situation.

This is not, however, a tactic to avoid physical confrontation. At this point I am convinced he will attack and I will have to defend myself. What I am essentially doing is creating a psychological distraction; tricking him into thinking I do not want to fight. In my mind, however, I have every intention of fighting because I realize we have crossed that line. He has decided to hurt me.

Once again the key is being trained in using my senses to accurately perceive what he is doing and intending to do, second to second. As I speak I am continually reading him. The moment I see an opening, I attack, and attack fiercely. For instance, as I speak, he will listen, whether he wants to or not. As the sound waves enter his ear, his brain will begin processing the information. This is a small diversion, but perhaps enough to give me an edge. Even if I am in midsentence, I will attack, if I do indeed see that he is preoccupied with what I am saying.

This tactic is not new. It has been taught in self-defense for a long time. However, what is not often taught is to be precise, when possible, in what we say. If I simply blabber some words, I will not have the same deterring effect on the enemy as when I say something more meaningful to him. What will relieve his anxiety and disarm him, even for a split second? The right words are like a drug that will relax him, dull his senses, and send the message, "Man, you have nothing to fear from me. In fact, you are going to get whatever you want." And at the moment the drug takes effect, I attack like a lion.

Of course, it can be very difficult to know exactly what will relieve his anxiety in order to give me the edge, especially in an encounter with a stranger. If I know his culture or background, I can use that. But if something more powerful than culture or background is driving him, this won't work. I do not want to give specific formulas for what to use because I believe that would be a setup for failure. Each situation is different because each involves different individuals, and people are simply too complex. This is why I must rely on my instincts in the here and now.

We can also use physical action to give us an advantage before an attack. The wrong movement may actually prompt an attack or give warning of my intentions. An effective disarming action relieves anxiety. An ineffective one raises it. I want the attacker to feel he has nothing to fear from me. I want his sensory experience to be faulty in terms of picking up on my intentions, and I do this by disabling his inner alarm, so to speak, so he is taken by surprise as I attack.

For example, I can feign injury or sickness. I can even start to cry if I can manage it in a natural and realistic manner. It may sound extreme, but I can start to vomit or urinate, both of which are consistent with a fear response. Given the situation, I might even have any of these reactions involuntarily, and so—although my intent is to attack—I can work with these responses to create a diversion to give me the upper hand as the enemy is distracted.

The essential feature of this strategy, no matter what behavior I use, is that I reduce his alarm response and anxiety. For example, we may spit in the attacker's face, look past him to make him think someone is approaching, or use any other technique that diverts his attention and gives us a split-second advantage. Of course, these methods may work. If the attacker becomes distracted and I am able to neutralize him, I am out of danger. But what I am relying on with these methods is very tenuous. What creates a distraction might actually raise an attacker's alarm level. He will certainly be alarmed by something coming at his face, or if he thinks someone is approaching from behind. The distraction will happen, period. But, because I am raising his alarm level, I may prompt an instinctive attack reaction. If the attacker is armed with a gun or a knife, this is particularly dangerous. He may decide to shoot or stab me before dealing with the individual approaching from behind, for example.
I am suggesting it is more effective to reduce the alarm response by lowering the enemy's anxiety level. I can create just as useful a sensory distraction through my movements and at the same time affect his biology by reducing the desire to attack that arises naturally in response to feeling alarmed. In other words, if the enemy feels no alarm and is distracted at the same time, I have a maximum advantage when I initiate my attack. If I sell that I am completely nonthreatening through crying and perhaps wetting myself, and at the right moment attack like a lion, I will have a better chance of prevailing.

Some attacks I can see coming, and then I can use the disarming methods I have described. In other situations I have already been attacked, so I must respond. In still other instances I am confronted with something falling between these two possibilities. I sense the enemy's intention to attack, but only as it actually begins, so I do not have time to do any disarming to relieve his anxiety. Emotionally speaking, his initial assault is completely free of any interference on my part.

My reaction at the moment of attack is likely to be more successful if I have intensively developed my ability to be completely present and trust my instincts without panicking. I have a better chance of surviving and prevailing if I remain in a kind of calm fierceness. My mind must be calm, open to messages coming from my senses as I allow myself to experience anxiety, and my actions must be fierce because I have no idea what is coming.

Maybe the attack starts with a punch but will follow with a knife or gun, or more than one attacker. If I have no chance to assess the circumstances, anything could happen. I must react instantaneously, reading the situation from second to second and reacting appropriately, and I must do so without thinking. This requires acting from instinct.

This is a major flaw in a self-defense training regime. In fact, most attacks on civilians take place under "surprise" conditions. So it makes no sense to conduct planned training only. All military units, whether conventional or elite, undergo surprise-attack training scenarios. The police, the fire department, emergency medical crews—all of these professionals also incorporate surprise scenarios into their training programs. Even kids in schools undergo fire drills and natural disaster training. So why would self-defense training not include the same?

The point I want to make here is there is a very thin line between psychology and biology. The two work together. I can be a top professional fighter and fall to pieces under the pressure of a surprise attack. My psychology does not match my biology. My brain is programmed to fight, but only under certain psychological conditions. Think of driving a car and all of the body mechanics that go with it. Now think of driving on a narrow road in the mountains of India or Peru. The skills required to drive are the same. The biology is the same. The psychological situation, however, is very different, and this sends the biological programming into chaos.

The key in good training for surprise situations is similar to content and process. Content are what people say; process is how they say it, or their behavior. The same is true with knowledge acquisition. In therapy we talk about intellectual insight versus emotional insight. Clients may gain intellectual insight into their problems—for example, understand the "why" of their criminal behavior, drug or alcohol use, and dysfunctional relationships—but nevertheless fail to get better.

The "why" alone does not help. They need to feel and gain emotional insight. If I feel the suffering of a dysfunctional series of relationships or of other mistakes I have made, then I am more likely to be motivated to change. This brings us back to our old friend—anxiety. If people do not feel anxiety, they will not change, no matter how much intellectual insight they gain.

The above is an excerpt from First Defense: Anxiety and Instinct for Self-Protection by David Hopkins, PhD.