Basic Taiji Theory | YMAA
Skip to main content
FREE Shipping Order Over $70. (US Only, Conditions apply)    |   Up to 20% Off. Exclusions apply. 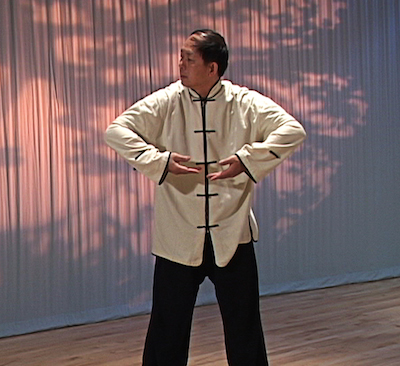 If we desire to understand taiji theory, then we must first trace back to its origins and roots. Only then will we know how and where it came from. Although a great proportion of Chinese martial arts history is vague, we can still trace it with some accuracy and in some detail.

If we desire to understand tàijí theory, then we must first trace back to its origins and roots. Only then will we know how and where it came from. Although a great proportion of Chinese martial arts history is vague, we can still trace it with some accuracy and in some detail.

If we trace Chinese martial arts history back, we can see a clear lineage beginning during the Liáng dynasty (Liáng Cháo, 梁朝) (AD 502–557). There are no surviving martial documents from before this time that record or discuss qì and how to correlate it with martial arts, even though at that time, Chinese qigong practice had existed for more than two thousand years.

It is understood that before the Chinese Hàn dynasty (Hàn Cháo, 漢朝) (206 BC–AD 221), there were only two schools of qigong practice: the medical group and the scholarly group. It was not until the Eastern Hàn dynasty (Dōng Hàn Cháo, 東漢朝) (circa AD 58) that Buddhist qìgōng was imported to China from India. Still, even then very little training theory and methods were passed down. The many Buddhist holy writings or Chinese classics a student could obtain were purely the doctrines of Buddhism and talked very little about how to cultivate qì internally.

This situation lasted until the Chinese Liáng dynasty, when Bodhidharma (Dá Mó, 達摩) was invited to China to preach in front of the emperor. However, because Emperor Liáng Wǔ (Liáng Wǔ Dì , 梁武帝) did not favor Bodhidharma's Buddhist theories and means of cultivation, Bodhidharma was forced to retire to the Shàolín Temple. Before Bodhidharma died in the temple, he passed down two classics on the cultivation of qì, the Yì Jīn Jīng and the Xǐ Suǐ Jīng (易筋經，洗髓經), which can help a practitioner to enter a state of enlightenment or Buddhahood.

From Bodhidharma's classics, the Shàolín monks trained the cultivation of qì and realized that from this cultivation, muscular power could be enhanced to a tremendous level, which could make martial techniques more powerful and effective. This was the beginning of internal cultivation in the martial arts. According to ancient records, it was only about fifty years later that internal styles based on Bodhidharma's internal qì cultivation were created. Two of the best known of these styles are Small Nine Heaven (Xiǎo Jiǔ Tiān, 小九天) and post-heaven techniques (Hòu Tiān Fǎ, 後天法). All of these styles were created based on the same tàijí theories and principles known today. These theories and principles are as follows:

The implication of this is that these two styles were probably the progenitors of tàijíquán. It is believed that tàijíquán was not actually named "tàijíquán" until the Chinese Sòng dynasty (Sòng Cháo, 宋朝) (circa AD 1101). Zhāng, Sān-Fēng (張三豐) is widely credited as the creator of tàijíquán.

From surviving fragments of documents from this time, it can be surmised that the Shàolín Temple was the major influence on the development of qì cultivation in martial arts society. It is therefore valid to imply that substantial tàijíquán theory originated at the temple. In fact, if we look to contemporary Chén Style Tàijíquán, similarities emerge between it and certain external Shàolín styles. For example, both the first and second routines—chángquán (長拳) and cannon fist (pào chuí, 炮捶)—originated at the Shàolín Temple, yet they also exist in Chén Style (even the names were kept the same as those in the temple). Although the Shàolín chángquán and pào chuí have been modified and revised in Chén Style Tàijíquán, we can still trace back the root and origin of every movement clearly in today's Chén Style Tàijíquán. This holds true for many of the tàijíquán weapons routines.

It is well known that Yáng Style originated from Chén Style and that they still share the same tàijí root and essence. Wú and Sūn Styles originated from Yáng Style. From this we can see that tàijíquán and Shàolín martial arts in fact share the same root. It is no wonder that many tàijíquán masters who have also learned Shàolín martial arts are more expert and proficient in the martial roots and applications of tàijíquán. The reason for this is simply because the "Dào" of Chinese martial arts remains the same in all Chinese styles. Different styles are only different variations and derivations (branches and flowers) from the same root. When you learn different styles, you will have different angles from which to view the same "Dào" (Dào, 道). Naturally, your mind can be clearer, and your understanding can be more profound.

Now, let us see what "tàijíquán" is, as written down in the past. First, we must define what we mean by "tàijí." It is said,

What is tàijí? It is generated from wújí. It is the mother of yīn and yáng. When it moves, it divides. At rest it reunites.

Tàijí can be translated as "grand ultimate" or "grand extremity." That refers to the most essential movements, or the very origin of motivation or force. Wújí (無極) means "no extremity," and means "no dividing" or "no discrimination." Wújí is a state of formlessness, of staying in the center: calm, quiet, and peaceful. When you are in the wújí state, there is no form or shape. Once you have generated a mind or have formed the mental shape with which you will influence physical reality, the motivation of dividing or discriminating starts. When this dividing is happening, wújí will become yīn and yáng. From this you can see what tàijí is: it is the motivation of distinguishment. When you have this motivation, the qì will then be led, and yīn and yáng can be distinguished.

Once this motivation (tàijí) stops, the motivator of division stops, and the yīn and yáng will once again reunite and return to wújí. From this you can see that tàijí is actually the motive force generated from the mind (yì, 意). From this force, the qì is led and circulates throughout the body. We can therefore conclude that tàijíquán is the martial style that trains the practitioner to use the mind to lead the qì, circulating it in the body and consequently generating the yīn and yáng states for health, fighting, or improving longevity.

What is long fist? [It is] like a long river and a large ocean, rolling ceaselessly.

Originally, the name "chángquán" came from the Shàolín Temple. "Chángquán" means, "long fist." It can also be translated as "long range" or "long sequence." Ancient documents suggest that the meaning of "chángquán" in tàijíquán means the "long sequence," like a long river that acts as a conduit to the open ocean. The qì circulating in the body is rolling continuously, flowing and ebbing in natural cycles.

Tàijíquán has also been called sān shí qī shì (三十七勢), which means "thirty-seven postures." The reason for this is that if you count the technique movements or postures of Yáng Style Tàijíquán, you will find that they number only thirty-seven. However, it is from these thirty-seven postures that more than 250 martial applications are derived.

The above excerpt is from Tai Chi Chin Na—The Seizing Art of Tai Chi Chuan by Dr. Yang, Jwing-Ming.