Hooks in Violent and Non Violent Encounters | YMAA
Skip to main content
FREE Shipping Order Over $70. (US Only, Conditions apply)    |   Up to 20% Off. Exclusions apply. 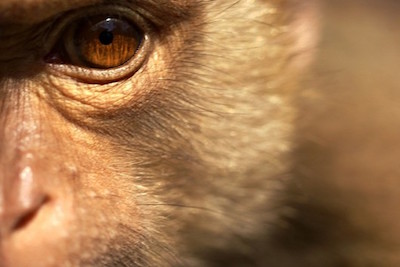 Dealing with people who routinely used violence to get what they want, they often sought a "hook." A hook is an excuse to act out or a rationalization that will allow them to excuse their actions later.

Dealing with people who routinely used violence to get what they want, they often sought a "hook." A hook is an excuse to act out or a rationalization that will allow them to excuse their actions later.

In the extreme, a career criminal who violently beat a teenage girl doesn't get a lot of social status with his peer group for a random beating. "The bitch told me to f*** off so I had to teach her a lesson," plays much better with his buddies.

Hooks are not the reasons for acting out. They are excuses. Nor are they limited to escalating situations to violence. Administrators who feel a need to chew out someone will actively seek excuses, poring through reports for minor errors so they have an ostensible reason for doing what they were going to do anyway.

Understand that dynamic. The motivation to act out comes first. Then the hook is sought. Then the bad behavior happens.

The motivation can come from a number of sources. With criminals, the most common motivation for robbery is to get money for drugs. But it satisfies the monkey mind if there is a better excuse, something that comes from somewhere higher on Maslow's hierarchy than fear of withdrawals. The most egregious (and funniest, to my mind) was a famous prisoner who described his early armed robberies as his Maoist prerevolutionary phase.

Hooks also help to other the victim, which frees the criminal to use more force. In less extreme examples, a person who is suddenly feeling insecure about his or her dominance or place in the hierarchy may feel a need to act out and dominate subordinates. This is pure monkey stuff, and in the criminal subculture the dynamic is the same. A tough guy who feels he has been humiliated is likely to beat someone else to "get his manhood back." The person he beats may have nothing to do with the humiliation and will almost certainly be someone he can easily and safely dominate, perhaps his child or significant other. He will, however, seek a hook to justify it, exactly the same as a boss will.

The hook (in a criminal scenario) hinges on getting you to say or do something that can be considered an insult. The mental gymnastics involved in this can be pretty extreme. The person who starts off the conversation with, "What you lookin' at cock******?" will find nothing wrong with his own words but will take, "Screw you. Leave me alone" as a deadly insult.

The key to not giving away hooks begins with an ability to show elaborately relaxed body language. That can be very hard. The monkey does not distinguish between humiliation and death, or between a verbal social challenge and a hungry tiger. Your adrenaline, unless you have a lot of experience with this, will likely shoot through the roof. It will be hard to keep your voice steady, not shake visibly, and keep a steady gaze.

If you can, you treat the challenges as thoughtful questions, acting like you didn't hear the personal insults:

It's hard not to get insulting or sarcastic here. That's the monkey trap. He couldn't understand a simple question, so he must be the stupid monkey—you're much smarter—but he wants you to act superior as an excuse to hurt you.

"I meant I was tired. Asked how things were going with you. Yeah."

Handled at the right level it is hard for someone searching for hooks to keep up steam. He pushes too far and it backfires—witnesses know he was being the asshole. He will likely walk away muttering an insult. You pretend not to notice. Nor do you smile or look smug. The essence of the big-dog tactic is to show that this whole incident was beneath your notice. If you respond to the muttered insult, or look around with a grin to see who admired your deft handling, or just look smug, the aggressor knows he has been played and you have just handed him a hook.

In a potentially violent situation after you win, keep your mouth shut. Your monkey wants to brag. Assume the situation is not over.  If the threat doesn't leave and pushes ("You trying to be funny?"), there are two options for de-escalating without resorting to force.

The first option is to leave. "I have an appointment. I'm leaving." Or, occasionally, "I don't like where this is going. I'll just leave." In neither of these, especially the latter, should there be any emotion in your voice. At this point, you leave. Ideally, you will turn your back on the threat while keeping him in your view.  The threat may still insult or challenge. Ignore it. Especially fight the urge to get in the last word as you cross the threshold. The monkey really wants to get that last word in.

The second option is to raise the stakes. I don't recommend this unless you really know how to handle yourself around criminals and violence. It is very, very effective at preventing violence, but if it fails, it has the potential to fail catastrophically. Bluffing with criminals is ill advised. They have far more experience at bluffing citizens than citizens do at bluffing criminals.

Addressing the behavior directly and remaining calm and unemotional sends a very specific message to the aggressor: you know exactly what he is doing and you are both prepared for and experienced in dealing with bad things. It sends the message that what he wants (a fight, to hurt someone) will have a very high price tag. If he is concerned about overcoming a humiliation, he will be very reluctant to risk losing.  The stakes are high for you in this as well. Do not bluff this tactic.

"Explain to me what you were thinking when you wrote this in the report."

If you get defensive—and you will want to—it is monkey brain to monkey brain. A dominance game and an excuse to chew you out, the corporate equivalent of a beatdown. Answer as if it were a thoughtful, reasoned question.

Whether the person you are dealing with is playing a monkey dominance game or is a pure predator, he wants to deal with a monkey. When you are in your monkey brain, you are emotional and most of all predictable. Predators (rapists, robbers, murderers—but also the cold-blooded corporate ladder climber) thrive on this and count on you following your social scripts.

Neither wants to deal with your lizard brain, should it awaken—a perfectly ruthless animal machine that only cares about your survival.

If you get hooked, you will find yourself on a script. If you get angry, if you start labeling, if you want to show who is best—you know the signs. You must recognize it and then spit out the hook. Take a deep breath. Acknowledge your internal state. Get back to the problem. Deep breath. "Sorry, I was starting to get angry for some reason. So what should we do about the situation in building C?" It acknowledges the monkey trap but refuses to play. Does not make it personal (no "you" in there) and focuses back on the problem. It even uses "we" as a way to build a perceived unity.

Many negative scripts start by looking for a hook. Be as honest as you can (it can be very difficult to honestly self-evaluate). The last time you argued with your teenager over homework, did you discover the homework wasn't done and get angry? Or were you feeling slightly grumpy and then asked about the homework?

There are automatic, natural hooks. Some can't be helped. If you wear a uniform to work or if you are of a visibly different group than the people around you, you are automatically othered to some extent. That othering is an automatic hook for those who want to act out.

The key to minimizing this effect is to work from the common ground. Before you even considering talking about social, political, or value differences, spend a lot of time on common ground. Almost everybody loves his or her family. In Iraq I'd often start by talking about how much I loved the food. Even if I wasn't a believer, I'd read the Koran, at least a translation, and had enough knowledge in common to know that a translation didn't really count.  Find the common ground and then be sure to listen more than you talk.

Your other natural hooks may well be under your control.  Being rude is an automatic hook. Being cruel or insensitive are automatic hooks. If your language is filled with racist or sexist terms, even if you think it is funny, you are giving away hooks.

And in some environments, talking like an overly educated, holier-than-thou reformer is an automatic hook. Don't get any tribal feelings about that description either. The most sanctimonious holier-than-thou people I know are progressive social activists, not religious zealots. (Ooooh. Look at all the labeling in that sentence!)

Monitor yourself for the hooks you give away and ruthlessly cut them out of your language and demeanor. Unless you thrive on meaningless conflict. In that case, do whatever you want.

Last thing: There is a universal way to see who you are, if you have the courage. You are reflected in your friends. If you have no friends, or all of your friends are asses, it's you. You're an ass. Hate to be the one to tell you. If, on the other hand, you look at your friends and feel humble that people so cool are willing to spend time with you, in that case you are doing well. Just don't get smug.

The above is an excerpt from Conflict Communication: A New Paradigm in Conscious Communication by Rory Miller.  For more information about the three brains, lizard, the monkey and the human, refer to Chaper 1 of this book.