Sai Design and Fighting Theory | YMAA
Skip to main content
FREE Shipping Order Over $70. (US Only, Conditions apply)    |   Up to 20% Off. Exclusions apply. 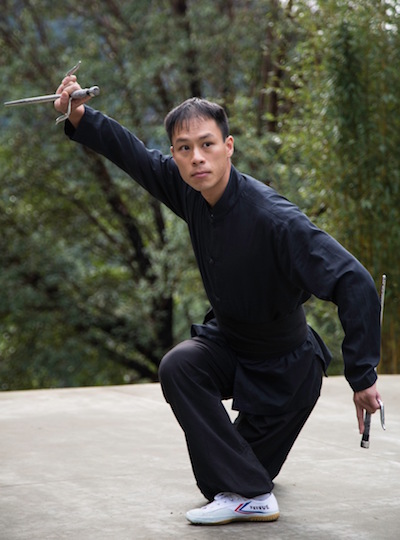 The correct length and weight of the sai varies from individual to individual. Of course, as with any weapon, the longer and heavier it can be without compromising the handling, the better it is in a combat situation. As the proverb goes, "One inch longer, one inch stronger" (一寸長, 一寸強, Yī cùn cháng, yī cùn qiáng).

Heavier weapons are often preferred due to durability and their ability to generate a powerful impact through sheer momentum alone. However, once the length and weight of any tool begin to make the handler manage it awkwardly, the tool immediately loses its purpose and potential.

For example, General Guan Yu (關羽, Guān Yǔ) was famous for having the long-handled saber, the Guān dāo (關刀), which purportedly weighed between forty and seventy pounds. Only he was capable of using it. Others who tried actually made themselves more vulnerable because they could not move well with it. The most ideal tools and weapons for any given person are always custom tailored and optimized to an individual's needs and habits. In addition, as our bodies grow stronger or weaker over the years, these tools must be updated. Our minds also adapt, learn, and execute differently over time.

Physically, the sai consists of a relatively thin but strong metal baton with a handle in addition to two prongs. The prongs can act as a shield, a hand guard that protects the hand area from incoming cuts and strikes. However, you should not rely on the prongs as a primary means of hand defense. They are thin and leave many angles vulnerable, regardless of having neutralized an opponent's weapon. Forward-facing prongs (that point toward the tip of the sai) are ideal for aggressively locking an opponent's weapon. Twisting the sai after neutralizing and locking can create added pressure to help control an opponent's weapon, but such locks should only be used temporarily because the shape of the handle does not permit the practitioner to struggle for a long time with strength. Rather, locks are almost always used to set up for a follow-up technique, which most likely involves the other sai.

A combatant should be able to complete an entire technique in just a fraction of a second. Forward-facing prongs also allow a practitioner to flip the sai in and out. When the sai is flipped out, it can be held like a normal baton with a regular grip on the handle. When the sai is flipped in, the baton protects the forearm and the back end of the handle can be used for short-range strikes. Backward-facing prongs are intended to deflect and neutralize, not to trap. They allow for easier sliding and rotation around an opponent's weapon. A sai's prongs are either both forward, or one forward and one backward. The reason for this is to allow flipping. Flipping is a special characteristic and advantage of the sai, and without a forward prong it is not easily possible. Sais with alternating prongs are sometimes referred to as "yin-yang" sais.

For those starting out, a sai may not seem the most practical weapon to train. Novice practitioners may even find a sai clumsy to handle and easy to drop. However, as mentioned, it is a weapon that takes a fair amount of time to master. People today are capable of amazing feats, as they were before in ancient times, so we must simply practice and realize what we are able to achieve.

In addition, we need to remember what people are actually capable of, instead of just glorifying or fantasizing over distortions of reality. For example, archery was a crucial art to master in ancient times of war. Today, it has been relegated to nothing more than sport and movies. However, that does not mean that highly-skilled archers do not exist today, or that they cannot exist today. There are archers who can still hit several bull's-eyes in a row, even while moving. What they cannot do is fly from treetop to treetop while shooting ten targets at the same time.

Instead of just admiring the skill of others, we should remember that every person has a potential to achieve something amazing as well. Practice until the sai becomes a part of your natural self. Sai is considered a short weapon; so do spend some time reviewing short-weapons basics—particularly saber broadsword techniques.

Training sai will help to improve strength, coordination, and dexterity. Part of the strength comes naturally from simply training with a weighted metal weapon in each hand. Sai techniques condition the muscles and tendons through movements requiring repeated, quick contractions and retractions. Specifically, sai techniques also focus on muscles and tendons that are used for twisting. This applies to all areas and all joints of the arms including fingers, wrists, elbows, and shoulders.

Essentially, the arms must support the weight of the sai while the fingers grip the handle and hand guard securely enough to maintain steady control over every movement. Coordination and dexterity are trained because there is a certain skill required to maneuver and wrap the fingers accurately, comfortably, and efficiently around the hand guard. The flipping technique alone requires a certain amount of precision to wrap the fingers quickly, but securely around the handle without losing either grip or control.

Sai is more complex than a simple baton because of the prongs and its exact design. Without these special traits, using the sai may seem no different than swinging around a pair of metal wrenches. Of course, the sai should be trained with much more intention and discipline, and with a far deeper purpose and goal. Nowadays, that goal is not to actually utilize the sai every day on the street or in a fight.

The beauty in training sai today is in the practice, the appreciation for its roots, and the long journey to achieve perfection through repeated lessons in imperfection. 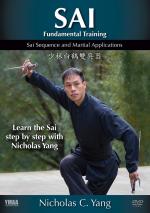 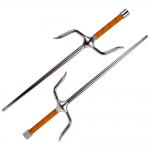