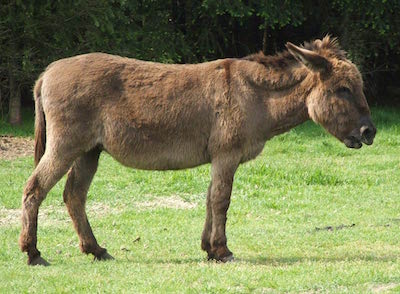 I am not, nor have I ever been, the most physically competent martial artist. It takes me inordinately more classes to attain technical proficiency in many areas than it does others. I am tall and fairly agile, but I do not have much muscle mass. And then, over the past few years, two significant medical challenges have crossed my desk. Couple all this with the fact that I am now in my 60s, and a potentially bleak image begins to materialize.

I am not, nor have I ever been, the most physically competent martial artist. It takes me inordinately more classes to attain technical proficiency in many areas than it does others. I am tall and fairly agile, but I do not have much muscle mass. And then, over the past few years, two significant medical challenges have crossed my desk. Couple all this with the fact that I am now in my 60s, and a potentially bleak image begins to materialize.

Yet, I do not give up. I am stubborn. I am like a donkey. I cannot imagine a life without taekwondo. I teach multiple classes at my school every day, engage in personal training whenever possible making the long commute to New York City to learn from my seniors. Moreover, I avidly study the philosophy, history and culture of the Korean martial arts in addition to contributing to the global taekwondo community academically through the written word, both in long and short form.

Several colleagues have asked me when I will retire. My answer is always the same: never. To this donkey, retirement is not an option. My life is intrinsically tied to my school and to transmitting the skills of traditional taekwondo on to those worthy of its virtues. I am a vessel in the great chain of martial arts knowledge and proud of it. To have it any other way would pose a severe disconnect between body, mind and spirit that would prove unacceptable and, unquestionably, leave me lifeless.

My teacher and mentor, Grandmaster Richard Chun, has a motto that he has stood by all his life. It is simple. He says: "Never Give Up!" Three simple words annunciated by many. Yet, in examining Kwanjangnim's life, it is easy to see that he has consistently brooked no compromise on this concept. Living through the Korean War, traveling alone to America, establishing a successful martial arts school and association, then facing his own set of physical challenges, is proof-positive of his never ending resilience. Almost eighty, he continues to travel, host seminars, write books and teach at elite United States Taekwondo Association dojangs. Not one to allow moss to gather, he has most recently founded a new organization, the Richard Chun Taekwondo Headquarters. A true standard bearer of the art, it is from him and my family, that I draw my martial strength.

Unimpeachably, the pursuit of traditional taekwondo is not for the faint-of-heart and will not tolerate self-doubt for long. Clearly, it requires great patience, sublimation of ego, tenacity, focus and, yes, more than a modicum of physical ability. This is why the more one practices, the more one develops an almost impenetrable suit of armor against the barbs of life. This does not mean that the martial artist is invincible; quite the contrary. Having reawakened a strong sense of wonder and quashed cynicism to a great degree through a rich exploration of the classical martial arts, the practitioner is even more susceptible to emotional salvos by others and particularly sensitive to the preciousness of life. To maintain this tenuous balance - this eum/yang of passion - the practitioner must learn to endure the peaks and valleys of the human condition with equanimity and grace.

Thankfully, traditional taekwondo is democratic in nature, certainly not in a political sense, but in the fact that it caters to all; its vast mosaic contains something for everyone – men, women, children, elders, rich, poor, strong and less strong. Every human can practice and contribute provided they are endowed with a sense of purpose and a pure heart. For my part, I've taken a silent vow never to allow dollars to trump tradition. And while I earn my living teaching taekwondo, I will not permit the temptation of income to obviate the prized values we teach and speak of in the dojang – courtesy, integrity, perseverance, self-control, and indomitable spirit. What I lack in physical ability, I try to compensate for in spirit.

Initially, the title of this essay might lead one to believe that I am preparing to boast about my killer kicks – for instance, a back kick - like a donkey! But no, obviously that is not what I intended by writing this piece. Surely, I can say with some certainty that after training for a quarter century that I do possess several strong, articulate techniques. However, I choose not to compare myself with others. This, as I have learned over the course of time, presents a dangerous situation destined for disappointment. In the dojang, I always say "there will always be someone bigger and stronger than you." Likewise, when measuring proficiency, there will always be someone "better" than you. But, other than inspiring a more vigorous and frequent training routine, what good does that thought do? Certain victory or progress is accomplished by taking one small step at a time, for yourself, by yourself and not giving up. Comparisons, unless you are seeking them for purely motivational reasons, have no place in traditional taekwondo.

So, the donkey will never quit regardless of the smoke sent up by the fires of life. I will continue to negotiate the difficult paths with respect and accumulated wisdom, always – always - seeking the high road. I will not surrender to seemingly unyielding adversity, but counter each blow with humility driven by the true heart of taekwondo.

All one can do is their level best in their search for personal excellence. But, it must sincerely be their best. And they must never willingly give up (hee-haw).

The above is an article written by Master Doug Cook, which appeared in "Totally Taekwondo," June 2014.