Taijiquan and Buddhadharma | YMAA
Skip to main content
Free Shipping (US Only, Conditions apply) on orders $75 or more - We are shipping as normally without delays. 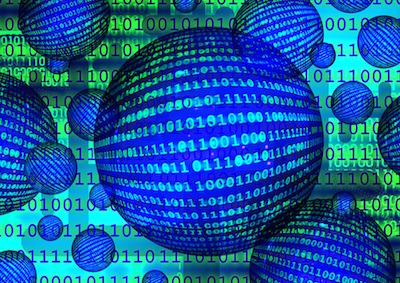 The three dharma seals in Buddhadharma: impermanence, non-self, and nirvana. In the sutras it is said that whatever is phenomenal is impermanent, everything is of non-self, and nirvana is perfect tranquility. The three dharma seals are the general principles of truth, which guide the enlightened to "wisdom" and human beings to understand the "world" with its extensive and profound theories.

The three dharma seals are the general principles of truth, which guide the enlightened to "wisdom" and human beings to understand the "world" with its extensive and profound theories.

These are the general principles of Buddhadharma, which were spread widely by the Buddha for the benefit of all sentient beings; they are also the universal truths held by Buddhism practitioners.

Whatever is phenomenal is impermanent

All things in harmony are impermanent. What's the harmony? "Pratityasamutpada (Dependent Origination)," the natural law of the universe discovered by Buddha Sakyamuni, and teaches humankind that "all are born when hetu-pratyaya (direct cause and indirect cause) are in harmony, and vanish when it disperses." Everything is the result of the harmony between the fundamental cause (hetu) and the cooperating cause (pratyaya). Pratyaya consists of many conditions; thus, it is constantly changing. When the same hetu meets a different pratyaya, the phalas (results) are different. We must combine the good "hetu" with the good "pratyaya" to achieve the completely full "phalas."
Impermanence indicates that all behaviors, phenomenon, and things in the world are impermanent, unstable, and changing.

Everything is of non-self: all things have no nature of their own

All laws, phenomenon, humankind, and things in the world are of non-self. The so-called "non-self" means that there is no constant nature in all things rather than denying the existence of "Self."

We've learned from "everything is of non-self" that we should look a bit deeper instead of clinging to the superficial phenomenon. Thereby you will not go to extreme, but rather be more tolerant, and consciously use "madhya" (middle, balance) and "unity" to achieve harmony.

Nirvana is perfect tranquility: when all the suffering of life and death vanish there is non-active tranquility.

Nirvana is a state of mental tranquility, happiness, and peace when all klesa (pain, affliction, distress) vanishes; birth and death, personalities, and pains extinguish. It is a world full of happiness, light, and freedom, and is the ultimate purpose of learning Buddhadharma.

We cannot realize nirvana without birth or death within our lives. However, "tranquility" reminds us of avoiding klesa and ending suffering.

Without the arousal of obstination or clinging to the five desires—food and drink, sex, fame, wealth, and sleep—and by treating people with generosity and tolerance, you will naturally be happy and reach a quiet and peaceful realm.

Yin and yang are the summary of the opposite properties of things and phenomenon that are interrelated in nature. The theory is about the laws of beginning, developing, and things changing. The yin and yang theory used in taijiquan and the three dharma seals are general principles for humankind to understand all things.

Modern scientists argue that the material world has two forms of beings, boson  (a particle that delivers forces such as photon, meson, gluon, w and z boson) and fermion (all material particles in elementary particles, and raw materials to constitute matter (such as electrons in leptons, quarks, and neutrinos that constitute protons and neutrons) which are coincidently in accordance with the thinking of taiji yin and yang of ancient China. "Yin" is boson, the material basis; and "yang" is fermion, the material form. The real world is shown with yang material form represented by yin material basis. The philosopher Shi Xiaobo points out that inertia maintaining balance (yin) and interaction causing changes (yang) are the most basic property contradiction of the material world. Confucius said, "One yin and one yang, this is the Dao."

The opposition of yin and yang

All things and phenomenon in the world contain yin and yang as opposites, such as up and down, heaven and earth, motion and stillness, rise and fall, and so on. Among them, up, heaven, motion, and rise belong to yang; while down, earth, stillness, and fall belong to yin.

The mutual rooting of yin and yang

Yin and yang are opposite and also interdependent. Neither can exist without the other. As in "up" being yang and "down" being yin, there will be no down when there is no up; as in "hot" being yang and "cold" being yin, there will be no cold when there is no hot. Therefore, we can say that yang depends on yin and vice versa. Either one takes the other as the condition for its own existence. This is yin and yang mutual rooting.

The waxing and waning of yin and yang

The mutual transformation of yin and yang

Yin and yang will transform into each other under certain conditions, turning to their opposites when extremes meet. The waxing and waning of yin and yang can be a quantitative change while the mutual transformation of yin and yang a qualitative one. The former is the premise of the latter and the latter the result of the former.

It is summarized in Huangdi Neijing that "Yin and yang are the Dao between heaven and earth, the principle for all things, parents of changes, the origin of birth and death, and the prefecture for the internal power of change."

The three dharma seals of Buddhadharma and the yin and yang theory used in taijiquan are the most profound truths for human beings to understand all things. Taijiquan and Buddhadharma are a perfect pair when they are studied together.

The above is an excerpt from The Mind Inside Tai Chi: Sustaining a Joyful Heart by Henry Zhuang.