Use of Force and Law Enforcement | YMAA
Skip to main content
FREE Shipping Order Over $70. (US Only, Conditions apply)    |   Up to 20% Off. Exclusions apply.

Home >> Articles >> Use of Force and Law Enforcement 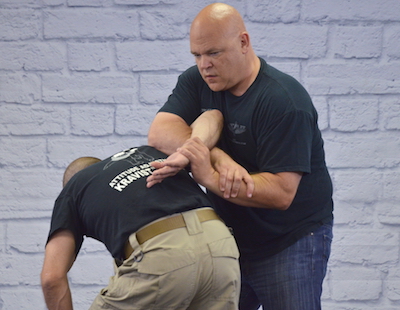 Use of Force and Law Enforcement

My opinions on the use of force (UOF) are based on twenty-five years of service with the New Jersey State Police. For ten years I was assigned to the NJSP Training Bureau in roles including lead academy instructor; assistant unit head for the Firearms and Self-Defense Training Unit; use of force instructor; and lead defensive tactics instructor including training recruit, advanced, and in-service members.

My opinions on the use of force (UOF) are based on twenty-five years of service with the New Jersey State Police. For ten years I was assigned to the NJSP Training Bureau in roles including lead academy instructor; assistant unit head for the Firearms and Self-Defense Training Unit; use of force instructor; and lead defensive tactics instructor including training recruit, advanced, and in-service members. I authored and revised self-defense lesson plans, appeared in US District Court and deposition on behalf of the State of New Jersey regarding use of force litigation matters, and served within the Office of Professional Standards (formally IAB) as a supervisor and investigator, specifically in use of force investigations.

Law enforcement personnel are often faced with difficult decisions, perhaps none more difficult than using coercive force. The primary objective for law enforcement when engaged in a use-of-force incident is to restrain and control while utilizing an "objectively reasonable" amount of force. The often asked, debated, and second-guessed law enforcement question is how much force is necessary, required, or acceptable? One point requires emphasis. Generally, there is no reason for law enforcement officers (LEOs) to strike a suspect in the head outside of a deadly force encounter. The following terms require discussion:

Excessive use of force: This term can be described as using more force than a reasonable person would deem reasonable and necessary.

Unnecessary or unreasonable amount of force: This term refers to law enforcement personnel who utilize force where a reasonably prudent and well-trained police officer would not. If law enforcement personnel are accused of utilizing too much force, accountability for the incident(s) will include, but not be limited to, possible discipline for violating department policy, agency rules and regulations violations, internal investigation complaints, possible criminal charges, and civil lawsuits.

Today many UOF encounters involving law enforcement officers and the public are captured on video from police cruisers, body cameras, cell phones, or other electronic devices. These encounters often look completely different from the reality of the event and do not tell the entire story. One's perceptions, lack of knowledge, understanding of the law, department policy, the constitutional standard and relevant standards, biases, subsequent rush to judgment, media pressure, politics, administrative incompetence, outside influences, and overreactions as well as other factors will determine one's interpretation of the event.

A myriad of considerations underpin reasonably objective use of force. Circumstances, application of force, force options, training, experience, department policy, attorney general guidelines and the constitutional standard set forward in Graham v. Connor, 1989, along with other relevant factors are taken into account when evaluating a use-of-force incident. Attempting to physically control an unwilling, uncooperative individual who is either passively or actively resisting arrest is one of the most dangerous, difficult, and stressful situations faced by law enforcement.

Training (or lack thereof), skill level, physical conditioning, fatigue, strength, physical and emotional control, attitude, decision-making skills, roadway conditions, time of day, uniform restrictions, equipment, and other factors including but not limited to the number of officers present all play vital roles during in determining the objective reasonable use of force. Each UOF incident is independent of another. Each should be considered as a unique, independent set of circumstances. However, this often is not the case.
The Supreme Court case Graham v. Connor, 1989, set the UOF standard. The court advised lower courts to ask three main questions regarding use of force:

Additional criteria, as noted previously, are also considered when evaluating the Graham v. Connor standard and its implementation.

Under the Constitution's Fourth Amendment, law enforcement officers are permitted to utilize what is known as "objectively reasonable force." This standard applies when a LEO seizes a free person. Under this standard, LEOs may choose from their force options and employ force that is objectively reasonable. Force can and should be used by LEOs based on the suspect's actions, capabilities, and under the totality of the circumstances.

Law enforcement personnel must realize and understand that during any UOF confrontation it is the subject who chooses to resist a LEO's authority and control. As a result, the subject prolongs the confrontation and, in most instances, determines when UOF will cease by freely choosing to stop resisting and comply. Until the subject submits to the LEO's control, the application of force will not end; however, the force utilized must be objectively reasonable. LEOs must also realize that good verbal communication skills, a well-written and detailed report, good judgment, sound decisions, knowledge of the law, department policy, and proper documentation are all essential factors when assessing a UOF incident. Once again, it is imperative that law enforcement personnel realize that in a lawful seizure of a person, in most instances, the subject, in fact, controls or determines many aspects regarding UOF.

Once the subject stops resisting and complies, LEOs must restrain and control, ratcheting down any use of force to possibly none at all, other than applying restraints. When a subject is restrained with handcuffs, leg shackles, or both, LEOs must recognize that the use-of-force incident is over. It is unacceptable, unauthorized, and against accepted police policies, practices, procedures, and relevant standards to strike a subject under these circumstances.

The more severe the threat posed to law enforcement officers, the more force they can justify. Let us look at some of these factors:

Note: the information contained within is not meant to be a substitute for legal advice and the writer is not an attorney. It is highly recommended that any law enforcement officer who might be involved in litigation or use of force consult an attorney as well as a use-of-force expert.

Remember there is a distinct difference between law enforcement and military krav maga training. Not everyone understands or honors this important separation. A common mistake is to teach law enforcement techniques for military purposes. To be sure, there can be overlap, but military training, when taught correctly, focuses on maiming or terminating an enemy combatant. As noted, we only teach lethal-force applications to vetted personnel through our military training programs.

The above is the Appendix to the book Krav Maga Professional Tactics by David Kahn.