Getting hit doesn't hurt (But love sometimes does) | YMAA
Skip to main content
Free Shipping (US Only, Min. $70+ Conditions apply)

Home >> Articles >> Getting hit doesn't hurt (But love sometimes does) 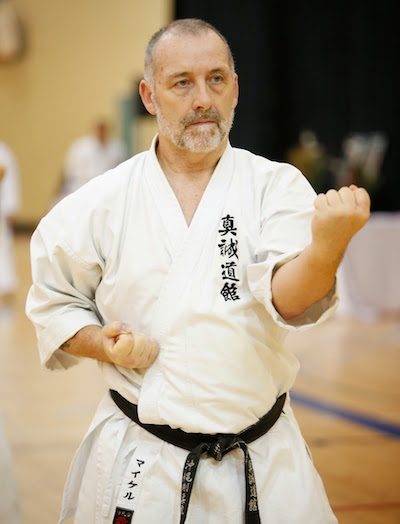 Getting hit doesn't hurt (But love sometimes does)

Getting hit doesn't hurt...that's not only the name of this article: it's a fact! It was also a discovery I made many years ago when, as a young man caught in a downward spiral of violent behaviour, my life was heading to the bottom faster than a rock in water. Unable to take control of the rage that burst to the surface with increased regularity, my teenage years bore witness to a boy broken by his inability to alter course. Appreciating that it was my fear of being hit, and not the actual pain I might feel when a blow landed, was a massive turning point in my sprint to the bottom. It was a fear that lay at the heart of my hesitation to start a fight; but once that fear was removed, my downward trajectory grew quickly steeper.

Getting hit doesn't hurt...that's not only the name of this article: it's a fact! It was also a discovery I made many years ago when, as a young man caught in a downward spiral of violent behaviour, my life was heading to the bottom faster than a rock in water. Unable to take control of the rage that burst to the surface with increased regularity, my teenage years bore witness to a boy broken by his inability to alter course. Appreciating that it was my fear of being hit, and not the actual pain I might feel when a blow landed, was a massive turning point in my sprint to the bottom. It was a fear that lay at the heart of my hesitation to start a fight; but once that fear was removed, my downward trajectory grew quickly steeper.

No doubt science has an explanation for why getting hit in the mayhem of a fight doesn't hurt, but I don't know what it is. I do know that a body pumped with adrenaline and a mind preoccupied with murderous intent, provide a shield against pain. Knowing that the hurt coming my way would not arrive until well after the fight had ended became my drug of choice; my fuel to pour upon a flame that was lit with frightening ease. George Bernard Shaw once wrote, "Youth is wasted on the young", I think he had a point. Like many young men, my transitional years to adulthood were laced with uncertainty and angst, and for me, compounded by a self-inflicted lack of education. Given my inability to make good choices the bedrock upon which my doubtful future stood was always going to be unstable.

When my life was at its most bleak the dimmest of lights appeared on the horizon; the day I walked into a karate dojo for the first time changed the direction of my life forever. Long before entering that dojo I already knew that getting hit wouldn't hurt; but I had no idea how much discomfort I was about to experience in the learning of karate, or how all of that discomfort would pale into insignificance compared to learning how to love. "Clarke's gone soft", I hear you say, "Lost the plot – gone senile".... perhaps; but having experienced both love and anger, I can attest to the greater power of the former over the latter; and bear witness to the nurturing influence of love, as well as the corrosive, mordant, effect of anger.

Love gives rise to a belief that all things are possible, it enables acts of immeasurable courage, and it brings forth life! Whereas anger, as explosive and powerful looking as it may appear, is born from weakness, and is the precursor to consistently negative experiences. You win the argument only to lose a friend, you win a battle only to lose the war, you win the war only to lose the peace. Whenever you win something, you always lose something in equal measure; this law of give and take, of karma, is a concept lost on sport karateka and those who compete with other 'karate clubs' for business.

The study of karate reveals a strategy for living and diverts your attention away from winning; redirecting your thoughts instead toward not losing, and to ways of circumventing lasting disappointment. Although not without physical pain and psychological discomfort at times, the way of karate reminds you that a life lived without suffering will deny you opportunities to learn and grow. Indeed, a life without pain is no life at all, merely a prolonged exercise in avoidance.

The study of karate is never ending, why is that? Could it be that your karate only ends when your life stops, that from start to finish the point of karate has always been to peel away the layers of pretence you wear as you busy yourself portraying the person you imagine yourself to be? I'm not advocating that suffering is 'good' for you, I'm saying that it 'just is', and that when you suffer you catch a glimpse of your true nature.

Regardless of what people have done to mould karate into their own likeness and to make it serve their own purpose they cannot alter its DNA. You can pick a name for what you do to stand yourself apart from others, and gather in ever larger numbers to create an impression of righteousness, but it's all to no avail. Karate, like suffering, and like life itself, just is! Karate needs none of its modern day trappings to exist, and yet; without karate where would you be now?

Entering a dojo for the first time is a daunting experience and many, having faced their initial uncertainty and moved on; make a silent, subliminal, vow to never do anything like that again. With the passing of time, your thinking moves ever further from the beginner who had the curiosity and courage to walk through the door; instead, seeking to leave the 'beginners mind' far behind, your thoughts turn to making progress...or at least what passes for it.

I attended school for only ten years (1960 – 1970), abandoning my formal education as soon as I could at the age of fifteen. My departure from school brought with it not a single document to indicate I was sufficiently educated to become a productive member of society. Naive as I was to the notion that the human race has always been harsh on those who cannot find their niche quickly, I stepped into a world I knew nothing about. Show any sign of failing and the world wastes little time in crashing down around your head. Unarmed and ill-equipped, the cracks I was falling through in life back then were, from my perspective, gaping chasms. It was a reality that frustrated me, increased my sense of enmity and lead inevitably to a lesson my fate insisted I receive.

Karate was not my first choice when it came to fighting, nor was I looking for a way to better myself. Nevertheless, in the dojo I was introduced to an education system that was not only physically demanding but emotionally nurturing; the psychological effect of which proved instrumental in acquiring the tools I needed to construct a good life. Had I failed to stumble upon karate when I did, I have no doubt my life would have taken a very different course. So, to borrow a line from a Tina Turner classic... "What's love got to do with it?" What role does love play in the learning of karate, and more importantly, in its application in daily life?

Can you remember how nervous you felt setting off from home to go training for the first time? Can you recall the surreal clarity of how you felt walking into the dojo? Then, the feeling of exhilaration as you made your way home at the end of the night. Although not quite the same as love, the intensity of those early feelings for karate run parallel; the initial attraction, the nervousness when you make contact for the first time, and the rush of excitement when your fear of a negative response has passed. While some people are able to maintain the joy of training, and the love in a relationship, a significant number fail to make a long term commitment to either. With so many karateka failing to continue training after just a few short years, and an estimated one in three marriages ending in divorce, it's clear that for many, making a long term emotional commitment is difficult.

The above is Part 1 of 2 Parts by Michael Clarke, author of Redemption: A Street Fighter's Path to Peace.