Introduction of Yang Style Lao Liu Lu Taijiquan | YMAA
Skip to main content
FREE Shipping Order Over $70. (US Only, Conditions apply)    |   Up to 20% Off. Exclusions apply. 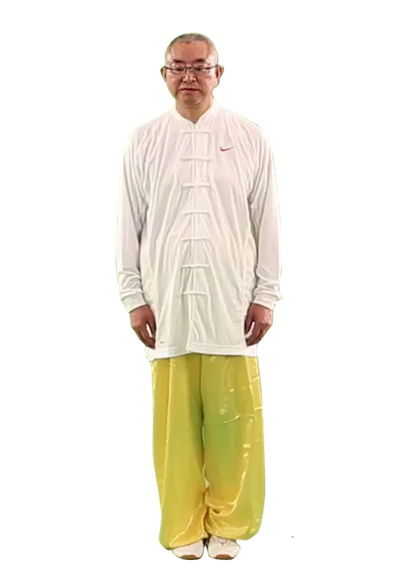 In the time of Qing Dynasty, taijiquan was quite popular in the royal palace due to Prince Pu Lun Bei Zi, a man of great power and wealth, who appreciated the fighting technique of Yang-style taijiquan. He recognized the martial applications disguised in the slow, graceful movements, as if there were needles hidden, wrapped in cotton.

In the time of Qing Dynasty, taijiquan was quite popular in the royal palace due to Prince Pu Lun Bei Zi, a man of great power and wealth, who appreciated the fighting technique of Yang-style taijiquan. He recognized the martial applications disguised in the slow, graceful movements, as if there were needles hidden, wrapped in cotton. He invited Yang Jian Hou (third son of Yang Lu Chan—creating master of Yang Style Taijiquan) into his mansion to teach and offered generous reward and favor, which influenced the Yang family to share their secrets of gongfu and taijiquan and to teach the traditional internal power that is usually called "Lao Liu Lu" or "Old Six Routines." However, it was Wang Chong Lu, a housekeeper and servant of Prince Lun, and his son who actually went into deep study and developed the deep understanding needed to inherit the internal power and technique. This became the bloodline thriving in the capital for the internal power and mind approach.

It is said, Wang Chong Lu, when formally acknowledging Yang as master, was instructed by Yang, "What I teach you (the mind approach of the internal power) shall not be released outside, except to your son. That is the Yang's livelihood, and you do not want to ruin [it]." Wang and his son kept their word, and never released any of the secrets of the mind approach of internal power. It was not until the 1990s, the third anniversary of Wang Yong Quan's passing, that True Essence of Yang Style Taijiquan was released to the public. In it he described, in detail, the essence of Yang Style Lao Liu Lu. It is a true classic of Yang style, which is the great achievement and contribution of Wang Yong Quan in his later years.

In 1982 Wei Shu Ren was formally accepted as a disciple of Wang Yong Quan. Wei was an adept student and gained favor from Wang, and took the instruction left by Wang to write books and accept disciples to promote Yang style. True Essence of Yang Style Taijiquan and Yang Jian Hou's Private Teaching of Authentic Internal Power were published in 1999 and 2000 separately. They revealed the true essence of Yang Style Lao Liu Lu, for which we are fortunate, as the art was endangered due to the veil of secrecy kept by the masters of previous generations. It is a great contribution for human health.

Yang Jian (1839-1918), style name Jian Hou and also known as Jinghu, was called Gentleman Three by people, and Old Gentleman in his later years. A style name was given to imply a particular virtue. Yang Jian Hou was born with a subtle tranquility, a nature recognized by his father Yang Lu. Persons born with this subtle tranquility are prime material for Dao cultivation and practicing internal boxing. He believed it would be Yang Jian Hou who would take the lead in the Yang family.

When he was practicing gongfu with his father, he completed all of his father's teachings including more than ten complete forms, swords and spears, internal and external power training, concealed weapons, and shooting. The painstaking training was unbearable for most people, but was the key to Yang's ultimate exquisite gongfu. His boxing style couples both strength and gentleness, which is truly the ultimate realm, with mastery of sword, saber, spear and pole.

Many martial artists from other schools, skilled at sword and saber, challenged Yang, and all were beaten as if they were flies brushed away with a fly whisk. He was also skilled at spear or pole, capable of applying all kinds of forces to the tip of the pole. Therefore, when other spear or pole martial artists confronted him, they were all thrown away. He was an expert in shooting as well, and accurate every time.

The internal power is difficult to acquire. It must be practiced with both qi and spirit. Taijiquan inherently can function as dao yin, a practice to develop qi. At a novice level, after a person is able to relax and open the hips and shoulders, he is able to exert a holistic force. Only Yang was different, he started to throw people with the light and agile force. The relaxed and sinking force is holistic. It is triggered from the foot, reaching the touch point instantly; the light and agile force is an holistic one with internal force, making the touch point feel gentle; while, the empty force gives almost no feeling at the touch point.

Yang Jian Hou, on the basis of the "small form" of his father Yang Lu Chan, considering the physical conditions of the learners and focusing on health first, revised the form in to "middle form," with extended movement range and reserved battle technique, which meets the demand of health for old people. This is another advancing step for Yang-style taijiquan. Standing push hands and si zheng shou (four cardinal directions) were created by Yang Jian Hou, who also set Yang-style da lu (big rollback) and moving si zheng shou.

Wang Yongquan (1904—1987), "Zai Shan" (on the mountain), was the former vice chairman of Beijing Wushu Association.

Wang's father, Wang Chonglu, was a disciple of Yang Jian Hou, who often taught Prince Pu Lun on Yang's behalf. Wang started learning with Yang Jian Hou and Yang Shaohou when he was seven. He was liked by the Yang due to his strength, cleverness, and willingness to work hard to learn. In 1917 Yang Jian Hou appointed Yang Chengfu (his third son) to teach Wang Yongquan. Yang Chengfu wanted to take Wang to Shanghai in 1928. However, the Wang children were still too young for him to leave. Wang was there for more than ten years, watching, learning, and gaining an understanding of both physical and mental aspects of the art. He acquired the true essence of the internal power and strength, and attained a high level in push hands. He stuck to the original way of practicing Lao Liu Lu in his last decades, which is different than what Yang Chengfu taught in Shanghai or other places.

In 1957, Wang Yongquan, representing Yang-style taijiquan, was selected to the Beijing Wushu Team to participate in The First National Form Sports Contest, and was awarded second place in Taijiquan ranking. He performed excellently in national contests afterwards, which convinced many people to want to learn from him, but Wang turned down the requests because of his vow of not disclosing the Yang style to outsiders.

At the end of 1957, many well-known practitioners in Beijing martial arts community gathered with the municipal sports committee for the Wushu Association Meeting. Among them were Cui Xiulin, Wang Xiachen, and Sun Jianyun. They asked Wang for the true essence of Yang Style, but Wang refused to unveil the secret of Yang style publicly in the meeting. This demonstrated to the entire wushu world how he treasured the rare art of Yang style, and of his uprightness and honesty in refusing to disclose the secrets.

Fortunately, in the early eighties, when the true essence was disappearing, convinced by people he respected, Wang loosened the restrictions and started lecturing about taijiquan in the Chinese Academy of Social Sciences (CASS). He explained the theory with plans and steps, demonstrated push-hands, and publicized what he had learned to people who shared his interest.

In January 1986, the initial draft of True Essence of Yang Style Taijiquan was finished, told by Wang Yongquan and organized by his students Wei Shuren and Qi Yi. In 1990 the book was posthumously introduced to the public. Today it is a taijiquan classic describing the heart of Lao Liu Lu and helping people understand the true essence of Yang style. That was a great achievement and contribution by Wang.

In June of 1987, People's Sport Publishing House made tapes of Wang's push-hands technique. Although Wang could hardly stand, to the amazement of the audience, he was able to throw the opponent meters away, with profound internal power.

Wang's teaching principles are: value internal power—the training of intent, qi, and spirit; virtue first—learning taiji not for fame or wealth, but for practicing the Dao. The features of the form are: comfortable, pleasant and unaffected, practicing taiji should follow the Dao, which follows the nature. He clearly pointed out: taijiquan includes two parts of gongfu, self-awareness and opponent-awareness. Self-awareness is the gongfu of cultivating the inner qi, by relaxing, expanding, connecting, and emptying. Opponent-awareness is the gongfu of fighting techniques that applies the taiji force upon the opponent, by sensing, testing, controlling, and releasing. He did not only inherit and go deep into the tradition, but also made creations and developments, making outstanding contributions to the cause of Chinese taijiquan.

In April 2006, the successors of Wang held a memorial for Master Wang Yongquan in Taihe Palace in the Forbidden City, after which Yongquan Taijiquan Research Council was founded in keeping with Wang's dying wish of saving and promoting his teaching of health preservation and fighting technique, and of spreading the Yang style to the world.

The above is an excerpt from The Mind Inside Yang Style Tai Chi: Lao Liu lu 22-Posture Short Form by Henry Zhuang