Brain Damage: Do Football Helmets Help? | YMAA
Skip to main content
FREE Shipping Order Over $70. (US Only, Conditions apply)    |   Up to 20% Off. Exclusions apply. 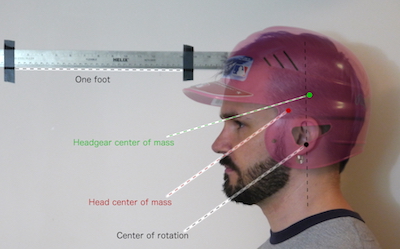 Recently, the National Football League is facing a 765-million-dollar lawsuit filed on behalf of more than 4,500 former players regarding the concussions and potential chronic traumatic encephalopathy (CTE) sustained during their careers. Similar lawsuits are underway against the National Collegiate Athletic Association as well as the National Hockey League, and football helmet maker Riddell is facing multiple lawsuits over claims about the effectiveness of their helmets at protecting athletes from concussions.

Recently, the National Football League is facing a 765-million-dollar lawsuit filed on behalf of more than 4,500 former players regarding the concussions and potential chronic traumatic encephalopathy (CTE) sustained during their careers. Similar lawsuits are underway against the National Collegiate Athletic Association as well as the National Hockey League, and football helmet maker Riddell is facing multiple lawsuits over claims about the effectiveness of their helmets at protecting athletes from concussions. It seems CTE and headgear is an important topic to athletes in a large number of sports. If we want to understand how headgear protects us (or doesn't), we need to take a look into the physics behind the rotational motion of the human head with and without helmets.

Almost all headgear, no matter what sport you play, is composed of combination of soft, compressible materials, and a hard shell. The soft materials compress on impact, absorbing some of the energy of the blow, while the hard materials spread the impact energy out over the surface of the shell, effectively increasing the surface area. Since diffuse axonal injury is a result of momentum transfer to the brain, neither of these safety components reduces the likelihood of CTE, but that does not mean these helmets are useless. Rigid shells and compressible materials are still very effective at protecting us from the types of injuries caused by localized tissue damage. This means they reduce the number of cuts, broken bones, bruises, "cauliflower ears," and other localized trauma. This also includes skull fractures, which should be considered a serious injury, even if the brain is not damaged with it.

In 1974, the National Operating Committee on Standards for Athletic Equipment (NOCSAE) defined their set of safety standards for helmets using a "linear drop test" (Gwin, 2010). The test, which was designed to prevent skull fractures, and not CTE, is performed by fitting a head form with a helmet and then dropping the head form onto an anvil from various orientations. These standards have remained largely unchanged for more than forty years, and while there is ample evidence to believe the helmets that meet these standards reduce the likelihood of skull fractures, we have very little reason to believe they are effective at reducing the incidence of concussions or CTE.

Protecting from CTE Means Reducing Angular Motion of the Head

If we want to evaluate helmets on their ability to protect us from diffuse axonal injury, and ultimately CTE, we need to do some calculations to determine the angular velocity of the head, immediately following impact. This will tell us how quickly the impact and all the applied forces got the head turning, which should be proportional to the magnitude of the stretching of axons on the brain.

Looking at the equation for ωhead, we can see that heavier helmets do a better job of protecting our brains (mhead is on the bottom), but helmets that extend too far increase the risk of diffuse axonal injury (Rimpact is on the top).

While there is some experimental evidence to imply that severity of diffuse axonal injury is different for each of the three rotational directions (Meany, 1995), we will treat all angles of rotation equally here. Additionally, we will not make any attempt to specify the threshold at which significant diffuse axonal injury occurs. Instead, we will compare the results of each helmet to the human skull, and note the percent difference in final ωhead.

The human skull is my favorite helmet of all time.  It is rounded and rigid, and does an excellent job of dispersing impact energy.  There are even special sensors embedded in the skin to warn us when we are approaching the limits of what the skull can protect us from. The human head weighs about 9.65 pounds (Walker, 1973), and the center of mass of the head is located just above and in front of the ear, and right between the eyebrows (Roush, 2010).  The center of rotation of the head lies at the base of the skull, where the head meets the neck.

For these evaluations, I will be making a number of over-simplified assumptions about the shape and mass distribution of heads and helmets, so the results should be considered rough approximations at best. For example, I will assume my head can be approximated by a 10-pound cylinder of evenly distributed meat with a radius of 3.5 inches. There are much more accurate ways to determine the magnitude of the diffuse axonal injury, such as "SIMon", a finite-element computational model that can determine the sheer forces experienced within the brain (Takhounts, 2008). I will not attempt that level of accuracy, and I will focus instead on extracting relationships from the variables involved so I can determine what makes a good or bad helmet when it comes to protecting us from CTE.

There are currently no class-action lawsuits against Major League Baseball for CTE on behalf of retired athletes, and the number of impacts to the head suffered by baseball players tend to be less frequent than other sports, but that does not mean that baseball is without CTE risk as well. Ryan Freel was an aggressive, uninhibited player who sustained "nine or ten" concussions by his own count, and committed suicide in 2012, three years after his retirement from baseball. It was determined post-mortem that he had been suffering from CTE.

Compared to all the other headgear, football helmets are huge. They are heavy, which is good, but they also have a large radius, which provides a great deal of leverage for stretching axons.

Of course, I have generated all these numbers using very broad assumptions, but I took this approach intentionally because it helps us see what factors go into a good (or bad) helmet better than a super accurate simulation would. Scientists at the Cleveland Clinic have conducted a very interesting and accurate investigation into football helmets, where they are subjected crash-test dummies wearing helmets to various impacts, and then analyzed the results of the impacts with SIMon computational model to determine the amount of diffuse axonal injury sustained (Bartsch, Benzel, Miele, & Prakash, 2012). The test compared 11 different modern helmets, and two replicas "leatherhead" helmets similar to those worn in the early 20th century. The leatherhead helmets performed comparable to or better than modern helmets in all cases, which is consistent with the results we have generated here using our very broad assumptions.

Feeling Pain Under a Helmet

One of the effects of absorbing and dispersing impact energy is an impaired ability to trigger the nociceptors in the skin that normally send warning signals to the brain which are then interpreted as pain. This means an athlete can only feel prohibitive pain under a helmet in extreme cases. Pain is our internal warning system and it keeps us safe from serious damage by changing our behavior in the moment, and by teaching us lessons to remember for later.

It is OK to turn off this warning system to avoid false alarms, like when we use a local anesthetic before surgery. When athletes put on helmets today, they are effectively switching off the warning system in their skull, but they are not switching it off to avoid false alarms. They are switching it off to avoid warnings of the very real damage being done to their brains, and this allows them (and perhaps even encourages them) to take even harder hits without the inhibitions of pain.

Like American football, rugby and Australian-rules football are both high-collision sports, but athletes in neither sport wear helmets. Currently, we do not track and report head injuries well enough to perform a meaningful risk comparison across all three sports, and rule differences make it difficult to isolate the effects of headgear, so it is impossible to say which sport is "safer," but once our head-monitoring technology improves a little bit, it might be worth testing whether or not taking football helmets off entirely would result in a safer game. Even if we are not ready to change the way we play the game on the field, taking the helmets off during practice might be a good start.

If we want to construct a helmet that is effective at protecting an athlete from CTE, we need to pay close attention to the factors that made some helmets better or worse in the investigation above, and apply them intentionally. First, we should notice that a slim form factor is important. The tighter to the skull we can keep the helmet, the better. The Rimpact is what really hurts the performance of the majority of the helmets we investigated. The second important factor is the mass. Increasing the mass of the head without significantly increasing the impact distance would be a great way to protect the head from diffuse axonal injury.

In fact, we could make a simple protective helmet from a couple of aerobic wrist-weights by sewing them together into a 5-pound beanie cap half an inch thick. We would need to add a strap to keep it tight to our head, but this simple DIY project would reduce the ωhead in our calculations by 51 to 53%. This cheap design alone may be enough to save the brains of our athletes, and that is without doing any engineering to get it just right.

If we want to increase the effective mass of the head so much that ωhead is reduced far below injury thresholds, all we need to do is connect the head to the body. This could be done via a rigid connection (perhaps something with sensors that becomes rigid on contact) or it could be a semi-rigid combination of compressible/stretchable materials and supports. In any case, if we could get 10 percent of the body weight of a 200-pound athlete into the support of the head (which should be possible with minimal support connecting the head to the body) then we can reduce ωhead by 67 percent. Putting this together with the beanie cap above would result in a reduction of ωhead by more than 75 percent. If we start to put more than 10 percent body weight into the support (100 percent body weight means a completely rigid support), we may even begin to see the center of rotation shift away from the head and into the torso where there is no diffuse axonal injury to be done.

The point is, the helmets and headgear we use today are not doing enough to protect us from CTE, but it is not impossible for us to get it right and start protecting our athletes.

The above is an abbreviated excerpt from Fight Like a Physicist: The Incredible Science Behind Martial Arts by Jason Thalken, PhD

Jason Thalken has a PhD in computational condensed matter physics from the University of Southern California, and bachelor’s degrees in physics, mathematics, and philosophy from the University of Texas. He is the inventor on eight patent applications for data science and modeling in the financial services industry, and one patent application for protecting the brain from trauma in such sports as boxing, MMA, and football. Jason has studied and competed in more than eight different martial arts … More » 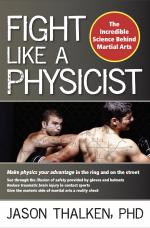