Home >> Articles >> About a Real Fight 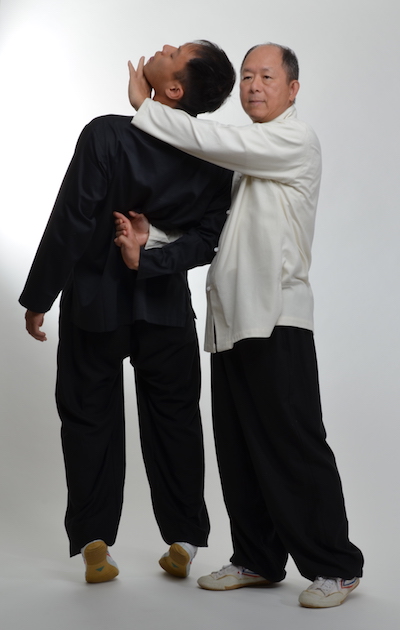 About a Real Fight

Before you get into a fight, you must first ask yourself a few things: Is this fight necessary? What is my motivation in this fight? What are my chances of winning? What will the consequences be?

Before you get into a fight, you must first ask yourself a few things: Is this fight necessary? What is my motivation in this fight? What are my chances of winning? What will the consequences be?

Knowing Your Purpose and Motivation in Fighting

I remember something my White Crane master told me repeatedly. He said, “If a person asks for a fight because his dignity is hurt, then his morality is poor. If you accept the fight, then your morality is no higher than his. However, if you can be humble and bow, then your morality is higher than his. It takes a lot of courage to do this. Humility is not the behavior of a coward; on the contrary, it is the expression of courage, wisdom, calm, and tolerance. If you fight just to protect your dignity, then the fight is not worthy.”

On the other hand, if you are forced to fight to protect your life or to protect your family or a friend, then you should fight bravely. Under such circumstances, nobody would blame you. Because you are motivated by a good purpose, you will not hesitate or be afraid to accept the fight.

You should know one thing: if you ask for a fight because your dignity is hurt, then you are not a hero. You are just a coward because you behave exactly like a coward, asking for more respect and dignity. Therefore, if you can avoid a fight, you should.

If your fight is just sparring with a friend or in a competition, then both you and your opponent must control your tempers. It is easy for one side to lose his temper and start a real fight. Remember that anything can happen in a fight—so be prepared.

Knowing the Consequences of a Fight

Even if you have a good reason to accept a fight, you must also consider the consequences of the fight. You may feel satisfied after you have won the fight, but have you considered the possibility that the opponent will try to take revenge? Is it possible that he may come after you with a gun or with a group of his friends? After the fight, will you have to live in fear of his revenge? What have you proved with the fight after all? Are you a coward or a hero? Or are you just a small man like your opponent and other street fighters? Will you earn more respect from this fight or will you make all your real friends leave you? All these questions will have to be considered when you are faced with the possibility of a fight.

Knowing Yourself and the Enemy

If you decide that you have a good reason to fight, you must then consider several other things: How good is this enemy? What are my chances of winning? Will my fighting spirit be able to overcome bad circumstances such as a smaller body or limited fighting experience? For example, if you are alone against five opponents, would it be smarter to avoid the fight or even run away? Running is not necessarily a cowardly act. Sometimes it is the best thing to do. Sun Zi’s book on fighting strategy concluded that running away is the best strategy.

Knowing the Location of the Fight

The last thing you must consider before you start the fight is the location. Is the place big enough to fit your style? If the opponent suddenly uses a concealed knife, could you find a stick or rock for defense? If you cannot win the fight, can you escape easily? For example, if you specialize in kicks, you should not fight on a slippery surface like ice.

Taijiquan is a martial style that specializes in short-range fighting. Most of the techniques are based on and developed from adhering-sticking. Middle-range fighting, which uses a limited amount of kicking, is used but is not commonly seen. Long-range fighting, in which kicking plays a major role, is mostly ignored in taiji.

Therefore, if you are a taijiquan fighter and are about to fight, you must know several important things. Do you know how to avoid long-range attacks? How do you approach the opponent safely and move into middle and short range? Do you know how to connect and intercept so you can use your taijiquan techniques? These questions are probably the most important for today’s taijiquan martial artists, because these types of training have been neglected for the last fifty years.

Taijiquan specializes in short-range fighting, with middle range second in importance and long range last. You therefore want to stay at short range because it is the most advantageous for you. If your opponent is also in a style that specializes in short-range fighting, such as Crane or Snake styles, your techniques must be higher than your opponent’s in order to win the fight. If your opponent is in a style that specializes in long-range fighting, such as Long Fist or Praying Mantis, then you must be aware of what distance is most advantageous for his kicking. For different opponents, the strategy can be completely different. The key to winning a fight is to always maintain the fighting distance that is most advantageous for you.

In order to set up your fighting strategy, you must first know your enemy’s ability and strategy. Going into a fight blind is dangerous. There are several ways you can discover your opponent’s fighting potential and specialties. First, you can judge him pretty well if you know what style he has learned. For example, Long Fist style will be good in long-range kicking techniques. Second, you can use a fake attack to test his awareness, reaction, speed, and spirit. Third, you can often tell a lot about a person from his facial expression. For example, if his face is calm but reactive, and his steps stable and steady, then you know you face a strong opponent.

3. Knowing the Ways of Avoiding an Attack

Once you know the situation for both of you, then you must also know the ways and techniques of avoiding your opponent’s attack.

4. Knowing How to Trick the Enemy

You must know how to trick and fake the opponent and create the opportunity for you to move into medium and short range safely and effectively.

5. Knowing How to Connect

Once you have closed the distance to short range, you must know how to intercept and connect to the opponent so that you can use taijiquan techniques. is will be dis- cussed in the next section.

Once you have connected with your enemy, you must use several skills that have been developed through long practice of pushing hands. Here’s a list of important points to refresh your memory.

In addition to all of these, you must also develop your fighting spirit and attitude, which are usually the most important factors in winning.

Bravery is the most important factor in winning a fight. When you are scared, your muscles generate acid, which makes them tremble and feel sore. is greatly lessens your capacity to fight. Therefore, before you fight, you must know why you are fighting, and once you are committed to the fight, you should be straight forward and not hesitate.

In order to be brave, you must have confidence in your fighting ability. You must know what you are doing and what to expect. A fight without confidence is usually a fight lost. Confidence is built through accumulating fighting experience.

Once you have bravery and confidence, you should then learn to avoid getting excited. An excited mind can be easily fooled. You must remain calm, and your technique and strategy must be firm. Use your calm mind to judge the situation and your form technique to execute your thoughts.

Once you are committed to a fight, you must be mentally and emotionally prepared to act decisively and win the fight. This usually means hurting the opponent. Beware of unwarranted mercy or concern for the person who is trying to hurt you. If you hesitate in a fight, or “pull your punches,” you may give your opponent the opportunity to beat you. Once you are committed to an attack, there is no room for regret or changing your mind. is doesn’t mean that you must be brutal or cruel, but it does mean that you must be determined to win and must act decisively.

In a fight, your spirit must be kept high. This is especially important in taijiquan. When your spirit is raised, your qi will be full and stimulated, and consequently, your jing will be strong. A high spirit will also enhance your bravery.

Your thought, movement, and techniques must be agile. When they are agile they are fast and alive, and your opponent has a harder time figuring out what technique and strategy you are going to use.

Even if you are brave, you must also be cautious. This is why, when you fight, you need to have a calm mind to judge the situation. Like playing chess, one wrong step might lose the whole fight.

The ability to overwhelm the opponent is built upon your confidence. As in playing chess, always make your opponent feel that he is passive and under your control. Make him feel when he advances that the distance is becoming longer and longer, and when he retreats that the distance between you is becoming shorter and shorter and his situation ever-more urgent. You are the one controlling the entire fighting situation. You are the master. If you have this feeling, you have already won the fight.

Finally, there is something else that a good taijiquan fighter should have, and that is morality.

The above is an excerpt from Tai Chi Chuan Martial Applications—Advanced Yang Style by Dr. Yang, Jwing-Ming.