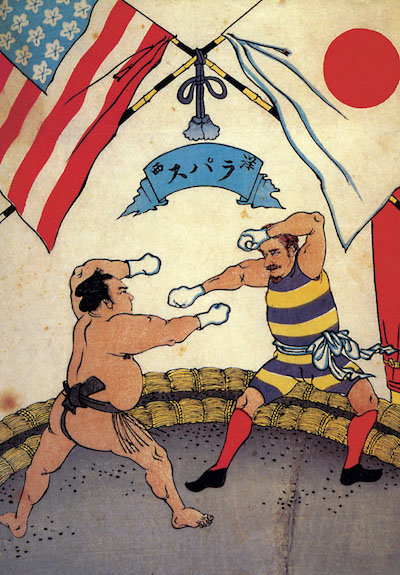 In Malcolm Gladwell's very popular book David and Goliath: Underdogs, Misfits, and the Art of Battling Giants, the author deeply explores the lessons behind the three-thousand-year-old Biblical story of how the small young David defeated the giant warrior Goliath.

In Malcolm Gladwell's very popular book David and Goliath: Underdogs, Misfits, and the Art of Battling Giants, the author deeply explores the lessons behind the three-thousand-year-old Biblical story of how the small young David defeated the giant warrior Goliath. It can be seen from different angles and applied in current times. According to Gladwell, the David and Goliath metaphor for improbable victory is completely incorrect. When faced with an obstacle are your strengths really strengths and weaknesses really weaknesses? The author demonstrates how we misinterpret the real meaning of advantage and disadvantage. From a combative perspective a larger opponent's strengths can be his biggest weaknesses. Larger opponents tend to be less mobile and better targets for the smaller opponent to exploit. Too much of a "good thing" can be a weakness.

In S.K. Uyenishi's book The Text-Book of Ju-Jutsu as practiced in Japan, the author describes jujutsu as the study of soft principles. Soft principles such as leverage and balance are the opposite of hard principles of strength and force (Uyenishi, 1997: 3.) From this description you can see that jujutsu is designed to help the weak defeat the strong. When jujutsu was first introduced to the West, its techniques were many times called tricks. The weaker jujutsu fighter essentially out-smarts his larger opponent, brains over brawn. The functionality of jujutsu is widely displayed in modern MMA competition, where takedowns, ground positions, and submissions are routinely used to defeat larger, stronger opponents. Sumo also applies these soft principles of leverage and balance to help small rikishi defeat much larger rikishi. By going back in time to the root of jujutsu, sumo, you can uncover gems that can be of much value to all martial artists.

Movement, balance and leverage play a vital role in sumo takedowns. Mainoumi and Terao are smaller rikishi who have used their nimble movement to avoid the direct onslaught of much larger rikishi and to employ their own takedowns. Balance is crucial as it keeps you from being taken down easily and breaking your opponent's balance dramatically helps you to take them down. Leverage is important when the final action of the takedown is executed.
For instance, for the sumo kimarite hip throw (koshinage) to be effective your hips are thrust against the front of your opponent's hips, so they become a fulcrum for the throw. This enables you to possibly throw someone two times your size. Mainoumi's preference for leg tripping techniques are a very effective way of toppling a much larger opponent. This is similar to the idea of chopping down a huge tree at its base to make it fall. Lever his leg out from under your opponent and let gravity do the rest. As seen earlier, the younger off-shoots of sumo, jujutsu and judo utilize these three concepts of movement, balance and leverage to help them successfully engage larger opponents as well.

The smaller weaker martial artists were forced to devise technical ways to defeat larger, stronger opponents. That is the way martial arts systems such as jujutsu were created over the centuries. The smaller weaker martial artist ultimately used his weakness as a strength. As stated in The Gracie Way by Kid Peligro, in the early origins of BJJ Helio Gracie, because of his frail body, was forced to refine the techniques and tactics of Jiu-Jitsu even more "by experimenting with different leverages and adjustments", so they were more efficient to suit his body (Peligro, 2003: 15-17.) Because of his frail body he compensated by using his intellect. Without the innovative genius of Helio Gracie, the formidable martial art Brazilian Jiu-Jitsu as we know it today would not exist.

From a sumo perspective, the popular and successful tiny rikishi Mainoumi used his weakness, being small, to his advantage. This forced him to employ up to thirty-three types of kimarite in his wrestling days, earning him his distinctive nickname, "department store of techniques." A smaller rikishi usually has a belt grabbing style of wrestling, which is a learned technical skill. This belt grabbing or clinching style many times neutralizes the usual power and speed-based pushing style used by larger rikishi. Just as in MMA, the clinch stops much of your opponent's striking ability.

Gladwell's book showed that by fighting unconventionally, not according to your opponent's rules, a small fighter greatly increases his chances of beating a giant. To paraphrase master grappler Gene LeBell: to do something illegal in a fighter's game, something he doesn't know, is the best way to beat any fighter. Underdog tactics are not easy. You have to dig deep, be tough and use your wits.

A classic example of this is when Royce Gracie, a small BJJ fighter, submitted a much larger and stronger Western wrestler, Dan Severn, from the bottom guard position with a triangle choke in an early on UFC fight. What the submission grappler's techniques and tactics did was hide their weaknesses, striking and takedowns. To be a proficient submission grappler is a hard-won skill. Underdog tactics are not easy.

Now MMA fighters have evolved to become even more complete fighters. A "sprawl and brawl" fighter can thwart takedowns better than a one-dimensional striker, making the "ground and pound" and submission fighter's job of getting the fight to ground much more difficult. With Lyoto Machida's use of sumo in MMA as a "sprawl and brawl" fighter, he has neutralized many a fighter's ground game. Western wrestlers in MMA have learned to strike when on their feet and on the ground. This makes the submission fighter's job more difficult as avoiding heavy strikes from the bottom in the guard from a large wrestler is not easy. Now the submission grappler has adapted as well by including more striking and takedowns into their training.

Many top MMA fighters today are such well-rounded complete fighters that there is a blurry line as to what type of the three basic fighter categories they fall into. Now with this more complex field of fighters, the clinch phase is even more critical. The clinch phase is the hinge that connects the two other phases together. Proficiency in the clinch gives you the huge advantage of dictating where the fight will lead: to the ground or standing on your feet. The clinch phase for many is a neglected skill set. Martial arts systems such as sumo, which when enhances your clinch phase skills, are even more important to know to be both competitive in MMA and effective in self-defense.

What Gladwell convincingly argues is that the attributes that we perceive as strengths, size and strength for example, may well be ultimately weaknesses, while attributes that we perceive as weaknesses, small and weak for instance, may well be really strengths. What happens when we misinterpret our advantages or disadvantages? We don't make the right decisions. In MMA that could mean getting knocked out or submitted. The truth is found in training and competition. The more experience you have the better your decisions will be.

Fighting spirit is not necessarily a matter of physical size, but rather psychological attitude. Often, it is not the biggest, strongest or fastest who is victorious in the end, but the one who doesn't give up.

The above is an excerpt from Sumo for Mixed Martial Arts: Winning Cinches, Takedowns, and Tactics by Andrew Zerling.