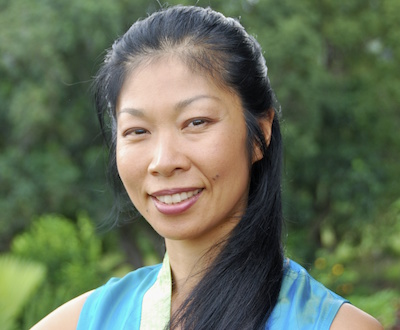 This article is being reposted to reintroduce Daisy Lee, one of YMAA's newest authors. Daisy Lee is the disciple of the 58th generation lineage holder, Master Wang San Hua, descendent of Hua Tuo, originator of the root form of medical qigong, Five Animal Qigong (五禽戲) from Bo Zhou, China.

Editor’s Note: This article is being reposted to reintroduce Daisy Lee, one of YMAA's newest authors.

Daisy Lee and her partner Sifu Francisco Mena from Spain are the disciples of the 58th generation lineage holder, Master Wang San Hua, descendent of Hua Tuo, originator of the root form of medical qigong, Five Animal Qigong (五禽戲) from Bo Zhou, China. Daisy has been studying qigong from her master teachers in China, Tibet and the West since 1995.

"The gift of qigong is how simple it is. So, whether someone is three years old or 103 (actually my teacher is 102), they can do qigong. When we do qigong, we go back to the fundamentals, such as the breathing. The breath is often slow, long, and gentle," said Daisy Lee. "So, if you can just do the breathing and nothing else in qigong, you'll have moments or hopefully stretches of clarity and relaxation—that inner peace most people seek in the busyness of life."

Daisy Lee has been a keynote speaker at qigong conferences and events, as well as a special guest teacher at Johns Hopkins Hospital, Mount Sinai Hospital, Women's College Hospital, and teaches at schools, hospices, and martial arts gyms. She is the Qigong Ambassador for "Team Inspiration," a nonprofit organization that empowers individuals living with cancer by providing exercise and wellness programs to improve the patient's physical, mental, and spiritual quality of life. Her award-winning qigong DVDs have aired on Gaiam TV, PBS TV and Fit TV. Daisy takes qigong enthusiasts to study in China, Thailand and in Spain where she resides part-time.

She is the founder of Radiant Lotus Women's Qigong (RLWQ), a self-care system of qigong taught by women for women. RLWQ draws upon the wisdom of women's qigong practices from China, Tibet and the West. Her system combines these countries most effective practices to support women in addressing health concerns unique to the female gender such as fibrocystic breast disease, tumors, cysts, problem menstrual cycles, menopause symptoms such as hot flashes, decreased bone density and more.

There are over 10,000 qigong forms, yet less than a dozen commonly-known are devoted specifically to women's health, making Radiant Lotus a rare and precious system that incorporates women's mental, emotional and spiritual well-being as a priority. Radiant Lotus is now taught in 13 countries and growing, including the United States, Canada, Australia, Europe and Costa Rica.

Daisy teaches certifications for both men and women in Organ Cleansing Qigong and does Qigong Health Readings for private clients. Mt. Sinai, John Hopkins and the Women's College Hospital, are just a few of the hospitals who have invited Daisy to teach her system, bringing healing and support to patients and medical staff alike.

Between 2007 and 2009, Daisy was invited by Professor Lida Feng, Head of Immunology in Beijing, to become the United States board member of the International Qigong Science Federation after her participation in the first Health, Beauty and Longevity (Qigong) Conference in Beijing. Daisy spoke on the widespread interest of qigong in hospitals, schools and healing centers in the West, encouraging China to embrace this ancient art again after the politics of Falun Gong created suppression of qigong throughout China.

In 2016, Daisy began co-teaching an advanced Level 2 RLWQ program with veteran midwife Terri Nash. They continue to collaborate on qigong programs that include cancer prevention and their "Half the Sky Women's Health and Empowerment" workshops.

Daisy will soon be one of a handful of teachers with Level IV certification by The National Qigong Association (NQA) in 2018, which requires 10 years of teaching teachers. Daisy specializes in Radiant Lotus Women's Qigong (women only) as well as other co-ed systems of qigong such as Five Animal Qigong, Wuji Hundun Qigong, Organ Cleansing Qigong, and Qigong for Stress Relief. She tailors programs to suit unique environments such as the deaf community, cancer patients, war veterans with Post-Traumatic Stress Disorder (PTSD,) those who are mobility-challenged, as well as athletes, martial artists, and those seeking stress relief such as students and corporate executives.

Daisy is an NQA-certified clinical qigong practitioner and medical intuit who does private health readings for people and animals, empowering both the two-legged and four-legged to have radiant health using a combination of qigong techniques, nutritional recommendations, and integrative approaches that support whole-body health and healing. Her clients include a NASA engineer, war veterans, those with cancer, diabetes, allergies, PTSD, depression, and all those seeking complementary approaches to self-care and recovery from illness and disease.

Daisy now lives in Spain with partner Francisco Mena. They lead qigong study retreats to Spain and China, inspiring people from all walks of life to explore the art of living a radiant qigong life. To learn more about Daisy Lee and her work, please visit her web site. 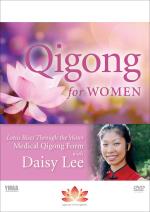 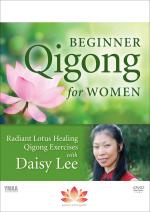 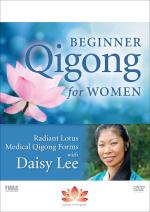