Helen Liang's Triumph Over Tragedy: Healing Cancer with Tai Chi, Qigong, and Chinese Medicine Part 2 | YMAA
Skip to main content
FREE Shipping Order Over $70. (US Only, Conditions apply)    |   Up to 20% Off. Exclusions apply. 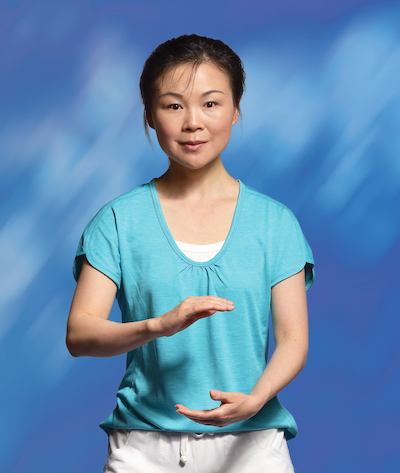 After a profound year of meditation, qigong, and internal martial arts, Helen's hair had grown back. Still frail, the experience only seemed to make her beauty all the more ethereal. It was then 1997, and promoter Jeff Bolt was having a groundbreaking event in Orlando, a pay-per-view sanshou fight coupled with a live demonstration performance featuring the top martial arts talent of North America.

Part Two: For All the World to See

After a profound year of meditation, qigong, and internal martial arts, Helen's hair had grown back. Still frail, the experience only seemed to make her beauty all the more ethereal. It was then 1997, and promoter Jeff Bolt was having a groundbreaking event in Orlando, a pay-per-view sanshou fight coupled with a live demonstration performance featuring the top martial arts talent of North America. It would be the first broadcast of its kind, and was much anticipated by the entire American martial arts community.

Liang Shou-yu was one of the top stars, and Helen was invited to perform as well. She had not performed in a long time. Her body was still weak, and she was tentative about performing the Water-style form in its entirety. Again, it was her father who pushed her forward, nurturing her, encouraging her. She found the will and the strength and the courage to get on the stage, and by the end of the night she was the star of the show, coupled with a spiritual serenity which made her beloved by both the audience and her peers.

Helen's healing remained on strict schedule. "My mom brought three jars of Chinese herbal medicine to Orlando. My hair had grown back a little by then. Orlando was a good experience for me. It was the first time after I got sick that I actually did the whole Liu He Ba Fa. I tried my best to do that. It was very tiring but it was good."

The Orlando event was an important milestone in her recovery, giving a much needed psychological and emotional boost to Helen, for not only was the physical wasting of lymphoma devastating to her body, but the mental trauma was also something difficult to conquer. Returning to the hospital that had both failed and given up on her was a hard road to retrace. "For a long period of time," she says, "I was afraid of going back to the hospital. I had very bad feelings as soon as I'd go in. My dad knows that. He'd say, go in, take it lightly, it doesn't matter if it's the hospital, park, or here. Make sure you have that peace inside you, no matter where you are."

Her experience with the oncologist, from the beginning, had gone from bad to worse. He was not only final in his pronouncement that Helen's illness was terminal, but he also openly scorned alternative medicine. "He told me nothing could be done. He couldn't accept the fact we did alternative medicine, and called my doctor bad names. After chemo and fever for so many weeks my body was all bones, I couldn't move, I was lying in bed. He saw where I was giving myself injections, and was furious that I'd gone to that other doctor. Later on that oncologist also did terrible things to my family doctor, and tried to bring him to court."

"But my family doctor stayed by my side, and the Chinese doctor too. I refused to go back to the oncologist. Since I left the hospital I've had no contact with him. Half a year later he called me once. My impression was that he called to see if I was still around! I heard later he was in disbelief. I never called him back. And refused to go back to the hospital to have him check me."

They say if you can last the first five years after cancer, your survival rate is good. Even as the clock ticked away, Helen didn't count time quantitatively, but qualitatively, living each moment, each day to its fullest. She has never gone back to be checked for the lymphoma. "I don't think I ever got a confirmation," she says. "If I feel good, I feel good. I don't want to hear them say anything. Let it be. If I feel sick, I'll go to a doctor. I just want to feel normal. Of course this is a very special situation, and rarely anyone has one like it. My type of lymphoma was an extremely aggressive one. A rare type."

A careful regimen of continued meditation, qigong and martial arts practice continues to keep Helen healthy, though her immune system remains delicate and vulnerable. She still gets sick more than most people, and has to be careful about her health. But most of all, she realizes you can't take anything for granted. "My illness was an amazing growing up experience, even though I suffered so much growing up at that age. I had these youthful dreams and then it hits you all of a sudden the world stops for so many years."

"After all, you come to realize how much people care. I owe my parents so much. They love us so much. I couldn't believe how much energy they put in, and love. Also, I was fortunate to have friends and my parents' friends who were very good to me and there to care for me. So to me, I always treasure friendship, and material stuff is not important. I don't talk about what they have done, but I always remember. I keep it inside me."

Martial arts and the Way

Now years later, Helen still practices every day, and teaches at her father's school in Vancouver. "It is an inseparable part of my life," she says. "I've been practicing since I was a little child. When I needed it so much it helped me. Before I loved it as an art, a very complete art. If you love something you find it always completes your life. When your younger external styles seem more exciting, and they're beautiful, they have strength, require stamina, they train your will. I still love that, but now I do more internal martial arts. When I'm in an internal mode, I can find myself more, with that meditation kind of feeling.

People say Helen, you look gentle, but you have strength and power. Later on I came to realize, yes, I am like that and even if I'm not, I'd like to be. As it says in the Tao Te Ching,

Under heaven nothing is more soft and yielding than water. Yet for attacking the solid and strong, nothing is better; it has no equal. (verse 78)

"I love that passage. Water yields and receives. It has no edge, no shapes, no limits. It can absorb, and erode firmness. It can absorb and be powerful. This idea ties in so much to my life philosophy, and Water Style itself. Water can appear very gentle and beautiful, but so powerful, have so much strength and be so receptive."

"The Tao Te Ching also discusses that to have is to not have, not to have is to have. That kind of paradox, I feel very linked to that. To be simple, really, if you can find the peace. Always bringing your peace with you. Simplicity. Harmony. Everything I talked about, eventually it's going towards harmony. With yourself, people around you, harmony with nature. I strive very hard for that. The ideas are so deep, and I feel I'm at the very beginning here. I feel it will take me a lifetime, to always learn from this.

There's speed in the form and slow parts. It's so much like human life. Sometimes you work, work, work and then you need to rest. Conserve your (Qi) energy. Use it and apply it when it's the right time. When you don't need it, don't use it. That's how I see life as well."

Here is a video about Master Helen Liang's cancer journey.

Outwardly there remains no sign of the ravaging illness that nearly extinguished Helen Liang's life. Her delicate beauty is deepened by the experience in her eyes, and by a calm that emanates from her person. And yet, between moments of calm and reflection internal (Qi) energy also fuels a power you can see in her practice and her quiet passion for living.

"More and more I try to find something that is beneficial from the simplest thing, an everyday occurrence that's happening around me. I try to take that experience with me, make it something I can learn from. Innately that ability was always there, but I never had a chance to bring it out, to contemplate it fully. My experience with illness really magnified it. Now it's up to me to explore."

Today, Helen continues to teach Tai Chi, Qigong and martial arts at her father's school. "I think Tai Chi and Qigong will always be an inseparable part of my life," she says. "Of course there's a lot more I need to explore and learn. I want my children to learn. There are a lot of expectations for my family. Family is important to me. Family in harmony is important. I'd like to train, teach, and ever influence my children in the future. And students too. I'd really like to have my skill in Tai Chi and Qigong, and my experience, influence people in a positive way…By understanding, and practicing, learning how that builds up strength, it may enable people to even reach enlightenment."

Both the Buddhism and the Taoism that inspire the qigong that helped to vanquish Helen's illness place an emphasis on balance. Balance between acceptance and empowerment, between human will and the Tao of the universe.

"If I have a piece of advice," she says, "it would be to learn acceptance. If you have an illness, accept the fact that you are sick. I was in denial, but when I made the decision not to go for bone marrow I accepted the reality. Accept it as something normal, not sad or tragic. This is happening to me, what can I do? Accept different things, different people. Tolerance is very important. Become more adaptable. That way you never lose your center.

"Events happen in life; one links to another, fate, chance. Everything happens for a reason. I can't say exactly what the reason is. But because of the things that happened to me I think I'm in a much deeper state now. Otherwise, it would take me another 30 years to realize. So I feel grateful. It puts things in so much more perspective."

The above is an interview with Helen Liang by Martha Burr (Edited 2016) "© KungFuMagazine.com. Reposted by permission."