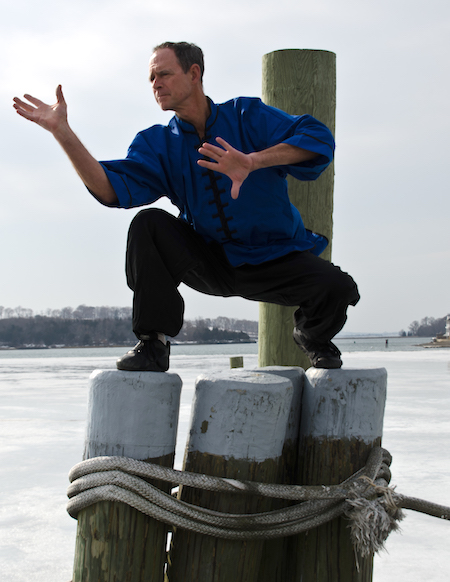 "Trust" is a fascinating concept. Its presence, its absence, or its antithesis have shaped human history on its grandest scales as well as at every increment of human interaction.

"Trust" is a fascinating concept. Its presence, its absence, or its antithesis have shaped human history on its grandest scales as well as at every increment of human interaction.

Common usage suggests that most people think of trust in a binary fashion, as if one either has trust or distrust, i.e. a two-tier concept. In so doing they neglect to distinguish between distrust and the mere absence of trust, which is something altogether different. Consequently, there's a great deal of ambiguity as regards the concept of trust/distrust. I believe this makes for an unfortunate example of where we as a culture have gotten sloppy with our language, and by extension with our thinking and our value assignments. In this article I intend to present a convincing argument as to why our basic concept of trust should include three tiers of meaning, instead of just two. Once I've done that I will explain why these semantic distinctions are both relevant and important to tai chi enthusiasts.

When it comes to ascribing trust to some person or entity you have three basic choices. You either trust someone, you don't trust someone, or you actively assign that someone your distrust. That pretty much covers all of humanity, the great bulk of whom fall into the middle category. Contrary to popular usage, trusting and not trusting are neither opposite nor contrary states. Saying you trust someone carries an unambiguous, if not necessarily all-inclusive meaning. Not trusting someone, however, carries essentially the same meaning as saying you don't dis-trust that person. Both phrases - not trusting and not distrusting - represent completely neutral non-positions. For you to say, "I don't trust person entity "A" simply means that you have not yet made an assignment regarding "A's" trustworthiness. Until you have made a determination of trustworthiness "A" has neither your trust nor your distrust, leaving you neutral. The real opposite of trust is distrust, also unambiguous, if equally non-all-nclusive in its meaning.

Trust and distrust are both learned responses. Both states therefore entail a degree of emotional or cognitive investment. Either state represents a determination based either on direct experience or, all too often, simply on whatever impression or presumption you have of "A". Your assignment of trust or distrust may also depend to some degree on your propensity to be generally trusting or generally distrusting of other people.

If this article gets you thinking, and should you notice yourself on reflection to be invested in a general default tendency of trust or distrust, you may conclude that you are at risk of being stuck in a way of thinking or believing that could actually be unwarranted. This is a nice way of suggesting that you may suffer from bias. If you do hold assumptions or impressions that turn out to be based on false or misleading information you are, in fact, biased. Most people, at least unconsciously, do hold certain biases. Then—and this is the important part—if you do become aware that you hold any sort of bias you may agree that you have a moral obligation to explore and reassess your feelings and beliefs around said bias.

Without a direct experience of some person or group you really have very little rational basis for assigning them either your trust or your distrust. Therefore, you should neither trust them nor distrust them until presented with adequate information to make an informed assignment.

Now, as to why these distinctions and the possible bias associated with them are important to "tai chi'ers," trust is an essential element in the tai chi learning process. Among other things, trust engenders equanimity, also requisite by my way of thinking to advanced level tai chi. There is an emotional/cognitive expense that inevitably accompanies feelings of distrust, and unnecessarily so when your distrust is falsely or mistakenly assigned. Of course, well-placed distrust can be important to your safety and wellbeing. Even so, and regardless of its merit, distrust causes you to feel uncomfortable and to be wary, and perhaps even vigilant, with an ensuing heightened sympathetic arousal. This is antithetical to tai chi as chronic sympathetic arousal both contradicts and precludes your own personal equanimity. Trust, on the other hand, allows you to relax into feelings of relative safety and security, and happier Tai Chi.

Naturally, it is helpful to trust your teacher, as well as your fellow students. However, the most important person for you to trust is yourself. If your idea of trust is binary you either trust yourself or you distrust (aspects of) yourself. This can predispose you to bias—yes, about yourself. Keeping in mind that the definition of bias is "a preconceived opinion that is not based on reason or actual experience" self-bias clouds your judgment and doesn't leave you much middle ground to advocate for yourself in implementing positive change. The middle ground, meaning your more neutral aspects between the extremes of trust/distrust, is actually quite important because one of your goals in tai chi is to improve and increase the degree of trust you have in yourself as evidenced by self-efficacy, equanimity, surety of movement, personal congruence, and overall skill level.

As a tai chi enthusiast it is in your best interest to cultivate and transform whatever intrapersonal regard you have for yourself, including both your mental and physical aspects, increasingly into your own personal realm of trust. It will be much easier to recruit into your realm of trust aspects of yourself that you actually feel more neutral about as compared to converting aspects of yourself that you distrust or hold bias against—aspects that you feel may somehow put you at odds with yourself. By explicitly adopting the belief that there is a vast middle ground about yourself that you simply have not yet learned to trust, versus an equally vast ground that you actively distrust, you will open yourself up to the possibility of more expedient and more enduring personal change and growth. The vaster you recognize your middle ground to be (free of misplaced distrust) the more likely your personal transformation process can evolve free of hindrance.

As a tai chi enthusiast your ability to convert neutral aspects of yourself into qualities or virtues that you recognize as being genuinely trustworthy can empower you to become a true master in the making.