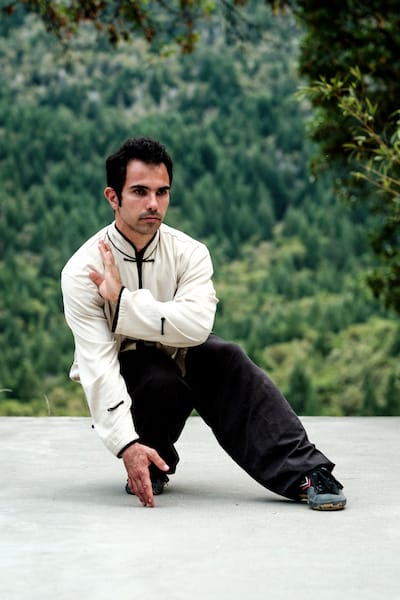 In Chinese qigong society, it is believed that human beings are made of a physical body and an energetic body. The energetic body is subdivided into three parts: the spirit (shen,) the wisdom mind (yi,) and the emotional mind (xin).

If we look at the philosophical concept of Gnosticism, we find in it some concepts in common with qigong. In Gnosticism, it’s believed that the physical universe has a spirit, a mind and a soul as well as all the physical beings living in it. Hereafter, for the purpose of this article, the terms spirit, mind and body are used to refer only to human beings.

I believe that the physical universe is meant for the spirit to experience life in the world, so the spirit can grow its awareness and bring the acquired knowledge back to its source, the “spirit of the universe.” Physical life can be thought of as a school for the spirit. In order to graduate from this school, the spirit needs to succeed in all the grades that are set before the final graduation. The graduation corresponds to the re-unification with the “spirit of the universe.” The different grades the spirits has to go through are the metaphorical representation of the life experiences that it needs to successfully accomplish through multiple reincarnations.

The soul is an intermediary entity which acts like a medium between the spirit and the physical body so the spirit can manifest itself in the world through the body. The purpose of the soul, then, is to allow the manifestation of the will of the spirit into the physical reality.

The soul could be thought of as an entity with a will of its own and which responds to different stimulus and influences, but always connected to the spirit as its main source. When the soul receives the influences from its source, then the wisdom mind (yi) arises. However, since the soul acts as an intermediary between the spirit and the material world, the soul is influenced by the physical reality, too, through feedback from the interactions of the body with the mundane world. Through this influence, the soul could become disoriented and confused since the mundane environment doesn’t belong to its true nature. This confusion leads the soul to lose track of its original roots and purpose.

Subsequently, the soul develops a survival instinct to preserve itself in what it per-ceives as an alien and hostile world. This process leads to the formation of what is commonly known as the ego. This ego can be thought of as a mask that the soul uses to hide its true nature from the world to protect itself. The longer the soul wears this mask the more the soul ends up believing that the mask represents its real identity. This new identity is the emotional mind (xin). At this point, the soul is like a prisoner in an ego-shaped reality and forgets its original mission to be a means for the spirit to accomplish its experience of the world in order to re-unite with the spirit of the uni-verse.

The ego is formed in the first years after we are born through family and social condi-tioning and education. It relates to our survival instinct and self-preservation mecha-nism. The ego is, likewise, preoccupied with physical matters and is inherently “sur-vivalistic” and self-serving. By default, it behaves as a self-serving predator.

The key to spiritual development, then, is the soul’s liberation from the ego so the soul can remember its original purpose of manifesting the spirit in its human exist-ence and allowing the spirit to keep evolving without interference from the mundane world. However, the soul needs guidance in this liberation process. This assistance is provided from the spirit through the wisdom mind (yi). Metaphorically, this “re-calling process” is like a journey. In order to return home, the soul is provided of a car, which represents the physical body. The soul represents the passenger in the car, the wisdom mind represents the driver, and the spirit is the Global Positioning Sys-tem (GPS.) The places where the soul has to travel through in its journey represent the life events that are set from the spirit to remind the soul that it’s getting close to home.

In my case, my soul’s journey is represented by Chinese martial arts. Martial arts influence my soul by feeding my emotional mind unceasingly.

I trace back the birth of my emotional mind to various traumas I experienced in my childhood-relationship conflicts with my siblings, parents, and to bullying episodes in high school. I still carry inside me the painful memory of words like “stupid,” “dumb,” or “crap,” which turned those past days into a living nightmare. These words made me grow up with a lack of self-esteem and confidence, which grew into a sense of feeling powerless and weak. These feelings triggered in me an emotional response based on anger and fear and became the framework of my emotional mind.

In the early years of my gong fu practice, the more I trained, the more I felt that this art was the answer to my weaknesses and inner fears. It was to the point where my self-esteem and confidence started relying mainly on my results and scores in this discipline. I’ve ended up believing that martial arts define me as a human being, giv-ing me a purpose and my life value. Eventually, I came to the conclusion that, with-out gong fu, I would have felt lost and weak again. In reality, I was too inexperienced to see the inner battle against my ego that martial arts were going to bring to me soon. In fact, the real power of practicing martial arts doesn’t rely on how deadly they could make me, but instead on highlighting my physical limits. When I look at my physical limits through the eyes of my ego, then I realize that I’m not as strong, or tough, or mighty as I’ve always wanted to be. My self-esteem and confidence col-lapse. I feel that I have failed and not worthy of living; I feel useless. Anger and fear are the natural outcome of those feelings. For example, when I spar and I believe that I’m getting hit a lot, I feel overwhelmed and hopeless, so fear arises. I also feel stupid because it seems I cannot think of a solution to that problem, and feeling scared and stupid feeds my anger, too, because it drives me back to my past traumas, to the days when I was told I was stupid and not good. The anger and the fear, then, keep feeding my ego in an infinite loop without any apparent escape route or relief.

In reality, though, the exit from this loop exists, but the only way to find it is to ac-cept, comprehend and finally embrace my limits. By accepting my limitations, I will stop feeding my ego, to the point where, hopefully, this will start to dissolve and my soul will be free to go back to its roots. The key to accepting my limits is to let go of all the judgements about what’s good or bad in me, and just enjoy the fact that I move, breathe, live. It’s a letting go of the character I’ve been playing for 34 years to protect myself from a society where “being weak”, or “stupid” is not a trend, whereas being “cool” and “strong” is the main trend.

In reality, during those 34 years, my spirit has unceasingly sent me hints as opportu-nities to learn to accept my personal limitations and still feel whole and accom-plished. My ability to understand those hints has determined how much progress I’ve made in my journey so far. I believe that all the tough moments I’ve experienced in my early youth were part of the early stages of my soul’s journey.

Today’s stage is represented by the YMAA Retreat Center and I believe that the choice to come here to train was spirit driven. I believe that my wisdom mind has made my soul receive the spirit’s will to let me see the big opportunity that being here had to offer. In fact, training and living at the Center is allowing me to see that there’s nothing to be angry or scared about. In reality, anger and fear are just illu-sions, since they don’t belong to the soul’s true nature.

Now that I see this truth, I know that the next stage of my journey will be to embrace this truth fully and completely.

A drop of wisdom

As a kid I grew up watching a lot of martial arts movies. One of my favorite was the Karate Kid. There are some lines from the movie that I’d like to share. To me, these lines represent the essence of my Martial Arts journey into my Spiritual development:

Daniel: “Hey, what kind of belt do you have?”

Miyagi: “In Okinawa, belt mean no need rope to hold up pants.” [laughs; then, seri-ously]

Enrico Tomei has been studying Traditional Chinese Martial Arts including Hung Gar, Wing Chun, Taijiquan and Qigong since he was 15 in his hometown in Italy. In 2005, Enrico met Dr. Yang, Jwing-Ming at one of his taijiquan seminars in Naples. With the will to better understand the true meaning of this ancient art, he joined the first 5-year program at the YMAA Retreat Center in 2013. By the end of the same year, Enrico started to offer seminars in Shaolin, Taijiquan and Qigong in Italy.

His ultimate goal is to become a proficient Chinese martial arts practitioner and teacher to help people improve their own lives.