The Spirit of the Warrior | YMAA
Skip to main content
Free Shipping (US Only, Conditions apply) on orders $75 or more - We are shipping as normally without delays.

Home >> Articles >> The Spirit of the Warrior 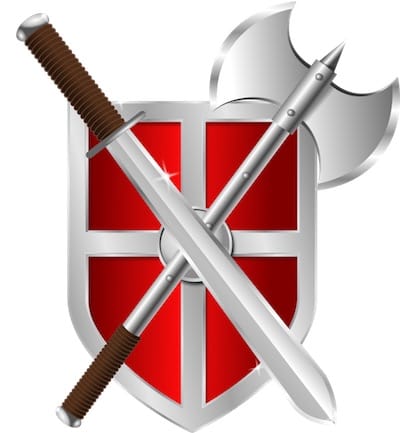 The Spirit of the Warrior

The spirit of the warrior touches many across time and place. It is not exclusive to those professionals who devote their lives to it. It touches the mother who, with blinding ferocity, protects a child against danger. It touches the young man who blazes like a flame and charges forward when an armed terrorist storms onto the train that carries him.

And what of those who meet not a moment but all moments as warriors, not by force of circumstance but by choice, under solemn oath, as the sum total of their professional being? To explore the meaning of this choice, of this oath, of this sum total of being across all moments will be our theme here—with no slight intended to the brave souls who answer with a will of stone when circumstance calls out.

The spirit of the warrior is not exclusive to those professionals who devote their lives to it. But it does find its most consistent expression in them. This compass will shape our journey in what follows.

Society makes a peculiar offer to its citizenry: we have a job, if you want it. Here it is.

This is for the few who answer yes.

The What of the Warrior

Fate whispers to the warrior, "You cannot withstand the storm," and the warrior whispers back, "I am the storm."—Unknown

Is it war, then, that makes the warrior?

Does fighting in a war, then, make the warrior?

From the massive armies of ancient Persia and China to the trimmer forces of France and England centuries later, history finds militaries composed largely of conscripts and slaves compelled to fight at the point of a spear or the muzzle of a gun in an endless procession of predation to extend the imperium of tyrants. Many of those so compelled were brave and skilled fighters, but, had they a choice, they would have elected a different path for themselves. Some embraced their fate. Some volunteered to test their mettle or defend what they believed. They may have been warriors. But those forced to fight in the schemes of tyrants are not warriors. They do not fight by choice for a cause embraced as just.

The long history of warfare, moreover, often stumbles into malignancy unconnected to battle proper. Perhaps the crudeness of conscription feeds the malignancy. In any event, defeating an enemy often meant (and, sadly, means still) raping, pillaging, and plundering. Brutalizing a defeated village is thuggery. Those who do it may be fighters in a war. But fighters, brawlers, and brutes are not warriors. Fighting in a war does not make a warrior.

The trendy cant braying about the "ethical warrior" is therefore a redundancy. It confuses the warrior with one who fights in a war. Nobility was always the pride and mark of the warrior. The soldier, the cop, the freedom fighter must earn the name. It is not bestowed by status or appointment.

DANIEL MODELL served for twenty years in the New York City Police Department across a range of patrol commands in several boroughs. Awarded some twenty medals and twice promoted during his tenure, he retired as a Lieutenant. He served as Coordinator of the Tactical Training Unit and as Training Coordinator of the Firearms and Tactics Section for the agency.