Winning Fights is Based on Principles—Not Techniques | YMAA
Skip to main content
FREE Shipping Order Over $70. (US Only, Conditions apply)    |   Up to 20% Off. Exclusions apply.

Home >> Articles >> Winning Fights is Based on Principles—Not Techniques 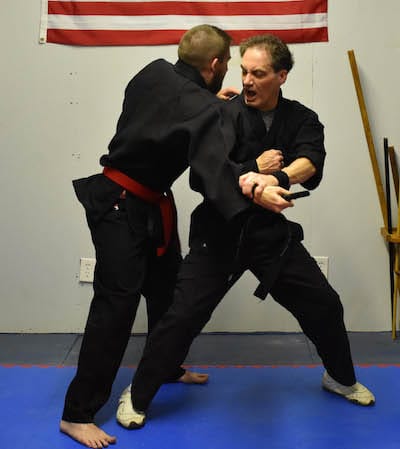 Winning Fights is Based on Principles—Not Techniques

Technique is important. But techniques change, adapt, and evolve. Principles are timeless. Bruce Lee recognized this truth, and advised to “absorb what is useful, discard what is useless and add what is specifically your own.” To Lee, there was no single superior style of fighting. He even referred to his methods as the “style of no style.”

Technique is important. But techniques change, adapt, and evolve. Principles are timeless. Bruce Lee recognized this truth, and advised to "absorb what is useful, discard what is useless and add what is specifically your own." To Lee, there was no single superior style of fighting. He even referred to his methods as the "style of no style."

All fighters face the same challenges. Whether just two people fighting in a ring for sport or two armies engaged in geopolitical conflict, a fight is a fight.

Eastern and Western military strategists throughout millennia have agreed on the principles that overcome the challenges faced during a fight, whether between individuals or nations. The basic principles for winning fights simply do not change and are like laws of nature ignored at one's peril. But the knowledge is often lost in the noise of literature or the static of techniques, tactics, and form. The average fighter then loses sight of these foundational principles, which are required to win and must be applied before any other strategy.

Winning fights, surviving conflict, and successfully engaging in combat rely on these principles. Specialized skill and technique are important, but it is foundational principles that win any fight regardless of scale or context. Basic principles are essentially laws that govern the success of survival from personal to global conflicts.

These same principles have many parallels and applications in life and business affairs. If these principles are understood and a warrior code is adhered to on a daily basis, the success of winning fights will spill over into successful peaceful routine activities as well. Societies would be more polite and fewer fights would be fought. Why is it important for a peaceful person to understand these principles? A classic Eastern saying is that, "It is better to be a warrior in a garden, than a gardener in a war."

Peace and violence are not mutually exclusive concepts. All warriors want peace. In fact, warriors who have seen violence especially want peace. But history has demonstrated that peace can be elusive. Preparing for conflict is the best way to ensure peace.

Knowing how to win a fight isn't in opposition to peace or love. It is a part of peace and love. If you want peace, then you must be willing to fight for it. You must be willing to defend the people you love. Warriors pray for peace but are willing to stand against evil in the world. Violent men with discipline are the only ones who stand between the world and evil.

This book is not about style. It is about concepts that are necessary for winning and are perilous to ignore, as evidenced by thousands of years of trial and error. It is the culmination of the work of the greatest martial strategists in history.

Martial artists have argued for centuries about which fighting style has the most effective techniques. Lee was the first modern-day martial artist to emphasize principle over technique, as principles of winning are timeless and are not confined by style. Winning is embodied by philosophy and strategy. This is why a work on principle rather than simply technique is important.

More than two thousand years ago (c. 5th century BCE), Chinese General Sun Tzu wrote one of the oldest known works concerning foundational principles for winning fights. The Art of War presented a time-tested philosophy for winning wars, managing conflict, and leading organizations. There are other ancient military texts similar to Sun Tzu's work, including The Book of Five Rings, by Miyamoto Musashi, Hagakure, by Yamamoto Tsunetomo, and On War, by Carl Van Clausewitz. Sun Tzu's work is the most prominent and earliest example, but all of these compositions echo similar principles, as truth is truth evidenced by similar themes for winning. Time, technology, and even context have had little impact on these principles, which have been echoed countless times in works spanning two thousand years.

Many of these early texts formed the foundation for modern military theory and have survived the test of time and conflict. They devote chapters to broad aspects of warfare and focus on principle, strategy, philosophy, and mind-set. So even these early texts on warfare agree on the foundational principles of winning fights regardless of the techniques or tools employed to win those fights.

Several years after the death of Bruce Lee, who popularized martial arts in the West, Lt. Col. Jeff Cooper, a former Marine who served in World War II and the Korean War, founded the American Pistol Institute (later called Gunsite Academy). While Bruce Lee was best known for his development of unarmed approaches to winning fights, Cooper taught the pragmatic use of firearms. Most shooting fundamentals can be traced back to the work of Cooper, who many consider to be the creator of modern-day handgun shooting techniques.

But like Bruce Lee, Cooper recognized the importance of principle over technique. He felt that neither weapons nor martial art skills were the most important means of surviving a lethal confrontation. To Cooper, the primary tool was mind-set. He articulated these basic principles often in his shooting lessons, just as Bruce Lee and Sun Tzu had done. These modern fighters reconfirmed that fighting principles were consistent and timeless.

On November 12, 1993, the first Ultimate Fighting Championship (UFC) aired from the McNichols Sports Arena in Denver, Colorado.  During those early fights there were no weight classes or judges. There also were only two rules: no biting and no eye gouging. Matches ended by submission, knockout, or one of the fighters' corners throwing in the towel. Gloves were permitted but mostly for the protection of the fighters' hands, not the other way around.

Royce Gracie won UFC 1, UFC 2, and UFC 4. He fought to a draw in UFC 5. Gracie popularized Brazilian jujutsu and almost always conquered much larger opponents. The Gracie brand of jujutsu had a significant impact on the UFC, which continued to grow and was soon followed by other successful organizations, such as Bellator. The principles of how a smaller fighter could successfully defeat a much larger opponent are at the heart of the Gracie system, which descended from ancient Japanese warriors. It was put on full display during these fights and subsequently changed Western thinking about how fights are won.

To pardon the pun, fighters are still grappling today with what will be successful in winning fights in a competition involving few rules. The ground fighting techniques of Gracie are now well known and practiced by many. The principles that successful fighters apply to their craft set them apart. Certainly, Gracie's techniques helped him to win fights, but the principles and mind-set that he employed were equally important. A fighter can't expect to enter a contest against a much larger opponent armed with technique alone.

These principles work on any scale and transcend fighting, and I believe they are now more important than ever. My father served in the U.S. Strategic Air Command during the Korean War. Their mission was one of deterrence, and its success is evidenced by the fact that we avoided nuclear war. It was a classic Sun Tzu strategy of subduing an enemy without fighting; a show of force can result in peace. Few appreciate the success of U.S. strength during the Cold War and the strategies that kept us safe. It's tough to appreciate avoiding a fight through strength because there is nothing to measure except the lack of a fight.

Let's face it, humans are a violent species. What's worse is that many enemies are not deterred by the possibility of a nuclear exchange and actually may have an apocalyptic mission. Some strategists think it is better to simply fight and win than to employ deterrence strategies against an enemy that has nothing to lose. Totally winning a fight is more important than ever in a world where nothing will deter the enemy. Winning is the only option.

Every fighter must understand the fundamental principles that are required for winning a fight if a fight is inevitable. These principles are universal and apply whether the conflict is on the battlefield or in a dark alley. Quite simply, they are the principles of war and apply to the modern-day warrior armed with the latest technology just as they did to a Samurai armed with a sword.

A fight is still a personal thing. Its sting hasn't dulled over time and the edge of the warriors' weapons is still intact. If anything, weapons have become sharper.

The above is an excerpt from Winning Fights: 12 Proven Principles for Winning on the Street, in the Ring, at Life by Dr. Phillip Stephens