Good People Who Want to be Better People Get Trained | YMAA
Skip to main content
FREE Shipping Order Over $70. (US Only, Conditions apply)    |   Up to 20% Off. Exclusions apply. 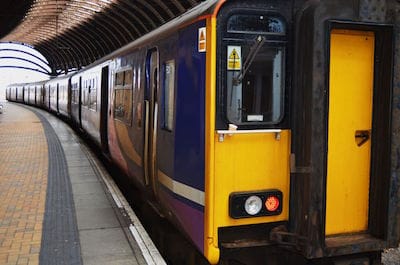 Good People Who Want to be Better People Get Trained

"I'm at Laughing Man Tavern in Washington, DC." This is the last tweet of Kevin Joseph Sutherland. It's dated July 3, 2015. In the early afternoon of July Fourth, Sutherland boards the Metro Red Line to meet friends downtown to watch fireworks. He is twenty-four, has recently graduated from American University, and has been hired as a digital strategist for a DC firm.

This is the last tweet of Kevin Joseph Sutherland. It's dated July 3, 2015.

In the early afternoon of July Fourth, Sutherland boards the Metro Red Line to meet friends downtown to watch fireworks. He is twenty-four, has recently graduated from American University, and has been hired as a digital strategist for a DC firm.

Just before 1 p.m. another passenger, eighteen-year-old Jasper Spires, tries to take Sutherland's cell phone. He resists. They tussle. And now it's a beating. Ten other passengers watch.

Spires pulls a pocketknife and stabs Sutherland more than forty times. He stomps him and kicks him. He dropkicks his head and even destroys the phone he originally tried to steal, smashing it against Kevin's face.

Spires then turns on the others and demands their money. One gives him $65, another $160. He gets off at the next stop. He throws away bloody clothing, the knife, and a book bag containing his ID, and skips past police, who are looking for him. Sutherland dies on the floor of car 3045. It's the first homicide in the transit system's four decades of existence.

Two days later Spires is arrested and charged with first-degree murder. A crucial piece of evidence: CCTV footage of Sutherland and Spires boarding at Rhode Island Avenue, where the train leaves at 12:46 p.m. It arrives at NoMa–Gallaudet, the very next stop, at 12:49. The attack, murder, and robberies took all of three minutes. *

When I was nine, Mom enrolled me in karate class. Growing up, I was a small kid and got smacked around some, especially at that age when even nice kids bully just to try it out. I remember my instructor wore a black uniform, so it was probably kempo I was learning, but when I was nine, "karate" was what I called all that stuff.

Twice a week during that summer, we gathered at the rec center in Riverside, Illinois, a quiet hamlet with twisty streets just southwest of Chicago. I don't remember my instructor's name. I do remember he was young and rocked a stache, just like my favorite TV private eye, Thomas Magnum, so I just assumed he had a closet full of Hawaiian shirts and drove a Ferrari.

Those classes stopped once the school year began. As of this writing, I have seen four decades in martial arts. That may seem like a long time. It's not.

By twenty-one I was prone to extremes. At five eight and a lean 150, I could dive roll over the roof of a hatchback—yes, the roof—break bricks with my hands and feet, and max a bench press of 320 pounds, more than twice my body weight. I was a teetotaler but smoked cigars like somebody bet I wouldn't. And I mouthed off. A lot. I liked brutal sparring and ultraviolent techniques. The Ultimate Fighting Championship (UFC) was just airing, and was my new favorite thing because it seemed to mash up cartoons and kung fu movies—two of my other favorite things. So when a Russian gongfu expert challenged me to a "match," I knew it was just code for "fight," and I put him down. And a few others

along the way. Usually, I was charming enough to get away with poor decisions. But not always, like the night a noise complaint landed me at the business end of Sheriffs' pistols.

I read a lot. Still do. I picked up books like this one, looking for insight. When I graduated from college, I moved to Japan to train and study. When I returned years later, I founded a school to keep training and studying. I earned a master's degree in philosophy. I was still searching. Still am.

Are you seeking ancient martial secrets? Here's one: you already know how to defend yourself. A qualified instructor can run you through the basics, but that can take all of ten minutes. After that the serious work begins to reactivate and refine the instincts we take for granted.

People come to the martial way for all kinds of reasons, some of them good, most of them not good enough. Others have watched too many action movies. A select few seek the supernatural, working hard to sound just like the gongfu master's master whenever they open their mouths, which is often, far too often. Deceit is at its worst when we believe our own lies, so avoid those who talk like Yoda and move like Jabba.

It took years for my own temperament to change, but that's not just my story; it's the life cycle of any serious martial artist. To break the mold of the form and enter the fray of the formless, where the real training takes place, you have to give up looking for answers. Only then can you do what must be done: ask better questions. You have to. Skills like exceptional punching and kicking only improves further once you understand and articulate an ethos for it. So you start with the question most avoid asking because they have a less-than-inspiring answer or, worse, none at all: Why?

Logic and reasoning can lead that inquiry. Other times a simple story convinces in a way argument cannot. Isn't clarity the point? In fact, clear thinking on big questions begets bigger ones, like resolving right from wrong, deciding action from obligation, and facing up to the musts, oughts, and shoulds. If we're going to use our bodies as weapons, and weapons as weapons, we'd better train our minds to discern wisdom from knowledge so we can act in the right way at the right time. Do this and avoid the worst possible fate, the one where we're too late to make any difference.

Do you agree with the following statement?

I cannot intervene to stop an attack on another person because I am not physically capable.

It's nonsense—claptrap, pretention to illicit approval, a ploy to con our higher sensibilities. To even think about responding to the terror that struck Kevin Sutherland on the DC Metro line that sunny July day can leave decent folks inert—an utterly normal response, by the way. But dread is hardly an excuse for inaction, since its answer is so predictable—it always favors inertness.

"Agitation and anxiety caused by the presence or imminence of danger"—this is the dictionary definition of fear. But why should danger cause us fear when we do dangerous stuff every day? We slam into each other in hard-charging sports, snapping bones and joints; we enjoy diets full of junk that satisfy but poison us; and, like Pollyanna, we naively turn the privacy of our lives over to the titans of the virtual—and any criminals paying attention—just to buck our anonymity with a megapixel shot of a sushi platter. Driving a car is by far one of the most dangerous things anyone can possibly do. Over a five-year

period, more than 25 percent of drivers will be involved in an accident—that's one out of four! If I had a one-out-of-four chance of being eaten by a shark, I wouldn't swim in a backyard pool. So, if danger doesn't scare us, what gives?

People fear death. People fear pain. But nothing causes fear like having to deal with conflict. Human conflict is by far the number one phobia of our species, and most folks will do just about anything to avoid it, including ignoring suffering, cries for mercy, even our own conscience pleading to lend aid. Why do you think there is such a divide in how we view, debate, and carry out our social contracts, cultural beliefs, and politics? It's because ambivalence toward traditional and time-honored mores is pandemic in this twenty-first century and the reason why is simple: most folks are terrified.

To save us, skepticism—the doubt that assails the search for truth—cozies up with soft words and bears gifts to transform our fear of conflict into a superficial strength. Some see this as compassionate tolerance and others a kind of civility—a way toward greater equality through the mantra "Different strokes for different folks" or "Live and let live." But it is hardly that. Its true self is masked, and underneath is one of man's oldest foes that holds contempt for the good, cynicism toward the joy of wonder, and a thick suspicion and distrust for truth itself. Its name is nihilism.

If nihilism were a person, he would be a supervillain living in a hollowed-out volcano with an army of ninjas waiting to die in his name. Nihilism may seem foreign, but it's quite domestic—all spoiled children, whether children or adults, are nihilists at some point, for it's the malady symptomatic of selfishness and its dearth of gratitude. The nihilistic ideal d