Home >> Articles >> The Way of the Warrior 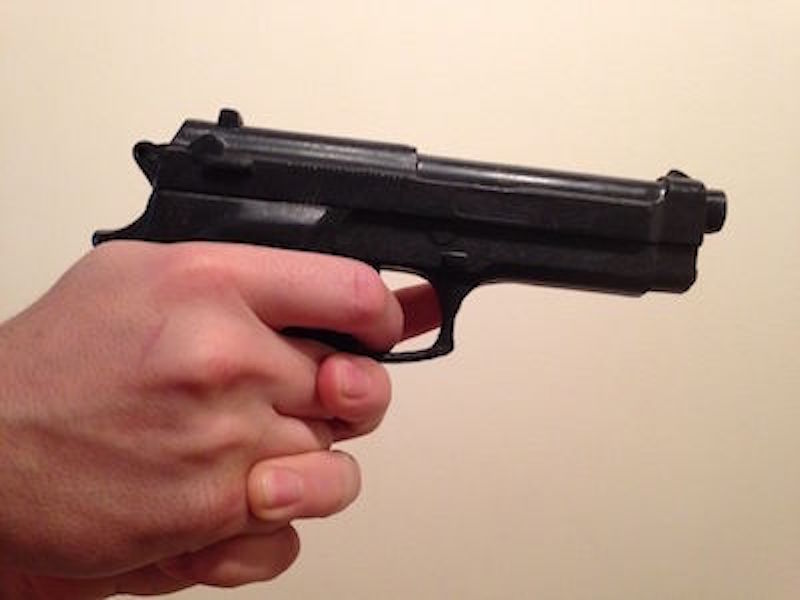 The Way of the Warrior

In the witching hours of night, after a softball game with friends, police officer Stacey Lim was returning home. As she parked, a vehicle carrying five members of a local gang crept behind her. A young man emerged from the vehicle. He meant to murder her and to steal her car. He wanted to prove himself to fellow gang members. Officer Lim stepped out of her vehicle and turned into the looming barrel of a gun.

In the witching hours of night, after a softball game with friends, police officer Stacey Lim was returning home. As she parked, a vehicle carrying five members of a local gang crept behind her. A young man emerged from the vehicle. He meant to murder her and to steal her car. He wanted to prove himself to fellow gang members. Officer Lim stepped out of her vehicle and turned into the looming barrel of a gun. The gang member pulled the trigger, propelling a bullet through the barrel amid the white explosion of muzzle ash and clean through Officer Lim's chest. The bullet ripped through the base of her heart, shattered her spleen, and tore across her diaphragm, liver, and intestines. The blunt impact staggered her. The pain was searing hot. Her fleeting, barely conscious thought was a battle cry: "No time for pain." Get to work. She raised her gun and returned fire.

The gang member fell to the ground. She used the rear of her vehicle as cover and leaned out to survey the scene. The gang member was prone, gun still in hand. He fired at her five more times, missing. She in turn fired three more times, each one a hit. The remaining gang members fled—courageous lot, they were. Stacey Lim crawled toward her door. Her roommate emerged and called for help.

Blood spilled from Officer Lim. A hundred pints were filtered back into her as doctors clutched on to her ebbing life. Her heart stopped. Her body buckled. Having done all that they could, doctors reckoned it was over, and said so.

Defiance in the teeth of adversity is the central virtue of the warrior.

Here is the central riddle of the warrior: In answering the violence of the thug with violence, does not the warrior merely perpetuate a cycle, adopt, as it were, his appointed posture in a dance, stepping according to prescribed movements, warrior and brute each doing his part, slave to the scripted step, each different, perhaps, but each no more and no less a dancer than the other?

It is a fair challenge. Here is the answer.

In itself, violence is neither good nor bad. It is a fact, amply asserted by nature, neither more nor less lamentable than any other. The cheetah tears out the throat of the antelope and consumes it. The event is violent, certainly. Is it evil? Of course it is not. Is it good? No more than it is evil. The cheetah merits no moral censure. It acts as instinct drives. There is no choice in the matter. "Good" and "bad" begin with deliberate choice in the face of conscious alternatives. They are functions of human action underwritten by a will that is free, unlike that of the cheetah. In human affairs, then, violence may be wielded for good or ill, depending, like all things, on intention and context. It is a tool, a means to an end, and the means and the ends determine whether the tool is good or bad. Initiated force violates and exploits; retaliatory force protects and defends. Initiated force blinds itself to rights; retaliatory force builds itself around them. The former is evil, the latter good. The pedophile visits violence on a child, though the child did no wrong. Anyone who employs violence to stop the pedophile, to protect the child, does a good thing. Note that the violence employed to protect the child is not a "necessary evil." A necessary evil is, after all, still an evil.

It is not evil in any sense to protect a child against a pedophile. It is an absolute good. Protecting the innocent who did no wrong against the violence of a predator is good. Any violence directed against the predator can itself be no violation of right, for the predator never had the right to violate the innocent. If a man shoots another and steals his wallet, he violates the person and deprives him of the capacity to choose how best to dispose his person and belongings, though the victim did no wrong. The violence employed by the shooter and thief is evil for that reason. If a police officer shoots the murdering thief before he shoots and steals, his is an act of protection. He maintains the victim's right to his person and belongings. The violence employed by the police officer is in no sense bad. Protecting life and liberty is good.

Turn the Other Cheek?

Defending the good necessitates violence so long as there are those who would initiate violence. Those who insist otherwise betray the good in practice while feigning care for it in theory. To say that nothing is worth fighting for— "fighting" in a strict sense—to say that the proper answer to violence is "to turn the other cheek," or some equivalent, betrays a curious amorality and demands a vicious apathy. We must not indulge in abstraction here. It serves as a sanctuary for evasion. What is your answer to the pedophile who rapes children? The pedophile will not be convinced that what he does is wrong. Indeed, if he were amenable to being convinced, he would not act as he does.

In any event, turning the other cheek yields the child to doom. What is your answer to the brute who plunders the weak, who beats and steals and terrorizes? He is immune to reason, or he would not act as he does. What is your answer? Your answer, if you claim that no violence is justified, is a slave to your premise: you must stand by and watch, the oath of passivity from cowards across centuries. Saying that you can fight for something in the absence of determined, practical action against attack is a rank and paltry dodge. The Nazi is impervious to debate; for him, the blood of the Aryan is the ultimate arbiter of right. The Khmer rouge does not yield to the sit-in; class in their peculiar sense makes right.

There is no word known that, once uttered, stops the sword on its path to your neck. Another sword might, though. If you are unwilling to defend what you believe in practice, violently, if necessary, then your belief is empty. It is a nothing. And you stand for nothing. The strict pacifist is, as a matter of principle, ended by the first thug who disagrees with him. Finally, he does not even defend his pacifism. Nor does he "live" it. He dies—save for the protection of the warrior, who provides him the luxury of his abstractions.

As a practical matter, so long as predators threaten life, protectors of life must answer with the only thing known to stop violence: violence. This, then, is the posture of the warrior to violence. Violence is his tool; justice is his goal.

The above is an excerpt from The Warrior's Manifesto by Daniel Modell.

opinion, as trendy as any fashion catwalk, that willfully challenges and seeks to dictate an alternative to our intrinsic dignity.