Tai Chi and Economics | YMAA
Skip to main content
FREE Shipping Order Over $70. (US Only, Conditions apply)    |   Up to 40% Off. Exclusions apply. 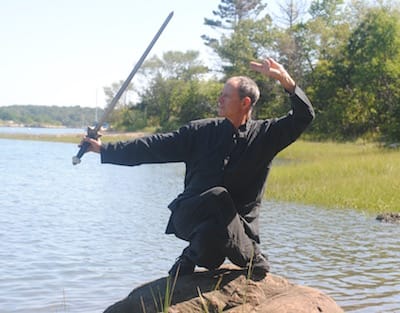 Ordinarily the word "economics" conjures up thoughts of money, governments, budgets and expenditures – pretty boring stuff if you're not an economist. However, the word "economy" simply refers to the effects, as measured by the relative advantages or disadvantages, of any causal behavior within any system. The most important and immediate economy in your life has to do not with what's in your wallet, but in how you choose to organize and live in your own body.

Ordinarily the word "economics" conjures up thoughts of money, governments, budgets and expenditures – pretty boring stuff if you're not an economist. However, the word "economy" simply refers to the effects, as measured by the relative advantages or disadvantages, of any causal behavior within any system. The most important and immediate economy in your life has to do not with what's in your wallet, but in how you choose to organize and live in your own body.

Just as separate countries each have their own economies, so do different kinds of sports, exercise, and movement disciplines each have specialized economies as well. Movement economies can be every bit as diverse and complex as fiscal economies. The economy of movement and body organization necessary for basketball is very different from that of yoga. Ditto for rock climbing versus swimming, as for bowling versus ballet. Hopscotch and golf aren't even remotely similar in the demands they place on your body.
The truth is that all movement, not just human sports and fitness, has an economy to it. One can marvel at the cheetah's economy of movement as it chases down its prey, or the lumbering economy of the hippopotamus as it seeks support for its enormous frame in a marine environment. We can even observe a certain economy at the microscopic level with bacteria and other tiny organisms all vying for their place at the table, so to speak.

Understanding cause and effect provides a basis for determining how well any economy works. Many people mistakenly believe inflation is caused by rising prices, when in fact inflation is caused by increases in the money supply. Adding more dollars to the existing money supply serves to weaken the buying power of the dollars you already have. When your dollars become weaker it takes more of them to purchase goods or services, thus creating the appearance of rising prices. The problem, thus, is not rising prices, but a weaker dollar. Incorrect attribution of effect and cause ultimately serves to disempower you, whereas a correct understanding how and why systems work as they do can bring those systems more within your sphere of control.

More to our point, tai chi effectively highlights personal economy because its slowness offers a convenient context for examining cause and effect within your own mind and body. Tai chi is an activity in which economy of movement is, at least in part, a goal onto itself and not merely a means to another end. With most activities an efficient economy leads to good results. With tai chi an efficient economy is already a good result. Tai chi's unique features make it ideal for maximizing the effects of your own body's movement economy, and for bringing your body more within your realm of control.

A detailed analysis of precisely how tai chi can help you accomplish a better personal economy would require a book, or two (I've written three and still have more to say on the subject.) However, a short review of some of tai chi's essential features should suffice to get you thinking in a new way about the cause and effects of your own personal economy.

All movement requires an expenditure of energy. Therefore, the economics of movement is really about weighing the efficiency of energy expended against the end result, meaning either the amount of work or the quality of work that has been accomplished. Efficient movement produces a healthy economy. Wasteful movement results in a poorer economy. This is simple physics. Tai chi advocates for the best result for the least amount of energy expended to help your body move in the most efficient and least wasteful manner.

To move economically, all the different parts of your body must work together and not at cross-purposes. Accomplishing optimal cooperation between different body parts requires tai chi students to pay attention to the relationships between those parts. In tai chi these relationships can be quite subtle. Getting them right requires careful and detailed attention to body organization. One of the first things tai chi students learn is the importance of moving in a mindful manner, to facilitate a higher level of awareness and attention to body organization. This is an important part of tai chi's reputed mind/body benefit.

"Awareness," "attention," and "mindfulness" of one's own self are all key concepts when it comes to moving with optimal efficiency. Fiscal economies may be large and impersonal, but your own economy is as personal as it gets. By applying the concepts noted above (plus others) throughout your tai chi practice you'll find yourself better able to enact the changes and adjustments necessary for best advantage in mastering your own personal economy of movement.

The above article was originally printed in the June 2018 issue of the "Perspectives on Tai Chi, Somatics & Life w/Sifu John Loupos."