Calibrating the Moral Compass | YMAA
Skip to main content
FREE Shipping Order Over $70. (US Only, Conditions apply)    |   Up to 40% Off. Exclusions apply. 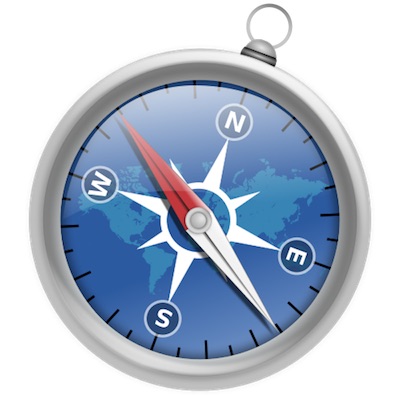 The value of life involves two distinct aspects: the physical—life itself or the actual human “being” of aliveness—and the metaphysical in orbit around it that is everything we consider worthwhile in life—our loves, ambitions, and desires, including our sense of oughtness referenced within morals, ethics, justice, and rights.

The value of life involves two distinct aspects: the physical—life itself or the actual human "being" of aliveness—and the metaphysical in orbit around it that is everything we consider worthwhile in life—our loves, ambitions, and desires, including our sense of oughtness referenced within morals, ethics, justice, and rights.

This physical and metaphysical are so closely aligned, similar to how the moon orbits Earth, that it's difficult to separate them. Who sees life as only about being alive? No one. We live in our lives, living for, and with hopeful anticipation of, its many goods. What's clear is that metaphysical concerns are only important because life itself is so vital.

Yes, the moon imparts an influence on Earth; however, without Earth to orbit, why would that influence matter? It couldn't. So it wouldn't. Without life to impact, every metaphysical aspect that humanity considers worthwhile does not matter. There is no love or forgiveness; no passion, joy, or happiness; no kindness, compassion, or grace; no humility, gratitude, or even wonder regarding these processes without humanity's corporeal body, the actual vessel for these feelings, emotions, thoughts, and concerns to take place in and thrive, so we can emote them to others. They only matter if we're around to live them.

This small logic may seem rather boring or inchoate. But, in terms of moral epistemic veracity, it stands out like Carmen Miranda singing "Chica Chica Boom Chic" under fireworks because it opens the door to moral truth and just how we can know it.

A New York Times article, "Why Our Children Don't Think There Are Moral Facts," by Justin P. McBrayer, made the case that, beginning in grade school, kids are being exposed to a mode of thinking that is both confusing and wrong—that there are no moral facts, no such thing as moral truth, only facts that can be scientifically proved, or personal opinion.

But moral truth is simply this: protect respect for the value of life and don't disrespect it for subjective concerns. It's not revolutionary, except when you put it in context against what many believe are the highest values of society. Whichever you might choose as the pinnacle of ethical endeavor, its particular formulation can only be truthfully moral if it does not disrespect or encroach on life for relative concerns. This means, in essence, that in order to qualify as moral, metaphysical values must protect respect for the value of life. If they do not, or when they do not, then you most assuredly have something immoral.

There is no metaphysic that justifies innocent human life and validates it as relevant and meaningful. If there were, then it would be perfectly justifiable to threaten, harm, and murder an innocent human being for the "sake" of that stated value. If freedom, liberty, or democracy were more important than the value of life, then mowing down innocents with a truck would be a perfectly justifiable way to achieve it. Swap out for any other concern and the answer is just as bleak.

Now some will claim this is too problematic, for if protection of life is to be the ultimate moral standard, we're looking at something terribly impractical, as we'll have to outlaw driving and processed foods and Star Wars Christmas specials since they endanger life far too much, as well as any conception of "just war" or self-defense, since there will always be the chance of an enemy's life being taken. But this is misguided. Folks can cause all kinds of havoc when they align their ethical destination with the literal justifier of the moral compass, which would be similar to traveling to a magnetic pole—north or south, it's awfully cold.

In terms of ethics, this disordering leads good folks to misinterpret the waypoints of their journey as signs they are heading in the right direction, when they are actually being led to chaos. Pacifism makes the claim that the value of human life is its highest ideal, so much so that it affirms that life must never be violently harmed under any circumstance. And yet, to be unwilling to protect innocent human life from violent harm is actually about maintaining dedication to personal autonomy. This has the effect of replacing pacifism's supposedly highest ideal with an idle concern—a fatal contradiction.

The worst part is that pacifism, contrary to its marketing, is not an empowerment of the loftiest aspirations of the human condition; it is the surrender of them to any fight whatever, even before that fight decides to take a swing. And don't mistake pacifism here for nonviolent resistance—there is nothing passive whatever about sacrificing oneself in order to stand for basic human rights in the face of threats of danger. The pacifist I speak of stays home in forfeit.

To correctly use a compass, at least three rules must be followed:


Anytime we use a compass, even the moral compass, the magnetic pole is never our destination—unless you're a scientist or a bearded eighteenth-century explorer trying to win an ill-conceived bet. The pole's steadfast value creates a standard to maintain a bearing to calibrate by as we navigate toward our actual destination. That's the function of its standard. Without that standard, navigation is unreliable.

It should be noted that morality evolves and does in fact change—even the ghastly institution of slavery was at one time predominately considered moral and just around the world. Does this evolving morality mean then that any of the moral notions we might have today are by default the best because they are the latest, most fashionable, shiniest models? No, not in the least.

Imagine a time in the future when the world's mad scientists, aided by melon-headed, aliens from a crazy-advanced alternative dimension, create a plant-based food just as tasty as meat, in a million years or so, and by using magic. This meatless future could drive a moral trend that pronounces meat eating and meat products to be immoral and then retro-assess that at any time people ate meat, raised animals for food, hunted, and used leather products—much like today—they were immoral for doing so

It's important to remember that morals often correspond to their generation. Due to the molten rock swirling beneath Earth's crust, the magnetic North and South Poles shift around and can actually switch polarity. As such, they are not the geographic poles found on maps—they move around too much. The topography of the land also changes, as do compass bearings and directions. All of this is a natural result of the impact of time, gravity, and the features of age. But among all of these fluctuating aspects, the poles remain magnetized. In other words, claims of morality may change, as well as how we might arrive at moral conclusions, but the reason we have morals at all—why morals matter in the first place—does not change: the warrant of life is immutably valuable.

For true justice, we must start with recognition of this natural truth, accept it, and assess all other relative concerns against it. There is no subjective value that justifies innocent human life and validates it as relevant meaningful. If there were, then it would be perfectly justifiable to threaten, harm and murder an innocent human being for the "sake" of that stated. If freedom, liberty, or democracy were more important than the objective value of life, then mowing down innocents with a truck would be a perfectly justifiable way to achieve it. Swap out for any other concern and the answer is always bleak.

When we do not adhere to this reality and we invent perceptions that do not exist, we can wind up accepting notions that do in fact "justify" life. And in that confusion we can in turn accept an ideology, organization, government, democratic election, or overwhelming