Metarobics and Tai Chi: How a Student with Cancer Changed My Understanding of Exercise | YMAA
Skip to main content
FREE Shipping Order Over $70. (US Only, Conditions apply)    |   Up to 20% Off. Exclusions apply.

Home >> Articles >> Metarobics and Tai Chi: How a Student with Cancer Changed My Understanding of Exercise 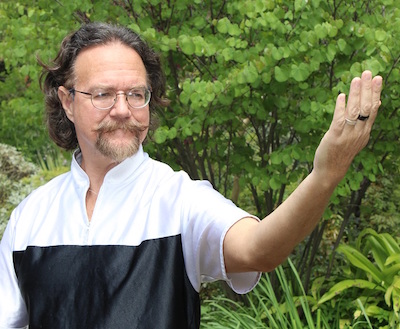 Metarobics and Tai Chi: How a Student with Cancer Changed My Understanding of Exercise

My awareness of how the body responds to certain kinds of movement occurred over a period of several years, and quite by accident. It was a gradual process. It began with the first student who came to me convinced that tai chi had cured her cancer. Over time, I came to realize that a large variety of chronic diseases shared a common element—an element directly affected by tai chi and similar exercises, which have unique and measurable effects on blood oxygen saturation and diffusion.

My awareness of how the body responds to certain kinds of movement occurred over a period of several years, and quite by accident. It was a gradual process. It began with the first student who came to me convinced that tai chi had cured her cancer. Over time, I came to realize that a large variety of chronic diseases shared a common element—an element directly affected by tai chi and similar exercises, which have unique and measurable effects on blood oxygen saturation and diffusion. It is worth noting that hypoxia (reduction of oxygen reaching various tissues or areas of the body) underlies the majority of chronic diseases plaguing society, including cancer, heart, lung, and kidney disease, stroke, and diabetes. Hypoxia is also implicated in asthma, chronic pain, and immune disorders.

"The doctors had tried everything—chemotherapy, radiation, nothing seemed to work. All that happened was that my hair fell out, and I was in constant pain. I was taking five of the maximum doses of pain pills daily, but with little effect. Then a friend told me they read about a guy with brain cancer being cured by an exercise called tai chi. By the time I learned about tai chi, my doctor told me I had about three weeks left to live. Not ready to give up, I looked for a class and found one at the community college. The teacher made me a video that night, which would talk me through the form. A little over a week later, I was completely off of pain pills. If nothing else, that was worth it. And although I am still battling cancer, three weeks has come and gone, and two years later I am still alive." —Kathy (Personal account)

My research and experiences consistently supported that many of the health benefits of tai chi and forms of qigong (breathing exercises) had to be the result of a physiological response related to enhanced blood oxygen saturation and diffusion, a mechanism that was distinctly different from aerobic and anaerobic forms exercise in that it had direct and beneficial effects on hypoxia. By default, this meant that a third "new" category of exercise must exist. My research and observations pointed to a dynamic state of relaxation and enhanced respiration as underlying the primary mechanism of action. This "third school of fitness," which I call Metarobics, is being developed out of the slow movements of tai chi, as well as forms of yoga and qigong when focused on relaxation and the breath.

Everyone knows that exercise is good for one's health. It can enhance strength, cardiovascular health, and even mental health. Yet even highly fit people still get sick, experience degenerative diseases of the bones, joints, and organs, and are subject to cancer and many other ills, albeit less frequently than their sedentary counterparts. Based on a growing body of research and testimonies from those who have benefited from tai chi, Metarobic exercises may add another component. Metarobic exercises enhance fitness at the cellular level, which, in conjunction with a healthy diet and other forms of exercise, could supply the missing element in total health and immunity to make a person as free from illness, degenerative disease, and cancer as it is possible to get.

These exercises have profound health effects for many conditions, yet they are not fast paced enough to be considered truly aerobic. Indeed, some qigong movements and standing yoga poses are stationary, with a focus on slow, relaxed breathing. Nor do these practices work the large muscle groups the way strength training does. Tai chi is sometimes categorized as a "low to moderate" aerobic exercise, particularly if you "up" the intensity. However, focusing on speeding up the movements of tai chi in an attempt to make it a form of aerobic exercise may negate some of the benefits unique to totally relaxing the body through slow movement.

From an intuitive perspective, because such a wide range of health benefits are being attributed to these forms of exercise, it seems likely that something unique is going on in the body. My research supports this and sheds light on what will become a whole new field of exercise. Fifty or so years ago running was almost the sole domain of track and field, and the concept of running for your health was considered unusual. I can recall stories of people running along city streets who would be asked jokingly, "What are you running from?" The rapid gyrations of modern aerobic programs could have gotten one committed to an asylum. It wasn't until 1968, with the release of the groundbreaking book Aerobics by Dr. Kenneth Cooper, that the concept of aerobic health was popularized, along with a new word for a new form of exercise.

A Miracle, or Tai Chi?

"After I retired, I ended up getting rheumatoid arthritis which developed rapidly. The doctor said before long I would be unable to walk, and would need a wheelchair. By the time I heard about tai chi, I could barely stand on my own. I began practicing every day, doing tai chi in my wheel chair, and soon I could do it standing. The doctor was surprised at how much progress I made in less than six months after starting tai chi. He was dubious about tai chi, but said to keep with it. I am glad I did, because before two years had passed, I was pain free and able to walk on my own. I completely recovered my former health and mobility, maybe even more so. Seeing the changes in my body, the rheumatologist was calling it a miracle. Maybe it was—the miracle of tai chi." —Elisa Morella (From Tai Chi for Health Institute Newsletter)

Dr. Cooper noted that those with large developed muscles from body building exhibited poor performance in running, swimming, and cycling. Based on these observations of differences between runners and weightlifters, he coined the term aerobics and founded a new field of health. Now there are few who are not aware of how important it is to perform some form of aerobic exercise at least a few days every week. It would be easy to assume that our current understanding of aerobics is fairly well established—it is now a multibillion-dollar industry and is a well-established field of study within the health and kinesiology departments of many universities. It is easy to assume that we now know everything there is to know about the body and how it works, so much so that it is equally easy to make the assumption that movement is movement is movement.

But as far as alternative forms of exercise go, there are still new frontiers and ways of moving for health and fitness. Current research on alternative forms of health and fitness such as tai chi and forms of qigong is primarily oriented around the benefits of these exercises, and there is little research into how or why these exercises provide benefits. In research studies on the health benefits of tai chi and qigong, often no reason is given for the benefits for various conditions. Alternatively, benefits may be attributed to a vague concept of "qi" as "vital energy," or as a mystical force. As long as these exercises result in measurable benefits, it may seem to matter little why or how their benefits are derived. But a greater understanding of the physiological mechanisms involved will help to better research, promote, and understand a growing field of health and fitness.

Focus of the Mind

In a collaborative overview of the unique differences between tai chi and similar exercises, Drs. Linda Larkey, Roger Jahnke, Jennifer Etnier, and Julie Gonzalez noted that what differentiates tai chi and related exercises from conventional forms of exercise is a focus of the mind on the body while using breathing as a vehicle for deep relaxation. The authors note that based on differences from aerobic exercises, a new category of exercise needs to be defined, one involving meditative movement.

This brings us to Metarobics (sometimes spelled Metaerobics) as forms of movement distinct from aerobic and anaerobic modes of exercise. The theory of Metarobics is centered on the unique way the body responds in relationship to oxygen use during slow, relaxed movements. I use the word "Metarobics" for two primary reasons. The first is that blood oxygen measurements show that slow, relaxed movements, coupled with deep abdominal breathing, maximize blood oxygen saturation and diffusion to every cell of the body. With the root "meta" (meaning "above), Metarobics thus becomes "above aerobics," as an enhanced way of using oxygen in the body.

Neither strength training nor cardiovascular exercise in the traditional sense, Metarobics is a very different way of moving distinct from traditional exercise, affecting the body in ways as novel as those in which aerobics differs from strength training. This is not to discount the benefits of aerobic exercise and strength training, which are still necessary for a healthy life. But it may point to an additional medium of exercise that can enhance current activities and total health, or provide a form of exercise for those unable to participate in more vigorous activities.

The above is an excerpt from Mindful Exercise: Metarobics, Healing, and the Power of Tai Chi by Dr. Peter Anthony Gryffin