Qigong Interpretation: Dao De Jing | YMAA
Skip to main content
FREE Shipping Order Over $70. (US Only, Conditions apply)    |   Up to 40% Off. Exclusions apply. 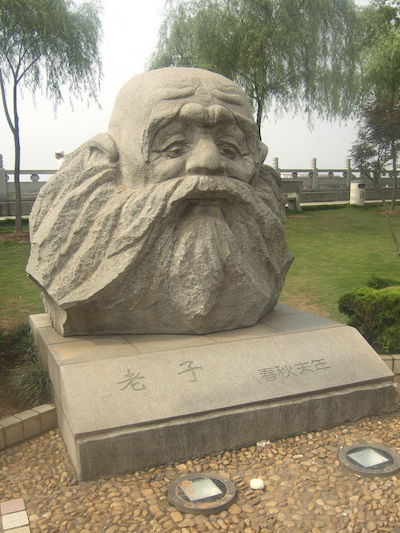 In qigong practice, through a few thousand years of pondering and practice, the Chinese people have been trying to understand the grand universe (da tian di, 大天地), the small universe (xiao tian di, 小天地), and their mutual relationship. From this understanding, they hope to live long and to comprehend the meaning of life. Since The Book of Changes (Yi Jing, 《易經》), the Chinese have believed there are two dimensions coexisting in this universe.

Author's Note: The Dao De Jing is also referred to as the Lao Zi. It has been interpreted mostly by scholars instead of qigong practitioners. However, it is evident that the entire book was written based on Lao Zi's, (476–221 BCE), personal qigong experience, especially spiritual cultivation. In order to acquire the real essence of the Dao De Jing, we must interpret it from a qigong point of view. Only then we will see the origin of Lao Zi's thinking.

In qigong practice, through a few thousand years of pondering and practice, the Chinese people have been trying to understand the grand universe (da tian di, 大天地), the small universe (xiao tian di, 小天地), and their mutual relationship. From this understanding, they hope to live long and to comprehend the meaning of life. Since The Book of Changes (Yi Jing, 《易經》), the Chinese have believed there are two dimensions coexisting in this universe.

These two dimensions are called "yin space" (yin jian, 陰間) and "yang space" (yang jian, 陽間). Yin jian is the spiritual world that cannot be seen while yang jian is the material world we live in. When we are alive, our physical body is in the material world with a spirit living within. However, after we die, the physical body reenters the recycling process while the spirit will be reincarnated.

Traditionally, the Chinese considered the Great Nature to be the grand universe (great heaven and earth; da tian di, 大天地) while a human body is a small universe (small heaven and earth; xiao tian di, 小天地). Since humans are formed in the Great Nature, we copy the same energy pattern and have the same energy similarities. Therefore, a human being incorporates both a physical and a spiritual body.

Throughout Chinese history the Dao has been called different names depending on the school or society. For example, it is called "taiji" ( 極) (grand ultimate) in Confucian scholar society, "Dao" (道) or "tai chu" ( ) (grand initiation) by Daoist society, and "tai xu" ( 虛) (great emptiness) by Chinese medical society. In the Daoist book, Yun Ji Qi Jian (《 七鑒‧元氣論》), it is said:

Cheng, Yi and Cheng, Hao ( 颐/ 颢) said: "What is taiji? It means the 'Dao.'" Then, what is taiji? In order to understand qigong, you must first comprehend the definition of taiji or Dao. Taiji is usually translated as "grand ultimate." However, its meaning is still vague. Let us take a look at a classic written by Wang, Zong-Yue (王). In it he says: "What is taiji? From it, wuji is born. It is a pivotal function of movement and stillness. It is the mother of yin and yang. When it moves, it divides. At rest it reunites." From this, we can see that taiji is a natural force or Dao that activates movement (actions or variations of nature) and also causes the cessation of the movement. When this happens, wuji (nothingness) can manifest into yin and yang, two poles. Once you are in the yin or yang state, you can resume the wuji state from either. From the influence of taiji, this yin and yang can be further divided into more yin and yang, and so on. Consequently, millions of objects are derived.

Thus, myriad objects can usually be classified as yin or yang. Yin and yang are relative and not absolute. How you define yin and yang depends on your point of view and where you stand as the reference position. For example, female is yin while male is yang and the moon is yin while the sun is yang. The seed is yin and the plant, the manifes-tation of the seed, is yang. Sadness is yin while happiness is yang. Naturally, this can change, depending on your reference point.

From a qigong point of view, when you are in an extremely calm state both physically and mentally, you have returned your being to the wuji state and you do not have any initiation of thought. However, once you have initiated a thought (taiji), movements are also initiated and yin and yang actions are created. When the concept of Dao is applied to a human being, it actually refers to the thought or the mind. It is from this mind that the creation of the human universe or matrix occurs.

Mind or thinking is insubstantial and empty in the material world. However, this mind or thought can be so powerful that it creates things from nothingness. This mind can travel anywhere in the universe with- out restriction of time or space. Once you can keep this mind open and free, you are able to create myriad things without restrictions. If your mind is restricted in the human matrix, dogmas, or tradition, then your spirit will be in bondage and cannot be developed.

However, from a qigong perspective, when you quiet your conscious mind, your subconscious mind will be strengthened. Consequently, the spirit residing at the center of the brain (limbic system) will be awakened and your intuition will be accurate and strong. That is the practice of embryonic breathing.

One of the main purposes of practicing qigong is to comprehend the Dao (mind and spirit) in a human body and its relationship with the natural Dao. Daoists are called "xun Dao zhe" ( 道者) which means "Dao searchers." Through qigong practice, they are able to gain health, longevity, and further understand the meaning of life.

The final goal of qigong practice is to reunite your spirit with the natural spirit. This is called "the unification of heaven and human" (tian ren he yi, 天人合一). In order to reach this state, you must first reopen your third eye. The third eye is called "heaven eye" (tian yan, 天眼 or tian mu, 天目) in Chinese qigong society. The crucial key to open the third eye is practicing embryonic breathing meditation in which you must first set your spirit free from the human matrix. That means you have to be truthful. Daoists called themselves "zhen ren" (真人), which means "truthful person." This is because in order to find the truth of the Dao, a Daoist must first be truthful. Only then, will he be able to jump out of the human matrix to experience his true nature. Only when you are truthful will your subconscious mind (the seed of spirit) be awakened. When your subconscious mind is awakened, your spirit will be free and grow. The mind is the most important and crucial key to qigong practice. This is because this mind (related to spirit) acts just like a god of a human universe.

For any practitioner who wishes to learn qigong at a profound level, he must first understand the meaning and concepts of Dao, taiji, wuji, and yin-yang. The entire qigong theory and practice are built on these basic concepts. Without this foundation, your qigong understanding and practice will be shallow.

The above is an excerpt from Dao De Jing: A Qigong Interpretation by Dr. Yang, Jwing-Ming.