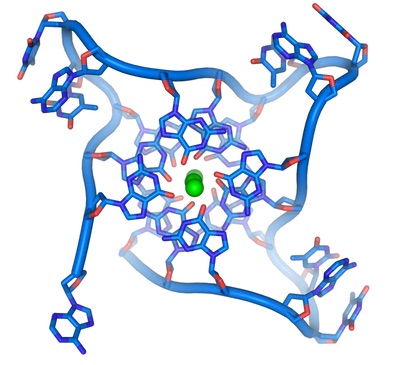 Qi, the Dao, and Cell Biology

Ancient practitioners of both healing arts recognized that the strength and abundance of a person's vital force, or qi, was predictive of their state of health and longevity. It was also noted that within families, vitality or frailty could be passed from generation to generation. In Eastern medicine, the qi you receive from your parents is called "pre­heaven qi." In Western medicine, this would be considered your genetic constitution.

Either way you look at it, these are the cards you are dealt. But, it is the decisions you make during the game that influence the outcome. These decisions include what you eat, the quality of air you breathe, whether you exercise, how long you sleep, how you manage your stress, how you view your place within your family and society, and many other factors. The combination of all these elements dictates the quality of the physical, emotional, and spiritual resources that sustain you.

This is "post­heaven qi," from an Eastern perspective, and much of it is within your control. This holds true from a Western point of view too. You received a particular set of chromosomes from your parents. Maybe some of them predispose you toward developing heart disease, diabetes, or cancer, but these conditions are not a certainty. How you choose to live your life actually alters gene expression and the lifespan of cells in your body.

How does this work? Most cells in your body have a nucleus, the control center of the cell. Within the nucleus are your chromosomes, which are composed of genes. Your genes are like a blueprint. From con­ ception and throughout your life, your genes are copied to create new cells. e genes you carry determine your potential: for example, how tall you might be or how fast your metabolism is or whether you are more likely to develop a certain type of cancer. Many factors affect the expression of your genes, such as what you eat; your level of physical activity; your work hours; the psychological stress you experience; and whether you smoke, drink alcohol, or are exposed to environmental pollutants.

Even the act of copying can affect your genes. Every time a cell divides and has to make a copy of the genes within the nucleus, a bit of the genetic material at the ends of the chromosomes is lost. Over time, if enough genetic material is lost, the cell cannot function properly and dies. Genetic material is made up of DNA (deoxyribonucleic acid). The DNA is composed of pairs of nucleotides. The order in which these nucleotides are put together determines whether the sequence contains information that can regulate growth, metabolism, and reproduction through the creation of proteins. This type of DNA is called "coding" DNA. However, the majority of DNA does not code in this fashion but, rather, acts like punctuation in a sentence. A comma or a period does not have meaning in and of itself, but the placement of a punctuation mark creates coherence within a sentence.The DNA patterns that serve this function are called noncoding sequences.

One such noncoding DNA sequence, called the telomere, is found at the ends of each chromosome. The telomeres protect the coding DNA from damage during cell replication. Telomeres and their associated enzyme, telomerase, were discovered in the 1980s by Drs. Elizabeth Blackburn, Carol Greider, and Jack Szostak, who share a Nobel Prize for their groundbreaking work. Dr. Blackburn likens the telomere to the plastic bits on the ends of your shoelaces that prevent the shoelace from fraying. During each chromosome replication, the telomere shortens and then is rebuilt by telomerase. This is how telomeres protect the essential information within your cells, and it seems that the longer your telomeres, the greater the buffer you have against cell death.

Subsequent research indicates that telomere length, both normal and abnormal, can be inherited. Short telomeres may increase a person's risk of chronic illness. Some studies also show that telomere length may be positively influenced by decreasing physical and psychological stress through exercise, adequate sleep, improved nutrition, mindfulness, meditation, and qigong.  Telomere length in organ donors and recipients has even been used as a marker to estimate the risk of acute organ rejection or failure.
Just as vibrant pre­heaven and post­heaven qi can often predict good health, telomere length can be used as a marker of well­being. One might say that telomeres and telomerase are one possible scientific explanation of the concept of pre­heaven and post­heaven qi. One day, science may completely explain all the phenomena that ancient practitioners described through careful observation.

But before you start an internet search for a supplement that will increase your telomerase levels, a word of warning from Dr. Blackburn: cancer cells have the ability to turn on telomerase, maintain long telomeres, and essentially become immortal. So, following the wisdom of the Dao, it is best to take the middle path. Maintain a balance of healthy exertion and restorative practices, minimize psychological stress, and maximize the nutrients in your food.

Unfortunately, the majority of us live in disequilibrium. We work too long and sleep too little. We sit for hours without moving. We eat processed takeout food while running from one activity to the next. We find it difficult to maintain healthful behaviors such as cardiovascular exercise, meditation, tai chi, qigong, or yoga. Living out of harmony with the Dao has taken its toll, individually and collectively.

Over the past several decades, startling changes have occurred in the general health of the American population with respect to lifestyle induced chronic conditions, such as heart disease, diabetes, digestive disorders, Alzheimer's disease, chronic pain, and cancer. Chronic conditions are defined as diseases that are noninfectious, last a long time, do not resolve by themselves, and are seldom completely cured.  The majority of these illnesses are caused by unhealthy lifestyle choices: poor diet, lack of exercise, and smoking.

About 70 percent of all deaths in the United States are attributable to chronic conditions. More than 130 million Americans suffer from at least one chronic disease. That's about half of all adults in the United States, many of whom have considerable limitations in all aspects of their lives. Aside from individual suffering, chronic disease exacts a toll on the nation. The cost of caring for all these people with chronic conditions utilizes 86 percent of the country's health­care expenditures. Predictions from various sources indicate that the prevalence of these diseases will only increase in the coming decades.

But the real shock is what our current lifestyle choices are doing to our children. In the 1960s, less than 2 percent of American children and adolescents had any chronic illnesses. By 2004, that number had almost quadrupled, to 8 percent. That increase is scary enough, but the next data point is even more disturbing. In 2007, more than 25 percent of our children and adolescents suffered from a chronic disease.  This is truly astounding. If you graphed out these data points, you would get an exponential curve. This means that in the not­too­distant future, if unchecked, all our children will suffer from one or more chronic illnesses such as diabetes, heart disease, hypertension, asthma, obesity, or cancer.

So, why is this happening, and what can we do about it? First, from a Western perspective, let's look at the biology of chronic disease. At first glance, there may not seem to be a link between all of the aforementioned chronic diseases. Certainly, diabetes, heart disease, hypertension, and obesity are often seen together. But what about the others? Chronic pain, arthritis, digestive disorders, Alzheimer's, asthma, depression? It may not be obvious, but all share a common thread. Disruption of cellular function on a molecular level can be caused by chronic inflammation, oxidative stress (the by­product of biochemical processes within the cell), and shortened telomeres.  Chronic in inflammation leads to oxidative stress and telomere shortening. Soon, the damage is too great, and the cell cannot recover. At that point, the cell initiates a "self-destruct program" called apoptosis.

Inflammation in and of itself is not a bad thing. In fact, in inflammation is a critical process in healing. It is the body's normal response to acute injury or infection. If you scrape your knee or catch pneumonia, white cells within your blood release certain chemicals, called inflammatory markers. These markers tell your body to increase blood circulation to the affected area. Your knee, for instance, will start to look redder and feel warmer following the injury. These are signs that your immune system is responding correctly. The greater blood circulation will bring more nutrients and infection­fighting cells to the damaged part of your body.

If you could not mount a proper immune response, you would die. You would succumb to the first viral or bacterial infection that came along. However, it seems that something has gone awry on a very large scale. It has been discovered that constant low-grade inflammation contributes significantly to chronic disease because the immune system starts to attack normal tissue throughout the body.

This sort of inflammation, dubbed "meta­inflammation" or "whole body inflammation," is not a response to acute injury or infection but, rather, is induced by our lifestyle habits. While it is true that environmental toxins can also cause inflammation, we can still reduce our risk for chronic disease by making better decisions. Our choices surrounding food, alcohol, cigarettes, exercise, sleep, and stress management heavily influence our immune systems. By continually making poor choices, we have overwhelmed our bodies. In computer parlance, there is a saying: "Garbage in, garbage out." From a Western perspective, chronic disease is the logical result of long-term input that promotes inflammation and tissue damage.

Eastern medicine looks at chronic illness in much the same way. Good health is regarded as a natural consequence of balanced living. Blood and qi flow easily through all the channels of the body. Essence, energy, and spirit are in harmony. All this is primarily achieved through moderate diet, exercise, sleep, and meditative practices. While acupuncture and herbs figure prominently in Eastern medicine, adherence to a healthful regimen is the cornerstone of this healing system.

The above is an excerpt from True Wellness: How to Combine the Best of Western and Eastern Medicine for Optimal Health by Catherine Kurosu, MD, Lac and Aihan Kuhn, CMD, OBT.