Guiding and Leading (Humility)-Putting Oneself Behind | YMAA
Skip to main content
FREE Shipping Order Over $70. (US Only, Conditions apply)    |   Up to 40% Off. Exclusions apply.

Home >> Articles >> Guiding and Leading (Humility)-Putting Oneself Behind 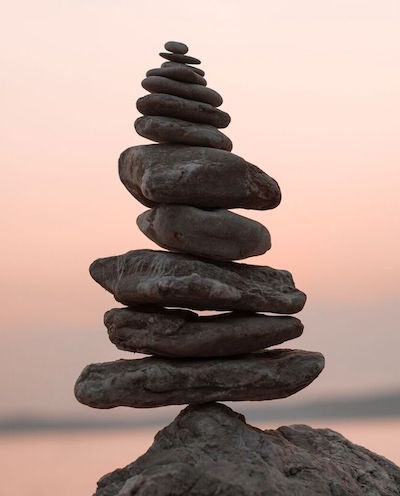 Guiding and Leading (Humility)-Putting Oneself Behind

As a leader, humility is the most important prerequisite to lead the people. The book Shu (《書‧大禹謨》) said: “(Those) satisfied will cause damage and (those) humble will acquire benefits.” This is because those who are humble can take a low position, be open-minded, and be willing to learn; thus they gain. Those who are satisfied and proud of themselves will not listen and learn from others; thus they lose. The Book of Changes (《易‧謙》) said: “Those who are humble and again humble always use their modest personality to restrain themselves.”

The reason that rivers and seas be the lords of hundreds of valleys,
is because they are adept at staying low,
thus, they can be the lords of hundreds of valleys.
Therefore, those sages,
who wish to be over people,
must first speak humbly to them;
who wish to lead the people,
must place themselves behind them.
Thus, those sages,
though they are positioned above people, people do not feel burdened,
though situated in front, people do not feel harmed.
Consequently, the people in the world are happy to push (sages) forward without resentment.
Because they do not contend,
the world cannot contend with them.

As a leader, humility is the most important prerequisite to lead the people. The book Shu (《書‧大禹謨》) said: "(Those) satisfied will cause damage and (those) humble will acquire benefits." This is because those who are humble can take a low position, be open-minded, and be willing to learn; thus they gain. Those who are satisfied and proud of themselves will not listen and learn from others; thus they lose. The Book of Changes (《易‧謙》) said: "Those who are humble and again humble always use their modest personality to restrain themselves."

The reason that great rivers or oceans are able to gather so much water is because they position themselves in a low place. Those wise sage rulers know if they wish to be above the people and lead, they must be humble. When they are humble, people will love them and their leadership from the bottom of their hearts. When rules are humble and modest, people will also not feel burdened and pressured from the rulers. Wei, Yuan (魏源) said: "Only if you are not conceited, will the world not contend with you. Only you do not compete, will the world not compete with you. Make people forget that you are above and in front of them, and people are happy to push you above and in front of them. Then this Dao can be said great." Gao, Heng (高亨) said: "When people support their ruler, but feel a big burden, that is a great heaviness. It is not just heavy but also cumbersome. When people do not feel heavy, this means the people will not become tired." The work Huai Nan Zi (《淮南子‧主術訓》) says:

"It is plenty if using the many people's wisdom to take care of the world's need (i.e., business). However, if one just focuses his mind to handle (matters), then he cannot even protect himself (i.e., solve his own problem). Thus, those masters of people will cover (i.e., protect) the people with virtue and not use their wisdom. Consequently, myriad people will benefit. Since rulers follow people benefits, thus, people will support the rulers to be above them and feeling no burden and position them in front without feeling harmed."

"When people told Zi Lu (子路) (i.e., Confucius' student) about his faults, he was happy. When Yu (禹) (i.e., Xia emperor) heard good advice, he bowed with appreciation. Great Sun (舜) (i.e., second ancient Chinese ruler) is even greater. He treated himself as others, followed others instead of insisting on his own way, and was happy to take other people's advice. As an emperor, he cultivated the land, farmed, made pottery, and fished himself; he took nothing from others. He took advice from others so that he was able to offer them what they needed. Therefore, a gentleman's greatest virtue is doing good things for others."

"When Yao (堯) (i.e., first ancient Chinese ruler) governed the world (i.e., country), all six directions (i.e., everywhere) were harmonious and all lives were lived together peacefully. All lives came to him like clouds. When they looked at him, he was like a sun; thus, without weariness, they supported him as the leader. Later when Yao died, all the people in the country felt so sad, just as if they had lost their own parents."

Humility is the most important requirement for learning. It is the same when you learn qigong. My White Crane master, Ceng, Jin-Zao (曾金灶) always told me: "In front of a teacher, you have no dignity." He also told me once: "The taller the bamboo grows, the lower it bows." These sayings have been my mottoes since I was fifteen years old. I have received so much benefit in my life from them. Often, just a concept or an idea can change the whole world.

Qigong has been practiced for more than four thousand years. During this period, an enormous amount of knowledge and experience has been developed and accumulated. This knowledge and experience have been passed down to us and have become our precious guides for life and spiritual development. The spiritual world is just like a huge beautiful garden that, though it cannot be seen, it can be felt. Since we don't know too much about the spiritual world, we have treated it as mysterious. Understanding the Dao offers a possible key to unlock the door. Through meditation, our subconscious mind can be awakened, grow, and finally reconnect to the natural spirit.

Most religious qigong was studied and developed in Buddhist and Daoist monasteries. Their main goal of this cultivation is the final stage of "unification of heaven and human" (tian ren he yi, 天人合一). That means Nature is us and we are Nature.

In order to reach this goal, we must remain humble. When you are humble, your cup will always have space to receive more. However, if you keep your cup full, then you are satisfied and there is no more space for you to learn and receive. From long experience, one key practice for us to awaken our subconscious mind and feeling is embryonic breathing meditation. If you are interested in this subject, please refer to the book: Qigong Meditation—Embryonic Breathing, by YMAA.

Humility is the crucial key to learning. Without a humble mind, your learning will be limited and shallow. Thus, you should always consider other people's thinking and feelings before your own. Then you will have a benevolent heart.

The above is an excerpt from The Dao de Jing: A Qigong Interpretation, Lao Tzu, Translation and Commentary by Dr. Yang, Jwing-Ming.