Fighting with Weapons | YMAA
Skip to main content
FREE Shipping Order Over $70. (US Only, Conditions apply)    |   Up to 20% Off. Exclusions apply. 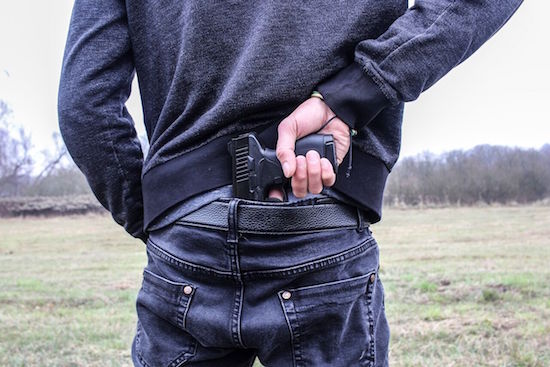 Weapons are simply an extension of the fighter. The Samurai even considered the sword to be an extension of their soul. The weapon assumes the character of whoever wields the weapon, as the weapon is simply a tool that extends the will of the fighter. The principles of fighting with empty hands apply to fighting with weapons. A fight is a fight. But there are some thoughts about these principles that should be noted.

Weapons are simply an extension of the fighter. The Samurai even considered the sword to be an extension of their soul. The weapon assumes the character of whoever wields the weapon, as the weapon is simply a tool that extends the will of the fighter. The principles of fighting with empty hands apply to fighting with weapons. A fight is a fight. But there are some thoughts about these principles that should be noted.

A weapon is a great equalizer and a force multiplier. A weak or elderly person armed sufficiently can repeal the attack of a much stronger attacker or multiple aggressors. A weapon can save lives and prevent injury if an attack is prevented by this show of force.

Simply revealing the victim has a weapon discourages an attacker from causing injury in many cases. Even a fighter capable of effective unarmed combat who possesses a weapon may be able to avoid a fight if the attacker believes the fighter has a weapon that multiplies the fighter's effectiveness. An aggressor may be willing to take his chances with a fighter in an unarmed engagement. But if the aggressor thinks a weapon may become engaged he may change his mind and seek an easier target as the balance of power shifts the odds dramatically when weapons are employed.

Weapons make up for size. Police officers must sometimes fill out a use of force form every time they use physical force to restrain an offender. One particular officer at a local police department where I use to work was a small guy. He was called into the chief's office one day because he had more use of force forms alone than the whole department combined.

The small officer told the chief to take a look at how big he was compared to the other officers. When the large officers went to arrest someone, the offender complies easily. But when he tries to arrest someone, the offender thinks he can overpower the officer and the fight is on knowing the officer will be judicious with his use of weapons. Therefore, he gets in more fights because he is smaller. The point being that a criminal will target victims he perceives as easy prey and can be overpowered. A weapon changes that balance of power.

Criminals in prison have been interviewed in order to learn what deters them most from committing crime. Consistently, criminals cite that if they think a victim may be armed is the greatest deterrent.

The Centers for Disease Control even came to that conclusion in 2013 as part of a $10 million study commissioned by President Obama. According to their research, "Studies that directly assessed the effect of actual defensive uses of guns (i.e., incidents in which a gun was 'used' by the crime victim in the sense of attacking or threatening an offender) have found consistently lower injury rates among gun-using crime victims compared with victims who used other self-protective strategies." The study goes on to say that almost all national estimates reveal defensive use of guns by victims is as common as offensive uses by criminals.

Know How to Use Your Weapon

Carrying and deploying a weapon should be a thoughtful process. One should never carry a weapon if you haven't trained in its use. A weapon should also not be carried if you are not willing to use it if necessary. Otherwise, you've just brought a weapon for the aggressor to use against you.

A knife is the most common carry weapon. Laws should be examined in the area the knife will be carried in order to insure compliance with local laws.

In a fight, a knife should be felt, not seen. It is why a rapid deployment system must be considered. In other words, a knife that deploys as it is pulled from the pocket. Wielding a knife openly, surrenders the element of surprise in counter attack. It should be deployed or held at the ready in a manner that preserves this element. In other words. the knife should be held in a hidden posture if possible as waving it around only works in the movies. It can't be said enough that a knife should be felt, not seen. There also is a high probability both fighters will be cut in a fight between two knife-wielding fighters regardless of who wins.

Likewise, a gun should not be deployed unless it is necessary to shoot someone. Pulling it out has certainly resulted in deterrence preventing many altercations. But it should not come out only for display. It should be deployed only if there is sufficient cause to fire the weapon and the person carrying the weapon must be willing to use it or the weapon should never be deployed. Training to use a handgun is probably the path of least resistance when deciding how best to protect yourself.

Do not extend a gun toward an assailant if he is close. You are just offering the weapon to him. Maintain enough distance to protect the weapon. Competing in the Self-Defense Division of Martial Arts Tournaments for many years, it was fun practicing weapon disarms. You'd be surprised how quickly a trained fighter can take a weapon away from someone. Don't think inmates in prison don't practice these same techniques. Seek training on carrying, using or firing the weapon. This training should include weapon retention as well. You must also know area laws regarding what weapons can be carried and license requirements for concealment if applicable.

Although a knife and gun are the most common weapons that come to mind, weapons are essentially limitless. Anything that aids in gaining a strategic, physical or mental advantage over an opponent is a weapon.

Ordinary objects can become weapons. Pencils, lamps, marbles, cars and fierce words have all been used as diverse weapons. Weapons then escalate in scale to biological, cyber and ballistic missiles. An effective and innocuous weapon is a stick for example.

Known as Escrima, Kali or Arnis, stick fighting is the national martial art of the Philippines. Known as Filipino martial arts, it is a weapon-based system that uses sticks and bladed weapons. Actually, many students in Filipino Martial Arts system learn to fight with weapons first before advancing to empty handed combat. The muscle memory in both is essentially the same. It also conditions practitioners to fight against armed opponents.

A pair of sticks is usually utilized forcing the fighter to be ambidextrous. These sticks extend the reach and power of the fighter and are always moving in different directions. The constant motion increases velocity, confuses the opponent and minimizes telegraphing where you will strike.

Range and striking force are significantly increased using Escrima sticks. If given a choice, many trained practitioners would choose a stick over a knife in many circumstances. A knife is certainly deadly. But a knife requires a closer range to be effective. The longer range of the stick can hold a knife-wielding attacker at bay if used properly. Therefore, not only should the lethality of the weapon be considered, but the range at which it is lethal must be considered as well.

One of the deadliest bladed weapons used by fighters of the Filipino Arts is the Karambit. It is a small knife from Southeast Asia that is curved and intended to mimic an animal's claw. The destructive force it delivers in such a small package serves as a reminder as to why claws are slightly curved in nature.

Another feature of the Karambit is a ring guard opposite the blade end. A finger is inserted making it difficult to disarm someone using a Karambit. It was originally a farming implement and as it was weaponized became more curved. It is the perfect weapon for a police officer to carry on his weak side in order to access to help protect his weapon on his strong side. It is quick but those carrying a Karambit must first understand its proper deployment and use. Doug Marcaida, a judge on the History Channel's Forged in Fire, is an expert in these stick and edged- weapon arts.  He is a credible source on the use of these weapons.

Peasants in Southeast Asia and other parts of the world first used these types of implements as weapons. Farming tools were the closest items at hand. While the Samurai were the warrior class carrying and training with swords each day, farmers used anything at their disposal. We could list many martial arts weapons that started in this manner. For example, the Nunchaku was a threshing tool used by Okinawan farmers. Bruce Lee popularized its use as a weapon.

Today a pencil at a desk is a weapon. A key chain is a weapon. The point is that in the earliest cultures, everyday items were utilized for protection.

The above is an excerpt from Winning Fights: 12 Proven Principles for Winning on the Street, in the Ring, at Lifeby Dr. Phillip Stephens, publishing date April 2018 by YMAA Publication Center, ISBN: 9781594396304